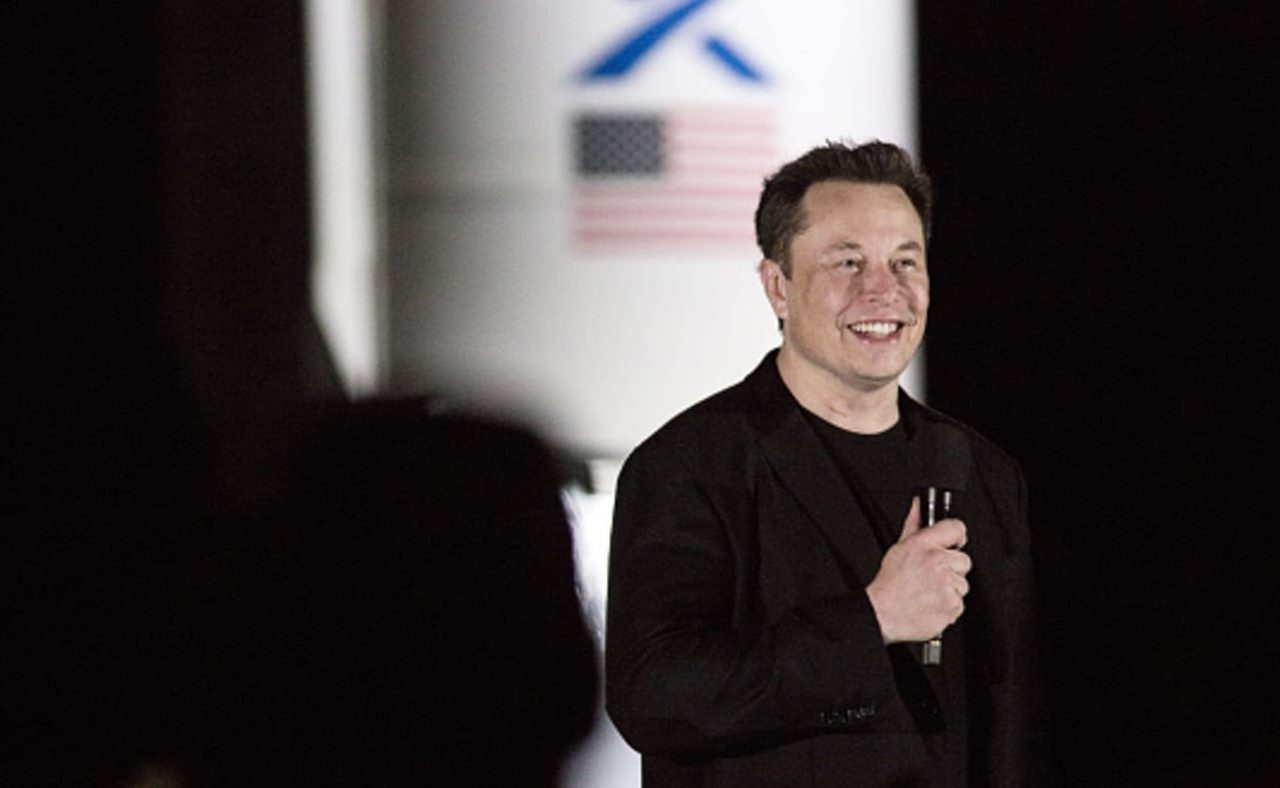 Elon Musk, the head of Tesla, wants to build an electric car factory in Brazil. He was supposed to meet Jair Bolsonaro, the president of Brazil, in Miami in early March, but he was too busy; instead, Musk will go to Brazil sometime this year. All eyes are on the southern Brazilian state of Santa Catarina, whose Secretary of International Affairs Derian Campos is in direct contact with Musk. Two automobile manufacturers—BMW and GM—already have factories in Santa Catarina. Marcos Pontes (Minister of Science, Technology, Innovation, and Communications) held a video conference with Anderson Ricardo Pacheco, a senior Tesla official. They were joined by Daniel Freitas, a congressman, and Claiton Pacheco Galdino, who is the business development director for Criciúma, a city in Santa Catarina. They are eager for Tesla to open a Gigafactory—Tesla’s name for a big factory—in South America’s largest economy.

It helps that Brazil has considerable lithium deposits—mostly in the southeastern states of Minas Gerais and Paraná and in the northeastern states of Ceará and Rio Grande do Norte. The production of lithium is limited, largely having been used for ceramics and glass production. The Bolsonaro government is interested in increasing the production of lithium, including as a key raw material for the lithium-ion batteries that power electric cars such as those made by Tesla. But Brazil’s lithium will not be sufficient. Tesla would need to import lithium from elsewhere.

In a bizarre tweet, the Bolivian entrepreneur Samuel Doria Medina wrote that since Elon Musk and Jair Bolsonaro will discuss the Tesla plant in Brazil, they should add to this initiative the following: “build a Gigafactory in the Salar de Uyuni to supply lithium batteries.” Doria Medina is not just an entrepreneur. He is the vice-presidential candidate alongside the “interim president” Jeanine Áñez for the May 3, 2020, Bolivian presidential elections. Áñez came to power only because of the coup d’état against Evo Morales in November 2019. Doria Medina’s welcome mat to Tesla should, therefore, be seen as having the full authority of the coup government behind it.

Morales’ government had been very cautious with these lithium reserves. It had made clear that these precious resources were not to be turned over to transnational corporations in deals favorable to the firms; what gains come from lithium, Morales had pointed out, must be properly shared with the Bolivian people. The point that Morales’ government made is that any deal must be done with Comibol—Bolivia’s national mining company—and Yacimientos de Litio Bolivianos—Bolivia’s national lithium company. The monetary gains from the mining would come into the Bolivian exchequer and then fund the social programs so necessary for the country. This sensible socialist policy was too much for three major transnational firms—Eramet (France), FMC (United States), and Posco (South Korea)—all three of whom turned tail and went to Argentina.

It was Morales’ socialist policy toward Bolivia’s resources that doomed his government. The oligarchy, which was angry with Morales’ government and its socialism, used every mechanism to undermine the election of 2019. Forest fires in the northern and eastern regions of Bolivia provided the oligarchy’s media with the weaponry to suggest that Morales had abandoned his commitment to the environment and to Pachamama (Mother Earth), and that he was now working to benefit the cattle ranchers; it is important to point that this is not only ridiculous, but that as soon as the coup government of Áñez came into office, it passed legislation that allowed the ranchers to extend their lands into forested areas.

Morales’ opponent—Carlos Mesa—and other senior leaders of the oligarchy’s political parties openly said long before the election that Morales could only win by fraud. A self-proclaimed Council for the Defense of Democracy said that Morales was an illegitimate candidate because he had lost the 2016 constitutional referendum. The media—backed by these corporate and neofascist interests—banged the drum of fraud, while Carlos Mesa—on the night of the election—said that there was “monumental fraud” in the election. These provocations from Mesa, the neofascists, and the corporate elites resulted in street violence; in the midst of this, the police—sections of whom were angry with Morales for cracking down on police corruption—mutinied. The 36 Bolivians who died in the immediate post-election aftermath are victims of Mesa’s incendiary language. The Organization of American States (OAS), egged on by the U.S. government, came up with a “preliminary report” of fraud in the election; the hard conclusions in the report were not substantiated by the data in it. The OAS report played an important role in legitimizing the coup against Morales.

It is important to point out that there was no controversy about Morales’ election in 2014; in that election, Morales won 61 percent of the votes to defeat the entrepreneur Samuel Doria Medina, who won 24 percent (Doria Medina is the same person who is now running for vice president and welcomes Tesla to Bolivia’s lithium). Morales’ term, from the 2014 election, had not yet expired in November 2019; the removal of Morales then violated the mandate of 2014, a point that has received almost no discussion either inside Bolivia or abroad.

John Curiel and Jack Williams of the Election Data and Science Lab of the Massachusetts Institute of Technology (MIT) went over the Bolivian election data and found no fraud: “There is not any statistical evidence of fraud that we can find,” they wrote conclusively in the Washington Post. Curiel and Williams contacted the OAS, but they note, “We and other scholars within the field reached out to the OAS for comment; the OAS did not respond.” By their assessment, Morales won the election in November 2019 and should have been inaugurated this year to a new term.

Terrible pressure by the coup government against the party of Morales (the Movement for Socialism, or MAS)—as well as the presence of USAID monitors and a U.S.-backed head of the election commission, Salvador Romero—suggests that this election on May 3 is not going to be at all fair; it will likely favor the coup government, including the entrepreneur who wants to turn over Bolivia’s lithium to Elon Musk’s Tesla and Jair Bolsonaro’s Brazil.

A World of Lithium

In 2019, the benchmark Bloomberg New Energy Finance’s “Energy Storage Outlook 2019” report anticipated that by 2030, the price of the lithium-ion battery would drop dramatically, and that—as a consequence—renewable energy (solar and wind) plus storage of energy in batteries will expand exponentially. By 2040, there is an expectation that wind and solar will produce 40 percent of world energy consumption, rather than the 7 percent it now produces. For this, demand for energy storage will increase. “The total demand for batteries from the stationary storage and electric transport sectors is forecast to be 4,584GWh (Gigawatt hours) by 2040,” write the Bloomberg analysts, “providing a major opportunity for battery makers and miners of component metals such as lithium, cobalt and nickel.” The current use is merely 9GW/17GWh.

The key point to emphasize here is that this will provide “a major opportunity” for “miners of component metals such as lithium, cobalt and nickel.” When Bloomberg’s analysts use a word like “miners,” they do not mean the Bolivian miners or the Congolese miners, but the transnational firms, such as Tesla and its chief, Elon Musk. As far as Bloomberg and Áñez are concerned, South America is no longer to follow the resource nationalist project of Evo Morales; this is Elon Musk’s South America, a place for the neo-conquistadors to make money and leave behind them social carnage.

Vijay Prashad is an Indian historian, editor and journalist. He is a writing fellow and chief correspondent at Globetrotter, a project of the Independent Media Institute. He is the chief editor of LeftWord Books and the director of Tricontinental: Institute for Social Research. He has written more than twenty books, including The Darker Nations: A People’s History of the Third World (The New Press, 2007), The Poorer Nations: A Possible History of the Global South (Verso, 2013), The Death of the Nation and the Future of the Arab Revolution (University of California Press, 2016) and Red Star Over the Third World (LeftWord, 2017). He writes regularly for Frontline, the Hindu, Newsclick, AlterNet and BirGün.

Alejandro Bejarano is a Bolivian musician, documentarian, and social media manager. In 2016, he received the Medal of Honor for Cultural Merit of the Plurinational Legislative Assembly of Bolivia.

This article was produced by Globetrotter, a project of the Independent Media Institute. 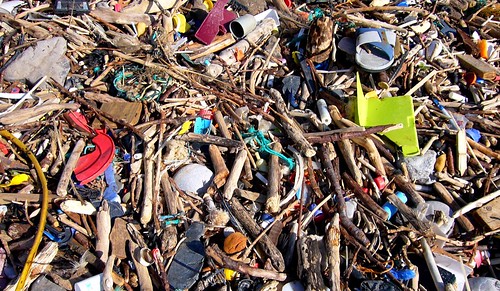