Wellbeing for the Whole Being…

“Compassion for all life is infinitely sustainable.” 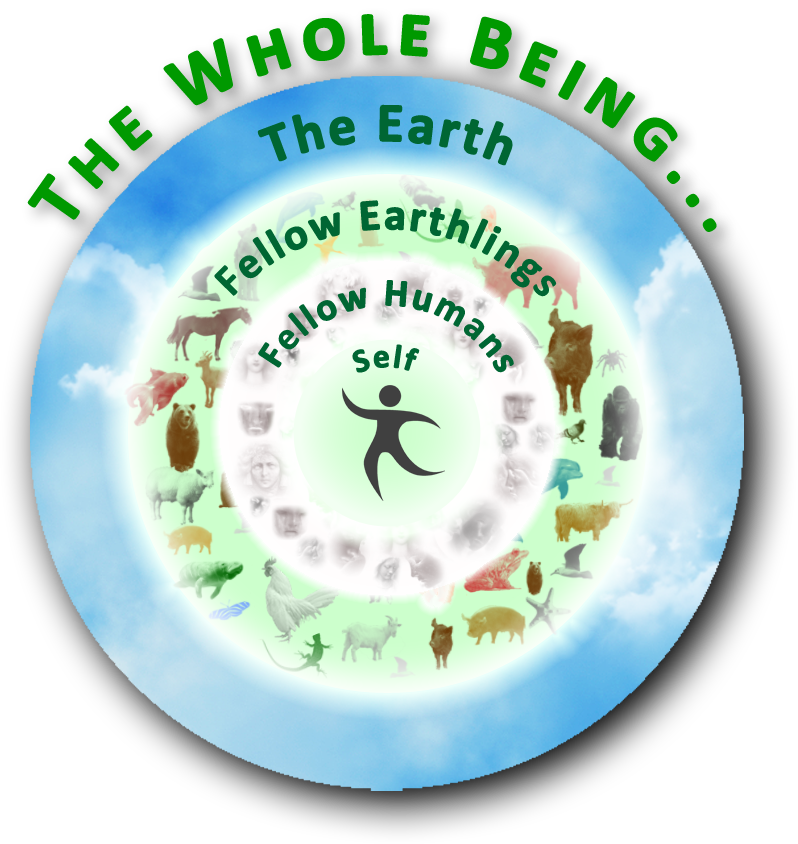 Our Statement of the Challenge…

All living beings and living systems on the earth are highly interdependent...

Our “whole being” is composed of more than just our own personal organism (the Self), but also is an important part of the broader human social systems (Human Society), the network of all living species (our fellow Earthlings), and finally the entire biosphere (the Earth).

Many living systems on our planet are in serious trouble...

It’s all too easy to see that the many living systems of our Earth–both inside and outside of human society–are in serious trouble. In other words, the wellbeing of our “whole being” is seriously threatened.

Many of us in modern society have forgotten about this deep interdependence of all life...

This results in us, out of ignorance, acting in ways that are often very harmful to other living beings and living systems. So we are ultimately also harming ourselves.

Modern society has become increasingly globalized and run by a handful of very harmful industries and organizations...

And making this situation even worse, many of these individuals have developed powerful addictions to the accumulation of personal wealth and power, and they use their power to maintain this dysfunctional and disconnected status quo.

"We the people” (those 99.9% of us not in the “elite” class) unwittingly play our part in maintaining this dysfunctional status quo...

“We the people” have the opportunity to reclaim our power...

…by refusing to continue supporting these harmful industries and practices, and to instead devote our time, energy and money to wholesome organizations and practices that consider the needs of all living beings and living systems on our shared planet. 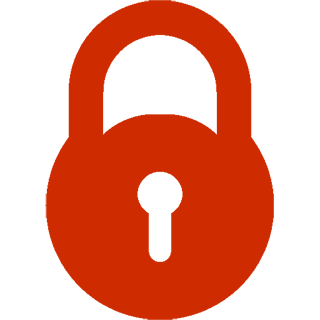 in order to work towards a sustainable world and future, we believe that we as individuals and collectively as a society need to…

1)  Educate ourselves and learn how to separate the truth from the misinformation spread by these harmful industries.

2)  Further develop our own connection with and compassion for the living beings and living systems within the “the whole being”— our selves, our fellow humans, our fellow Earthlings and the Earth which is our mutual home.

3)  Heal the many harms and relational ruptures that have already occurred—within our own spirits, within our families and human society, and within the broader living ecosystems.

4)  Develop creative strategies that will allow all living beings and living systems to live together harmoniously into a long and prosperous future.

“If the world is to be healed through human efforts, I am convinced it will be by ordinary people, people whose love for this life is even greater than their fear. People who can open to the web of life that called us into being.”

-Joanna Macy,
The Work that Reconnects

In order to support the movement towards a sustainable world and future, CNCL’s mission is to…

“Nonviolence is the chosen, mindful approach to life that emerges from standing for love, courage and truth.”

“To be hopeful in bad times is not just foolishly romantic.  It is based on the fact that human history is a history not only of cruelty but also of compassion, sacrifice, courage, kindness.
And if we do act, in however small a way, we don’t have to wait for some grand utopian future.  The future is an infinite succession of presents, and to live now as we think human beings should live, in defiance of all that is bad around us, is itself a marvelous victory.”

Key Concepts of our Work

In simplest terms, the term holistic wellbeing simply refers to the fact that none of us lives an isolated existence. We are each profoundly interconnected with and interdependent upon all other living beings on this planet.

When we consider the profound interdependence inherent in this living network of which we are all a part, it becomes clear that the wellbeing of each of us is intricately tied up with the wellbeing of all of these other living beings and living systems.

“We cannot seek achievement for ourselves and forget about progress and prosperity for our community. . . . Our ambitions must be broad enough to include the aspirations and needs of others, for their sakes and for our own.”

Violence equals disempowerment. In order to understand our use of the term nonviolence, it will help to first explain what we mean by the term violence. Violence occurs when one individual or group attempts to meet one’s own needs at the expense of the needs of other groups or individuals. This generally occurs when there is a power differential of some kind, and one group or individual is able to overpower another. This can occur on an individual basis, such as in the case of personal theft, bullying or murder. Or it can occur in a more socially entrenched way, when one advantaged group overpowers and exploits another, such as in the case of men exploiting women (sexism), the wealthy exploiting the poor (classism), a dominant race exploiting minorities (racism), adults exploiting children or the elderly (ageism), or a dominant species exploiting other species, ecosystems or the earth/biosphere in general (speciesism).

Violence occurs because of disconnection. Our world is profoundly interconnected and interdependent. It is ultimately an illusion that any of us are entirely separate from other members of our society and our world, whether they be other human beings or non-human living beings. In order for any one of us to truly thrive, because of our deep interconnectedness, we ultimately need to live in a thriving human society existing within a thriving natural environment and ultimately a thriving planet (our biosphere).

When we lose sight of this important truth, we are likely to fall prey to a scarcity mentality, and develop the false and very harmful belief that we need to exploit, overpower and/or take from others in order to meet our own needs. When we experience the world in such a disconnected and fragmented way, it is unfortunately only natural to attempt to resort to violent means to attempt to maintain one’s own survival and wellbeing.

But fortunately, there is another way…

Therefore, Nonviolence entails the cultivation of this broader awareness of interconnectedness. It entails the practice of acknowledging the aliveness and the struggle that we all share. And it entails working with rather than against other humans and all other living beings in developing strategies that will meet all of our needs.

“We and everything are connected.  Nonviolence  means living your life sincerely supporting those connections.”

Mohandas Gandhi’s embodiment of this principle in the liberation of the Indian people played a major role in popularizing it, and it has since been used successfully by many leaders such as Dorothy Day, Martin Luther King, Jr., Cesar Chavez, Nelson Mandela and the Dalai Lama, among many others. Of particular interest to those of us in New Zealand is that many decades prior to Gandhi’s work, Maori leader Te Whiti o Rongomai and his kin were utilizing Nonviolent methods to resist the oppression of their people. In 2003, this foundational work was formally acknowledged by the representatives of Martin Luther King, Jr. and Mahatma Gandhi.

In order to understand what we mean by conscious living, it will help to first explain what we mean by the terms needs and strategies, drawing these concepts from Nonviolent Communication, a model that we feel provides an excellent framework for cultivating wellbeing and a sustainable life.

Needs:  All living organisms—whether a microbe, an insect, a tree, a human being, or an entire ecosystem—have certain requirements in order to maintain their existence and ultimately to thrive. It is these requirements that we are calling needs. The more complex the organism, the more complex its needs; and considering that human beings are particularly complex organisms, it only makes sense that we have many needs.

As human beings, we can say that we all share a common set of basic needs with each other, though we are each unique in the degree to which each of us may value any particular need. Here is what we feel is a particularly comprehensive list of such needs (compiled by Meganwind Eoyong, a Nonviolent Communication teacher).

Strategies:  While all human beings share this common set of needs, the particular methods that are used to meet these needs can vary dramatically. We refer to these particular methods of trying to meet one’s needs as strategies, and strategies generally are unique and not necessarily universal. In addition, it’s clear that some strategies may be much more beneficial and/or much less harmful than others.

This is why we believe in the power of Nonviolent Communication—that by honoring and addressing the needs of all those involved in a particular issue, we are more likely to arrive at strategies that result in truly sustainable wellbeing for all of us.

And this is what we mean by conscious living…   by becoming more conscious of the consequences of my actions and everyday choices (i.e., by becoming aware of my own needs and the needs of others that are met and/or unmet by my choices), it is far more likely that I will be able to create a life that is enjoyable and sustainable for me and for those who share this world with me.

“Happiness is when what you think, what you say, and what you do are in harmony.”