“Asha Sanctuary is a 501(c)3 Not for Profit Organization that rescues, rehabilitates and provides shelter to abused farmed animals. “ 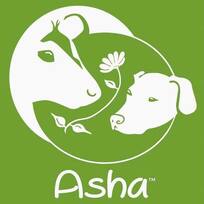 “The Association’s work and aims are based mainly on the following areas: Denounce the abuse and ill treatment of animals. Promote and participate in drawing up appropriate legal standards. Pressurise through acts of protest or vindication. Information and awareness campaigns. Preparing and publishing educational programmes. Editing publications and awareness material. Promote participation platforms in favour of respecting animals. The people that direct the NGO, and set up activity programmes, do so full time, voluntarily and generously.”

Association for Environmental and Outdoor Education

“Our mission is to support and inspire educators in their quest for the knowledge, skills, and attitudes essential to help all learners understand, appreciate and care for their environment. As an integral part of achieving our mission, we encourage direct experience outdoors.”

Association for the Protection of Animals “Anima Mundi”

“The ANIMA MUNDI Animal Welfare Association is a citizen association created to initiate a commitment and public fight against all forms of animal abuse and exploitation by humans. We aim at individual and collective change of human consciousness and spreading awareness of the true nature of animals as beings that experience pain, suffering, fear. We believe that all living beings who feel they have a right to life and freedom. The ultimate goal of ANIMA MUNDI is to abolish all forms of animal abuse, torture and exploitation. ANIMA MUNDI’s vision is a humane world – a world free of violence, torture, exploitation of animals by humans and their perception as conscious and sensitive living beings naturally entitled to life and liberty. The mission of the association is to incite and lead the fight against all forms of animal abuse and exploitation by humans and act through 1) education (dissemination of information in order to create individual and collective awareness); 2) lobbying and cooperating with institutions for favorable legal framework and implementation of laws; as well as through 3) active field work. In this way it will contribute to the protection of animals and humanization of the Macedonian society as a whole.”

“Welcome to the Auckland Horse Haven. We are the leading Horse Re-homing Haven. The haven was founded in 2006. We have quickly become successful with retraining and working with all horses that otherwise had very uncertain futures. Please note while we are open most days for viewing for horse for rehoming, this must be booked and we are not open Sundays.”

Library of Pacifica’s alternative/community-based radio programming: ” ‘The Pacifica AudioPort’, or AudioPort for short, is Pacifica’s system for distributing programming for broadcast, on the Internet. It is in spirit an extension of our KU satellite distribution system, yet add much more flexibility to our distribution options.”

“The National Audubon Society protects birds and the places they need, today and tomorrow, throughout the Americas using science, advocacy, education, and on-the-ground conservation. Audubon’s state programs, nature centers, chapters, and partners have an unparalleled wingspan that reaches millions of people each year to inform, inspire, and unite diverse communities in conservation action. Since 1905, Audubon’s vision has been a world in which people and wildlife thrive. Audubon is a nonprofit conservation organization.”

“Opening the doors to an industry that relies on secrecy. An increasing number of cruelty exposés at Australian slaughterhouses highlight the barbaric and terrifying nature of the annual killing of hundreds of millions of animals for human consumption. The Aussie Abattoirs website seeks to bring these practices into the public consciousness in order to ask the question, is any of it really necessary?”

“Ducks Out of Water: An inside look at the farming of ducks for meat in Australia”

News & Media Blog. “ACF is Australia’s national environment organisation. We are half a million people who speak out for a world where forests, rivers, people and wildlife thrive. We are proudly independent, non-partisan and funded by donations from our community.”

“The Australian and New Zealand Solar Energy Society promoted the understanding and use of solar energy in all its forms and applications especially for the home.”

“Reduce military spending, Keep space for peace, US bases out of Australia, Reject the US-Australian Military Alliance, A nuke free world, No US base on Manus Is”

“An undercover investigation by Animal Liberation NSW… The regulating authorities have failed to advocate for these animals. We see it as our duty to assist and protect these animals by documenting evidence of their suffering and to show the public the truth of what is happening behind these shed walls, to put pressure onto the regulating authorities to act to end this suffering.”

“ACF is Australia’s national environment organisation. We are half a million people who speak out for a world where forests, rivers, people and wildlife thrive. We are proudly independent, non-partisan and funded by donations from our community.”

Australian Egg Farming: The Inside Story

“Formed in 1997, the Australian Nuclear Free Alliance (formerly the Alliance Against Uranium) brings together Aboriginal people and relevant civil society groups concerned about existing or proposed nuclear developments in Australia, particularly on Aboriginal homelands. The Alliance provides a forum for sharing of knowledge, skills and experience. It is an opportunity to come together and find strength through our shared aims to protect country and culture from nuclear developments. The Alliance helped to build the successful campaign to stop the Jabiluka uranium mine in the Northern Territory, and more recently, proposed national nuclear waste dumps in South Australia and Muckaty in the NT. Currently, Aboriginal communities face a wave of uranium exploration, several proposed new uranium mines, and a proposed national nuclear waste dump.”

“A campaign by Animal Liberation NSW”

“An undercover investigation by Animal Liberation ACT and NSW”

“AV Magazine is a publication of the American Anti-Vivisection Society. Each issue of the AV focuses on one important topic related to the use of animals in research, testing, and education. With your donation of $15 or more, you’ll become an AAVS Member and receive AV Magazine (in print) for one year; and the digital version is available here.”