“You may be familiar with vegan non-fiction books such as ‘Eating Animals’ and you probably own a vegan cookbook at least. But for those who enjoy reading literature, how frequently do you come across vegan books? A book that has vegan characters and a storyline where no animals are being harmed or eaten? Or perhaps even a story which speaks up for non-human animals? We are so used to be reading about non-vegans in books, that we often take this for granted…To give you a brief idea of what is out there I have made a top 10 list of life-changing vegan fiction books that I personally really enjoyed and that stood out for me. You might like them too, why not give them a try?”

“A Non-Traditional Practice for America’s Inner City Youth & Young Adults…Our program, The Youth Escape Arena model, redirects those off track in the arena of life. We are experts in the field, working with “At-Promise” youth and young adults who are often identified as the “At-Risk” population. The Youth and Young Adult Escape Arena, reconnects those who have disconnected themselves from school, work, group homes, and traditional living environments in their communities, and reconnects them with strategic plans that address their social emotional living, exposing the path to escape to an arena of alternative options, to an arena of positive outcomes. “

“As a vibrant youth oriented non-governmental organization committed to the empowerment of the youth of Ghana and Africa, Our foremost goal is to inspire and empower the youth of Africa inform themselves of challenges that awaits them in their lifetimes and take action to address them. “

“The Youth Justice Coalition is working to build a youth, family, and formerly and currently incarcerated people’s movement to challenge America’s addiction to incarceration and race, gender and class discrimination in Los Angeles County’s, California’s and the nation’s juvenile and criminal injustice systems. The YJC’s goal is to dismantle policies and institutions that have ensured the massive lock-up of people of color, widespread law enforcement violence and corruption, consistent violation of youth and communities’ Constitutional and human rights, the construction of a vicious school-to-jail track, and the build-up of the world’s largest network of jails and prisons. We use transformative justice and community intervention/peacebuilding, FREE LA High School, know your rights, legal defense, and police and court monitoring to “starve the beast” – promoting safety in our schools, homes and neighborhoods without relying on law enforcement and lock-ups, preventing system contact, and pulling people out of the system. We use direct action organizing, advocacy, political education, and activist arts to agitate, expose, and pressure the people in charge in order to upset power and bring about change. “ 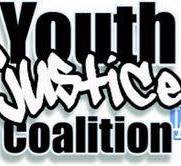 “Founded in 1986, Youth Service America® supports a global culture of engaged children and youth committed to a lifetime of meaningful service, learning, and leadership. With half the world’s population under age 25, our mission is to help all young people find their voice, take action, and make an impact on vital community issues. Starting in 2016, Youth Service America® will focus all our assets and outcomes on achieving the Sustainable Development Goals by 2030.”

Blog. “Founded in 1986, Youth Service America® supports a global culture of engaged children and youth committed to a lifetime of meaningful service, learning, and leadership. With half the world’s population under age 25, our mission is to help all young people find their voice, take action, and make an impact on vital community issues.”

“ZCommunications – A community of people committed to social change…Z Commentaries are sent every night to all Z Sustainers, and have been for many years. They are a kind of thank you mailing, you might say, for those who are supporting our overall operations. Commentators are diverse and many. A few of the more prominent ones are listed in the top menu, to show just their work. “

“Zeitgeist: Addendum, a 2008 documentary film produced by Peter Joseph, is a continuation of the film Zeitgeist, the Movie. The film includes facts regarding the Federal Reserve System in the United States, the CIA, Corporate America and others, concluding the advocation of a libertarian movement called the Venus Project, created by social engineer Jacque Fresco. The movie was released free online on October 4, 2008…The failure of our world to resolve the issue of war, poverty, and corruption, rests within a gross ignorance about what guides human behaviour to begin with. ‘Zeitgeist-Addendum’ addresses the true source of the instability in our society, while offering the only fundamental, long term solution. Director Peter Joseph has the ability to take risky subject matter and turn it into a visually, emotionally, and intellectually compelling case for a “greater point of view.”” 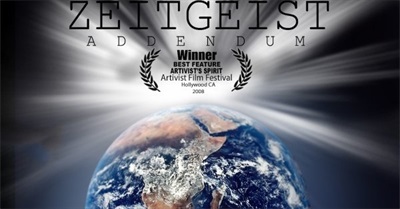 “A feature length documentary by Peter Joseph that presents the case for a needed transition out of the current socioeconomic monetary paradigm which governs the entire world society. The film intends to transcend the issues of cultural relativism and traditional ideology and move to relate the core, empirical life ground attributes of human and social survival, extrapolating those immutable natural laws into a new sustainable social paradigm called a Resource-Based Economy. Following on fromZeitgeist: Addendum, and the Zeitgeist Movement Activist and Orientation Guide, Moving Forward reinforces and clarifies the information presented in those films. It is done so in a crystal clear fashion beginning with an examination of the conditioning that shapes our behavior, moving on to the failures of the monetary/market system, it’s resultant socio-economic collapse and finally, the transition into a resource based economy for the betterment of humankind.” 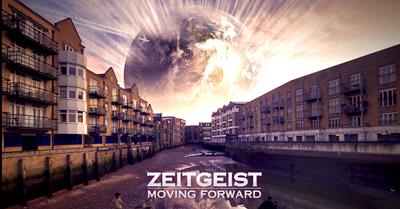 “ZeroHedge is described as a “markets-focused” blog, that presents both in-house analysis, and analysis from investment banks, hedge funds, and other investment writers and analysts.” -Wikipedia

“Z’s History – South End Press (1978) was founded to raise consciousness about class, gender, race, and power and to provide information, analysis, and vision to help activism…A community of people committed to social change…ZNet has tens of thousands of files and diverse facilities. “

“The single national site for the collection of nuclear waste, the Sogin, the Characters, the Norms, the business of radioactive waste, the ambiguous situations of a story around which billions of Euros turn.”

﻿﻿”Blackberry Creek Farm Animal Sanctuary was founded in November of 2014 by two middle school teachers who wanted to pair their love of animals and their concern for students to create a more compassionate world. By partnering children and adults who have suffered loss, trauma, neglect, or loneliness with animals who have experienced the same, magic is sparked. Friendships born between humans and animals encourage people to think of them as individuals with feelings and personalities, and the empathy born from these relationships creates kindness and goodwill toward all creatures and all people, something this world could use a great deal more of.”