Addiction, Climate Change, and the Psychology of Recovery

“As a budding cultural ecologist and student of the emerging field of Ecopsychology, I couldn’t help but draw parallels between our relationship to addiction, drugs, and recovery and our relationship to oil, gas, coal, unchecked capitalism, and all the things that we think we need to keep investing in despite knowing that they aren’t serving us or the rest of life on Earth anymore. How does addiction relate to our relationship to the living world? How have we, as a society, treated our planet and interpreted how to deal with the ecological crisis that we are currently faced with? “

“From the Seventh-day Adventist Church’s earliest beginnings, many of its members have dedicated their lives to working for peace and social justice “for the healing of the nations.” The Adventist legacy of social engagement has not always been a proud or heroic one, yet the Adventist tradition, at its best, has inspired—and continues to inspire—a passionate commitment to peacemaking, human rights, care for the environment, and solidarity with persons of all beliefs or none for the sake of the common good. The Adventist Peace Fellowship (APF) is an independent 501(c)(3) non-profit organization founded in 2001 that seeks to raise consciousness about the centrality of peacemaking and social justice to the beliefs and heritage of Adventists. We support public service, activism, advocacy, and scholarship that reflects the radical spirit of many Adventist pioneers. We welcome all Adventists and friends of Adventists to join our network and to add their voices and their talents to the work of peacemaking.” 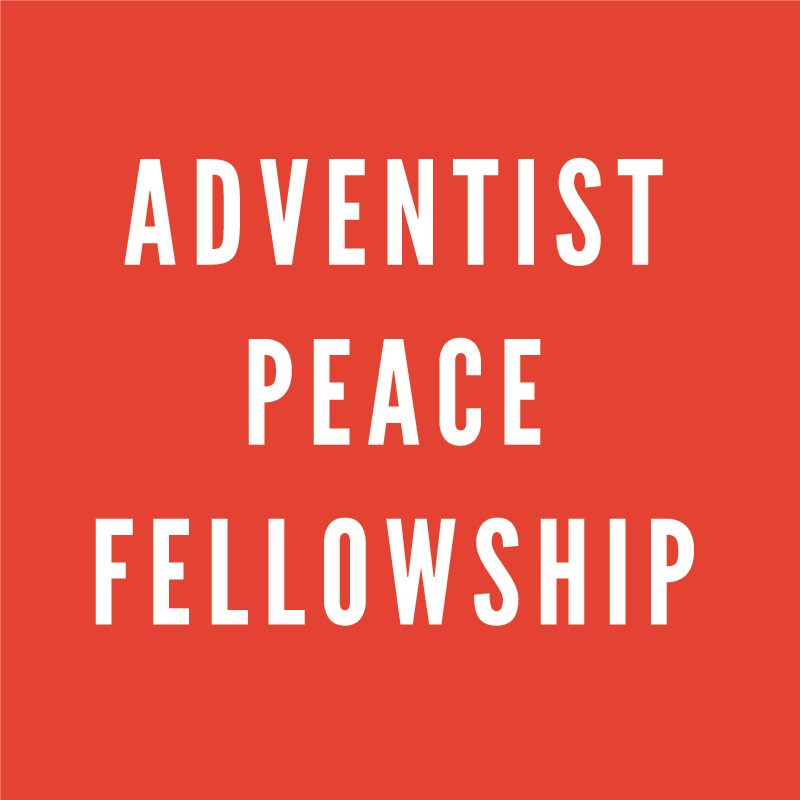 “We present Advocacy for Animals as a source of information, a call to action, and a stimulus to thought regarding humanity’s relationship with nonhuman animals. We support worldwide efforts to ensure the humane treatment of animals, to develop scientific understanding of their nature, to promote their well-being, and to protect and restore the natural environment.”

“This book is a call to action. Since the beginning of time, there have been—in total—about 110 billion humans who have lived and died. We kill more nonhuman animals than that every single year. Think about that for a second. Our exploitation of nonhumans represents violence on a scale that is unparalleled. The largest number of animals we kill is for food—about 60 billion land animals and at least one trillion sea animals killed annually. And there are many billions more killed every year for various other reasons, including biomedical research, entertainment, and sport….In Advocate for Animals! – An Abolitionist Vegan Handbook, Gary Francione and Anna Charlton, two of the original pioneers of this Abolitionist movement, provide a practical guide about how you can become an effective voice in this most important movement for justice. They give you all sorts of ideas of how to advocate, and provide many examples of actual discussions so that you can see the sorts of approaches you can use in your own discussions with others.”

Book: “Classic Quaker arguments why Christians should neither fight in wars nor pay others to fight in their place by paying taxes that sustain the military.”

Agenda for a New Economy: From Phantom Wealth to Real Wealth

Book: “Nearly two years after the economic meltdown, joblessness and foreclosures are still endemic, Wall Street executives are once again getting massive bonuses, and our leaders in Washington lack the will to make desperately needed fundamental changes to the economy. Change will have to come from below. Agenda for a New Economy is the handbook for that revolution. In this revised and updated edition David Korten has fleshed out his vision of the alternative to the corporate Wall Street economy: a Main Street economy based on locally owned, community-oriented “living enterprises” whose success is measured as much by their positive impact on people and the environment as by their positive balance sheet. We will lose nothing in the process because, as Korten ably demonstrates, the supposed services Wall Street offers are simply a con game. And Korten now offers more in-depth advice on how to mount a grassroots campaign to bring about an economy based on shared prosperity, ecological stewardship, and citizen democracy.” 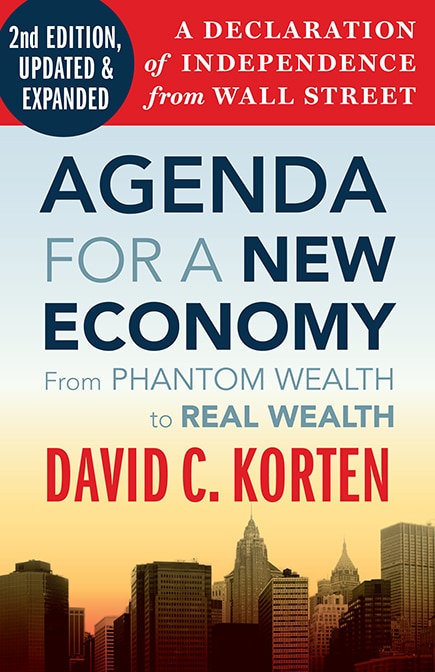 “Al Bawaba, through its network of sites, combines the most substantive content licensing system in the Arab World with a unique and growing news community, cutting edge technology and first rate journalism. Our audience is growing at a rapid pace, as are the distinguished list of clients who recognize the value of the services we offer. Founded in 2000, Al Bawaba is considered one of the oldest and most pioneering online media websites in the Middle East and North Africa region, having built on many successes throughout a time period spanning more than a decade.”

“The Albert Einstein Institution is a nonprofit organization founded by Dr. Gene Sharp in 1983 to advance the study and use of strategic nonviolent action in conflicts throughout the world. We are committed to the defense of freedom, democracy, and the reduction of political violence through the use of nonviolent action. Our goals are to understand the dynamics of nonviolent action in conflicts, to explore its policy potential, and to communicate this through print and other media, translations, conferences, consultations, and workshops. The Institution has been responsible for the translation and dissemination of some of the most influential texts on nonviolent action. Many of these works have been studied among resistance movements worldwide.”

“All Animals, our award-winning magazine, is packed with stories about how your donations are changing the world for animals. Inside each issue, we give you the latest on how you’re helping us fight for all animals, as well as profiles of people on the front lines, tips for caring for your pets and protecting wildlife, heartwarming tales of rescue and rehab, actions you can take and more. Beautifully illustrated and thoroughly researched, All Animals will inspire you and keep you informed on the issues you care about.”

All the difference in the world

“The urgent need to rescue thousands of animals from the destruction of a tornado brings out the best in a group of young activists. In one of the largest animal rescues in US history, Cayce Mell, Jason Tracy, and a team of volunteers race against time to remove countless birds trapped in crushed metal cages and transport them to safety at their sanctuary. Working themselves to exhaustion, Jason and Cayce struggle to cope with overwhelming emotions. They know they can only rescue a small portion of the birds doomed by an unjust and indifferent industry. Ultimately, they must find a way to overcome their own despair and save as many individuals as they can while sending a message of compassion to the public.”

“We are dedicated to cruelty-free living through a vegan lifestyle according to Judeo-Christian ethics. Unconditional love and compassion is the foundation of our peaceful means of accomplishing this goal for all of God’s creatures, whether human or otherwise.”

“Working for a Peaceful World for Humans, Animals and the Environment”

“We began as an alliance of affected peoples, organizers, health workers, and scientists who wanted to take on a military complex that was poisoning communities, wasting billions of our money, and putting the world at risk. ANA supports our over 30 member organizations and groups who are working throughout the country to empower citizens to take action and to protest an opaque and mismanaged nuclear complex. Our leaders, from across the country, are experts who are deeply rooted in the impacts of nuclear weapons, waste, and energy on our health and environment. We work to find solutions that can achieve a vision of a modern society that runs off renewable energy sources, has verifiably dismantled the world’s nuclear arsenal, and has responsibly disposed of our nuclear waste. We are not against nuclear science but we are against its irresponsible and dangerous use for political reasons.”

Alliance for the Wild Rockies

“Alliance for the Wild Rockies (AWR) formed in 1988 to meet the challenge of saving the Northern Rockies Bioregion from habitat destruction. We are thousands of individuals, business owners, and organizations taking a bioregional approach to protect and restore this great region. Our mission is to secure the ecological integrity of the Wild Rockies Bioregion through citizen empowerment and the application of conservation biology, sustainable economic models and environmental law.”

Alliance for the Wild Rockies – Blog

Blog. “Alliance for the Wild Rockies (AWR) formed in 1988 to meet the challenge of saving the Northern Rockies Bioregion from habitat destruction. We are thousands of individuals, business owners, and organizations taking a bioregional approach to protect and restore this great region. Our mission is to secure the ecological integrity of the Wild Rockies Bioregion through citizen empowerment and the application of conservation biology, sustainable economic models and environmental law.”

“The Alliance of Community Trainers is a small collective that works with broader networks of trainers, allies organizations and projects. ACT offers knowledge, tools, and skills to individuals, organizations and communities to empower sustainable transformation.”