Presentations to educate. “Empowering people to help save animals, the environment, and our own health through our daily food choices. From social justice to public health to sustainability, factory farming is one of the most serious issues facing the planet. By educating young people and stakeholder audiences about the realities of factory farming, FFAC works to build both a consumer base for a sustainable, compassionate food system and an informed citizenry that supports cultural and legislative change.” 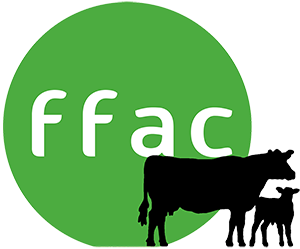 “Go behind the scenes of the meat, dairy, and egg industries, all in just one minute. “

“FAIR, the national media watch group, has been offering well-documented criticism of media bias and censorship since 1986. We work to invigorate the First Amendment by advocating for greater diversity in the press and by scrutinizing media practices that marginalize public interest, minority and dissenting viewpoints. As an anti-censorship organization, we expose neglected news stories and defend working journalists when they are muzzled. As a progressive group, FAIR believes that structural reform is ultimately needed to break up the dominant media conglomerates, establish independent public broadcasting and promote strong non-profit sources of information. Uniquely, FAIR works with both activists and journalists. We maintain a regular dialogue with reporters at news outlets across the country, providing constructive critiques when called for and applauding exceptional, hard-hitting journalism. We also encourage the public to contact media with their concerns, to become media activists rather than passive consumers of news.”

“The Coalition of Immokalee Workers’ (CIW) Fair Food Program is a unique partnership among farmers, farmworkers, and retail food companies that ensures humane wages and working conditions for the workers who pick fruits and vegetables on participating farms. It harnesses the power of consumer demand to give farmworkers a voice in the decisions that affect their lives, and to eliminate the longstanding abuses that have plagued agriculture for generations.”

Film: “This stunning film takes you on a hypnotic journey, reaching to the past to understand the origins of the catastrophic environmental transitions we now face. Over two years, director Matt Anderson traveled 16,000 miles to document firsthand our modern industrial world and the environmental destruction in its wake. In the process, he discovered exciting strategies to help humanity transcend the coming ecological and psychological crisis. Some of today’s most progressive thinkers, from anthropologists and bio-architects to psychologists and journalists collectively recreate a story of humanity and the history of Earth, illuminating a desperately needed new path for us to take. Fall and Winter is a survival guide for the 21st Century.” 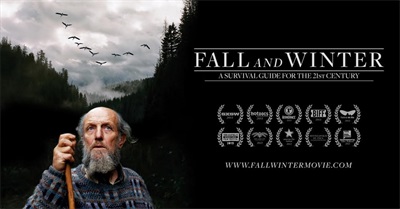 “We have a dream… that Family HEART Camp is a place where children learn to cherish, honor and respect their parents, and parents learn to cherish, honor and respect their children. We create a supportive community of like-minded people who feel like a new family by the end of the week. We envision an environment where parents and children thrive, supported by experienced staff and by their new friends. We want to make it possible for parents and children to learn new skills together to support harmony, cooperation and peace in their families, with lots of play and fun for everyone.”

“Farm Animal Rights Movement (FARM) is a charitable organization working for the vision of a world where animals are no longer raised or killed for food. We operate from the nation’s capital through a network of remote activists. We advocate for animals through massive public awareness initiatives in the U.S., Israel, and East Asia. We organize the world’s largest annual animal rights conference that nurtures both aspiring vegans, as well as budding and seasoned activists.”

“Vegan.com offers the Internet’s most comprehensive and accurate source of vegan information on every topic, with expanding coverage and updates happening every week.”

“Farm Sanctuary was founded in 1986 to combat the abuses of factory farming and encourage a new awareness and understanding about farm animals. Today, Farm Sanctuary is the nation’s largest and most effective farm animal rescue and protection organization. We have rescued thousands of animals and cared for them at our sanctuaries in New York and California. At Farm Sanctuary, these animals are our friends, not our food. We educate millions of people about their plight and the effects of factory farming on our health and environment. We advocate for laws and policies to prevent suffering and promote compassion, and we reach out to legislators and businesses to bring about institutional reforms.”

Revealing what happens to animals at farms, hatcheries and slaughter plants.

“Hi everybody! We are a vegan farm animal sanctuary in Otaki, just over an hour drive from Wellington. Every day we care for over 200 animals (ponies, cows, goats, pigs, sheep, chickens, ducks, cats, bunnies and more) who have been abandoned, injured or mistreated. We are looking for people, either single or a couple, to come and join us for a minimum of a month. If you are the right fit there might be a more permanent place for you – some people choose to stay for a year or more.”

A directory of farmed animal sanctuaries in the USA and worldwide.

Fast Food Nation: The Dark Side of the All-American Meal

Book: “Fast food has hastened the malling of our landscape, widened the chasm between rich and poor, fueled an epidemic of obesity, and propelled American cultural imperialism abroad. That’s a lengthy list of charges, but here Eric Schlosser makes them stick with an artful mix of first-rate reportage, wry wit, and careful reasoning.
Schlosser’s myth-shattering survey stretches from California’s subdivisions where the business was born to the industrial corridor along the New Jersey Turnpike where many fast food’s flavors are concocted. Along the way, he unearths a trove of fascinating, unsettling truths — from the unholy alliance between fast food and Hollywood to the seismic changes the industry has wrought in food production, popular culture, and even real estate. He also uncovers the fast food chains’ disturbing efforts to reel in the youngest, most susceptible consumers even while they hone their institutionalized exploitation of teenagers and minorities.”

Documentary: “Morbidly obese Joe Cross endeavors to drink only fruit and vegetable juice for 60 days in an effort to lose weight, reboot his health, and inspire others along the way.” 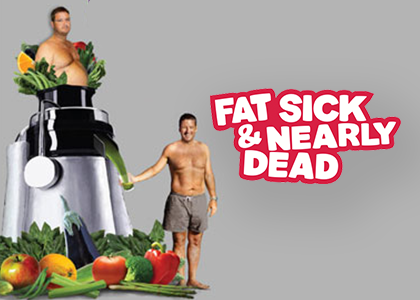 “A step towards creating an impartial, comprehensive, and searchable national database of people killed during interactions with law enforcement.”

Video: “With infectious enthusiasm and heartfelt compassion, Father Frank Mann, a Catholic priest for 35 years, describes his recent awakening to the cruelty and injustice endured by animals used for food. Already involved in rescuing cats from the streets of his New York City neighborhood, he finds himself challenged by a question posed on a freeway billboard: Why do we care about some animals and eat others? Father Frank is electrified by the realization that we can choose to abandon this unnecessary violence. His mission, “to be a champion of healing, hope and justice,” was inspired by visionaries such as Dorothy Day and Thomas Merton, whom he felt showed both kindness and moral courage in the face of injustice. To their vision of a more equitable and peaceful world, he believes the time has come to add care and respect for all sentient beings. Father Mann and The Tablet, a Catholic newspaper, hosted the New York City premiere of Peaceable Kingdom – The Journey Home, Tribe of Heart’s award-winning documentary about farmers who had a change of heart about animals.” 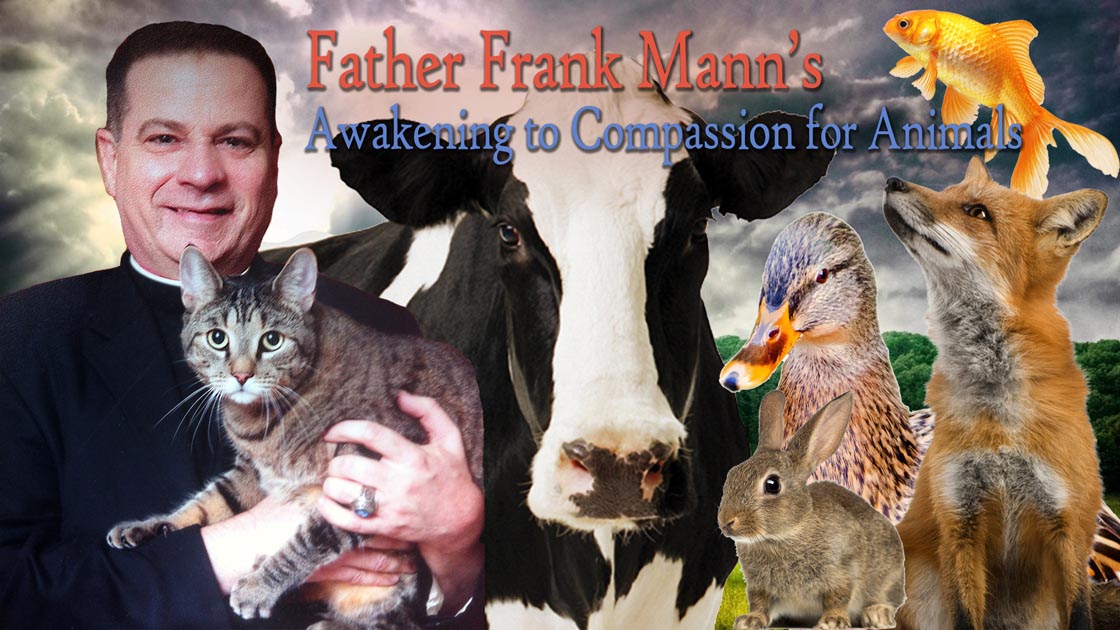 “Faunalytics is a nonprofit research organization dedicated to helping animals by providing useful information to advocates to help them increase their impact. Faunalytics conducts essential research like impact evaluations, opinion polls, audience surveys, focus groups and other types of studies. Our results can help you understand how people think, so you can choose the best ways to influence them. Our history shows a dedication to our mission: to make you more powerful in creating change for animals.”

“Our blog provides opinions, insights, and occasional announcements from Faunalytics staff members and some guest authors…Faunalytics is a nonprofit research organization dedicated to helping animals by providing useful information to advocates to help them increase their impact. Faunalytics conducts essential research like impact evaluations, opinion polls, audience surveys, focus groups and other types of studies. Our results can help you understand how people think, so you can choose the best ways to influence them. Our history shows a dedication to our mission: to make you more powerful in creating change for animals.”

“A monthly roundup of statistics and figures from around the world, to help you do your animal advocacy more effectively.”