Book: “Written by a premier group of 21 thinkers from around the world, the second edition of Alternatives to Economic Globalization lays out democratic, ecologically sound, socially just alternatives to corporate globalization more fully, specifically, and thoughtfully than has ever been done before. Focusing on constructive, achievable goals, the authors present ten governing principles for establishing truly sustainable societies and describe alternatives to the World Bank, the IMF, and the WTO that would better serve the needs of the planet. They offer detailed proposals for protecting vital goods and services from corporate exploitation, limiting corporate privileges and power, rebuilding economies to make them more responsive to human needs, and more. This revised and expanded edition features a new opening chapter on the global balance of power, a new section on the media and globalization, and a new final chapter on what ordinary citizens can do to fight the injustices of globalization. It also includes many new charts, sidebars, and other updated information.” 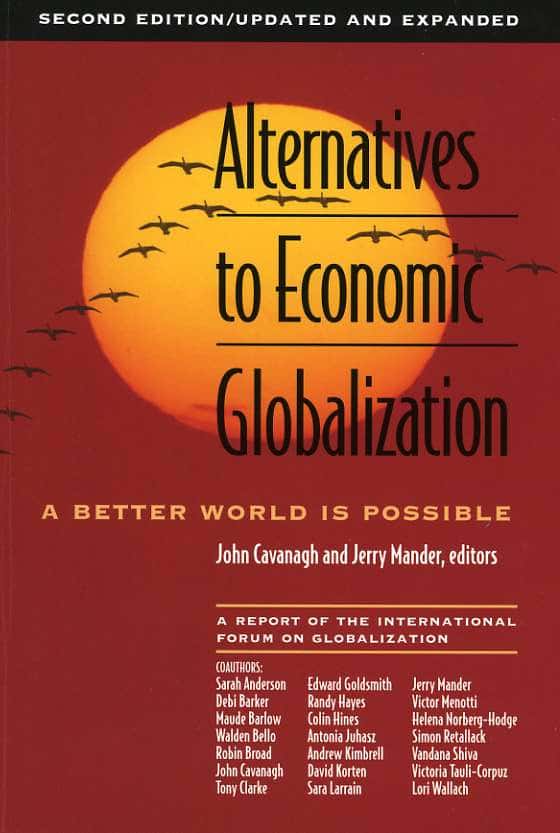 “Welcome to AVPQ Online. AVPQ is a growing community of people who support those actively seeking nonviolent solutions to conflict. Members share experiences, skills, information and their time. It is a multicultural, independent, non-profit association of trained volunteers, offering experiential workshops that can help people to change their lives.”

“AlterNet is an award-winning news magazine and online community that creates original journalism and amplifies the best of hundreds of other independent media sources. AlterNet’s aim is to inspire action and advocacy on the environment, human rights and civil liberties, social justice, media, health care issues, and more. Since its inception in 1998, AlterNet.org has grown dramatically to keep pace with the public demand for independent news. We provide free online content to millions of readers, serving as a reliable filter, keeping our vast audience well-informed and engaged, helping them to navigate a culture of information overload and providing an alternative to the commercial media onslaught.”

“The stunning documentary Amandla! A Revolution in Four-Part Harmony tells the story of protest music in South Africa–but as it does so, it tells the story of the struggle against apartheid itself, for the music and the revolution are inseparable. Through archival footage and interviews with musicians, freedom fighters, and even members of the former government police, Amandla! creates a vivid and powerful portrait of how music was crucial not only to communicating a political message beyond words, but also to the resistance itself–how songs bonded communities, buoyed resistance in the face of bullets and tear gas, and sowed fear in the ruling elite. Part history, part musical exploration, part sheer force of life, Amandla! captures both the sorrow and the triumph of life in South Africa from the 1950s to 1990, when Nelson Mandela and the African National Congress came into power. “ 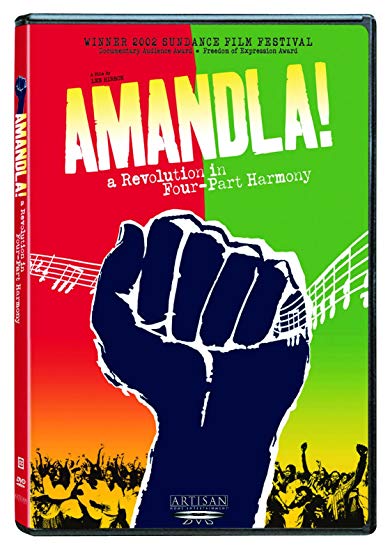 “Ending the use of animals in science through education, advocacy, and the development of alternative methods.”

“AFSC is a Quaker organization devoted to service, development, and peace programs throughout the world. Our work is based on the belief in the worth of every person, and faith in the power of love to overcome violence and injustice.”

“The mission of American Rivers is to protect wild rivers, restore damaged rivers and conserve clean water for people and nature…We combine national advocacy with field work in key river basins to deliver the greatest impact. We are practical problem-solvers with positions informed by science. We build partnerships and work closely with local river advocates, business and agriculture interests, recreation groups and others to forge win-win solutions. And with our expertise, outreach, and additional grants, we deliver the highest return on investment.”

“Established in 1954, the American Solar Energy Society (ASES) is a 501(c)(3) non-profit that advocates for sustainable living and 100% renewable energy. We share information, events and resources to cultivate community and power progress in the U.S. and beyond. As the U.S. section of the International Solar Energy Society (ISES), we work with individuals and groups around the world to accelerate the transition to a renewable energy and sustainable living society.”

“American Vegan Society (AVS) is a 501(c) (3) nonprofit here for you to learn about a compassionate way of life since 1960. AVS provides community and friendship to the general public and welcomes everyone to learn about veganism.”

“Amnesty International is a global movement of more than 7 million people in over 150 countries and territories who campaign to end abuses of human rights.”

An Action A Day Keeps Global Capitalism Away

Book: ““An Action A Day Keeps Global Capitalism Away,” according to Mike Hudema, describing his action guide for the 21st century. This lively, challenging, and decidedly fun book is designed for activists and concerned citizens who want to change the world. Hudema introduces readers to a variety of issues, including social action, organizing, theatrical action, civil disobedience, and using the media.The book contains fifty-two tried and tested actions, one for every week. Each action includes a rationale–what you need to pull it off, and examples of where it could be used. From Radical Cheerleading, to Fishing in the Sewers, and Gas Mask Car Shopping, there’s something for everybody.” 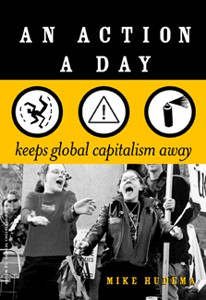 An Energy Revolution is Possible

Link to summary report and full technical report . “The 782 wealthiest people on the planet hold personal fortunes of around $5,149 billion. Friends of the Earth International calculates that this sum could power Africa, Latin America and much of Asia with 100% renewable energy by 2030. This briefing clearly illustrates that the finance for an energy revolution certainly exists. The political will to drive the transformation is, on the other hand, shockingly absent. It is a gross injustice that 0.00001% of the global population hold the kind of wealth that could halt a climate disaster, but instead often exacerbate the problem.”

“To do power structure research it is first necessary to familiarize yourself with the findings of previous studies. Here are some suggestions about where to start. “

Analysis of Cancer Risks in Populations near Nuclear Facilities

“The U.S. Nuclear Regulatory Commission (U.S.NRC) requested that the National Research Council provide an assessment of cancer risks in populations near U.S.NRC-licensed nuclear facilities. This assessment is being carried out in two consecutive phases. The first phase (Phase 1) was completed in May 2012 and resulted in a consensus report. The second phase (Phase 2) would be the assessment of cancer risks informed by the recommendations of the Phase 1 report.”

Book: “This work presents the Dalai Lama’s prescription for the spiritual expansion of humankind. Addressing what he sees as the spiritual void in modern society, the Dalai Lama calls for the necessity of virtue and greater compassion. Besides discussing ways in which we may care for the environment, he gives guidance in the techniques of contemplation. Written as a form of spiritual handbook, this work is also a complement to “Freedom in Exile”, the Dalai Lama’s autobiography.”

“The PET is a non-governmental organization for the defense of fundamental rights of non-human animals founded in Porto in 1994. We develop public education and information campaigns about the non-human animals, their characteristics, needs, interests and fundamental rights. In addition to these education actions, ANIMAL also develops alert and protest campaigns, special investigations and public denunciations, public relations work and legal actions. The work of ANIMAL has a strong political work, being an important force in the contact with authorities and policy makers, in order to promote the advancement of the respect of animal rights and its legislative protection.”

“Animal Charity Evaluators (ACE) is a 501(c)(3) nonprofit registered in the United States dedicated to finding and advocating for highly effective opportunities to improve the lives of animals. ACE aids compassionate givers, professionals, and volunteers in making informed decisions about how to help animals as effectively as possible. We strive to identify ways to alleviate suffering and improve the lives of animals on a wide scale, while continuously updating our recommendations based on new evidence. We oppose all systems of oppression and recognize that they are connected and mutually reinforcing.”

“Animal Freedom (SZ) is a nationwide non-profit organization for the protection of animal rights, bringing together people sympathetic to its goals. It is based on the idea that every life has its own unrepeatable value, which is not dependent on the momentary evaluation by man.”