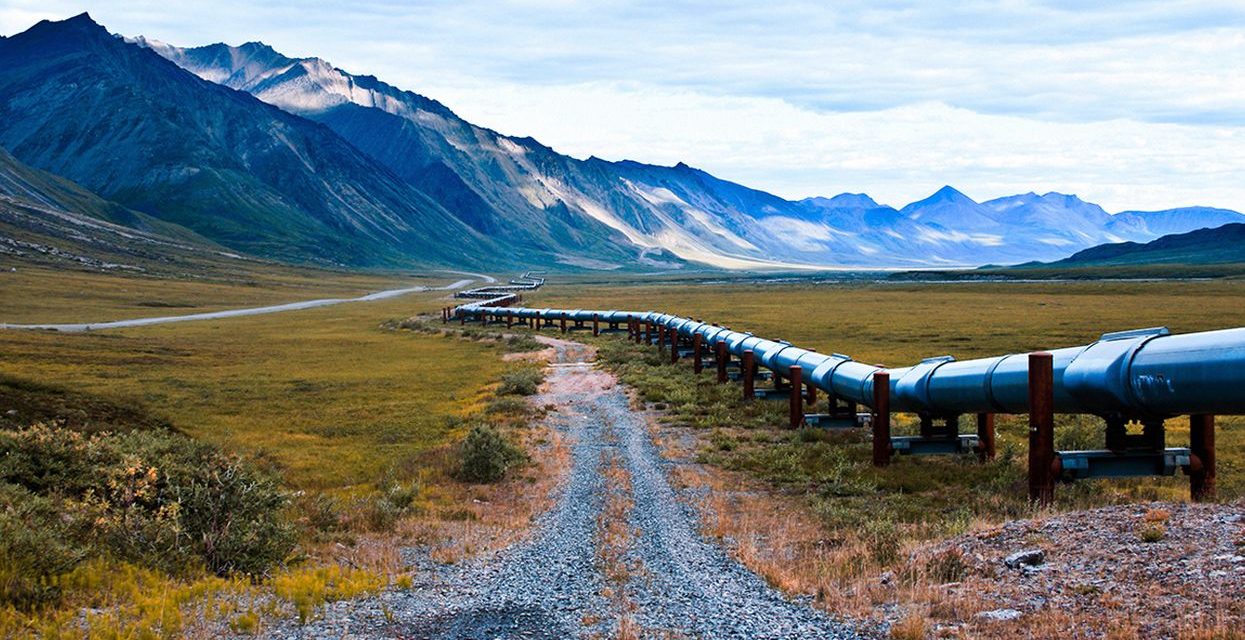 An image of the trans-alaskan oil pipeline that carries oil from the northern part of Alaska all the way to valdez. This shot is right near the arctic national wildlife refuge. kyletperry / iStock / Getty Images Plus

The Trump administration has initialized the final steps to open up nearly 1.6 million acres of the protected Alaskan National Wildlife Refuge to allow oil and gas drilling.

The Bureau of Land Management (BLM) issued its final Environmental Impact Statement for the refuge and found that it was acceptable to lease 1.56 million acres on the Alaskan coastal plains. The lease sales will go forward by the end of the year, as The Hill reported.

Now that the Environmental Impact Statement has been written, BLM is constrained by a mandatory 30-day waiting period before it can accept bids from fossil fuel companies.

“After rigorous review, robust public comment, and a consideration of a range of alternatives, today’s announcement is a big step to carry out the clear mandate we received from Congress to develop and implement a leasing program for the Coastal Plain, a program the people of Alaska have been seeking for over 40 years,” said Interior Sec. David Bernhardt in a statement, as The Hill reported.

The Democratic controlled house passed a bill Thursday to stop the mandate, but it has little chance of making it through the Senate.

“There are some places too wild, too important, too unique to be spoiled by oil-and-gas development,” said Rep. Jared Huffman, the California Democrat who wrote the bill, as the Wall Street Journal reported. “The Arctic Refuge’s Coastal Plain is one of those special places.”

Environmentalists were quick to pounce on the Interior Department announcement since the refuge is home to polar bear dens and it is where caribou visit for calving. Drilling operations will almost certainly displace indigenous populations, which rely on the wildlife for their sustenance through hunting and fishing, according to the Guardian.

“This sham ‘review’ unlawfully opens the entire coastal plain to leasing and fails to minimize damage to this unique environment,” said Garett Rose, staff attorney for the Alaska Project at the Natural Resources Defense Council (NRDC), in a statement, according to The Hill. “It violates what is sacred ground to, and a source of subsistence for, the Gwich’in people.”

The Alaska Wilderness League’s Executive Director Adam Kolton said to the Guardian “to no one’s surprise, the administration chose the most aggressive leasing alternative, not even pretending that this is about restraint or meaningful protection.”

“With an eye on developing the entirety of the fragile coastal plain, the administration has been riding roughshod over science, silencing dissent and shutting out entire Indigenous communities,” said Kolton.

The NRDC plans to challenge the Environmental Impact Statement in court.

“We will indeed sue,” the NRDC’s Anne Hawke said, according to the Wall Street Journal.

The Environmental Impact Statement does seem, at times, divorced from reality, as it suggests that global heating is cyclical rather than a byproduct of human activity, which is the scientific consensus.

“Much attention in recent decades has focused on the potential climate change effects of GHGs [greenhouse gasses], especially carbon dioxide (CO2), which has been increasing in concentration in the global atmosphere since the end of the last ice age,” the document reads, as the Guardian reported.

The BLM estimated that the oil and gas leases in the Alaskan refuge would emit the greenhouse gas equivalent of one million new cars on the road. However, when the U.S. Fish and Wildlife Service reviewed a draft statement, it said that BLM drastically underestimated the environmental impact, as Scientific American reported.

“The majority of Americans want this sacred area protected,” said Rose, as The Hill reported. “And within hours of Congress taking action, the Trump administration is moving with haste to destroy it.”

Related articles from around the web