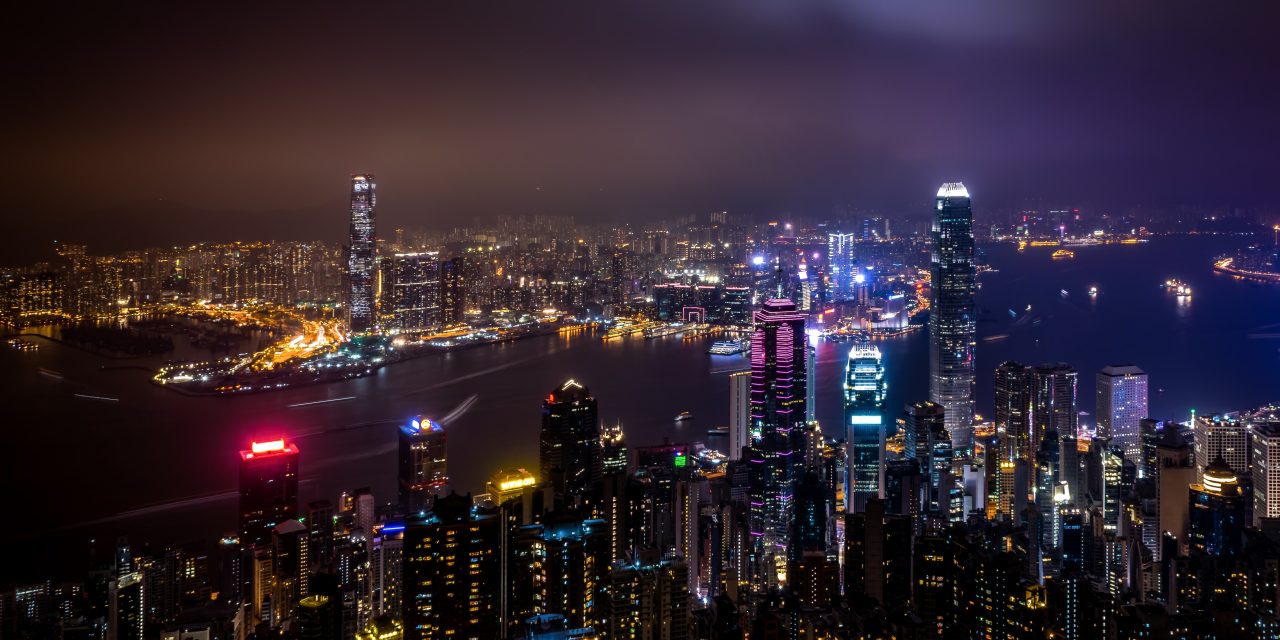 Current climate plans from national governments are not on track to reach the goals of the Paris climate agreement, according to Forbes. Instead, we are barreling toward a rise of at least 3 degrees Celsius, which would have catastrophic impacts around the world.

As this crisis unfolds, cities are stepping up to prevent worst-case scenarios — and their collective clout means they can make significant progress.

Cities currently house more than half of the world’s population and this is expected to rise to 68% by 2060. Cities are responsible for consuming two-thirds of the world’s energy and produce over 70% of global carbon emissions. As a result, even slight tweaks to urban policy can make a big difference.

Take Action: Download the App and Tell These Cities to Lead the Way on Climate Action!

Cities also need to pursue climate action for their own survival. An estimated 70% of cities already face with the effects of climate change — whether sea level rise, extreme storms, heat waves, or other events — locally and nearly all are at risk, according to C40.

Cities around the world have seen the writing on the wall and are already rising up with innovative solutions to avert catastrophe and achieve a sustainable future. Here are five ways cities are tackling climate change across the world today. 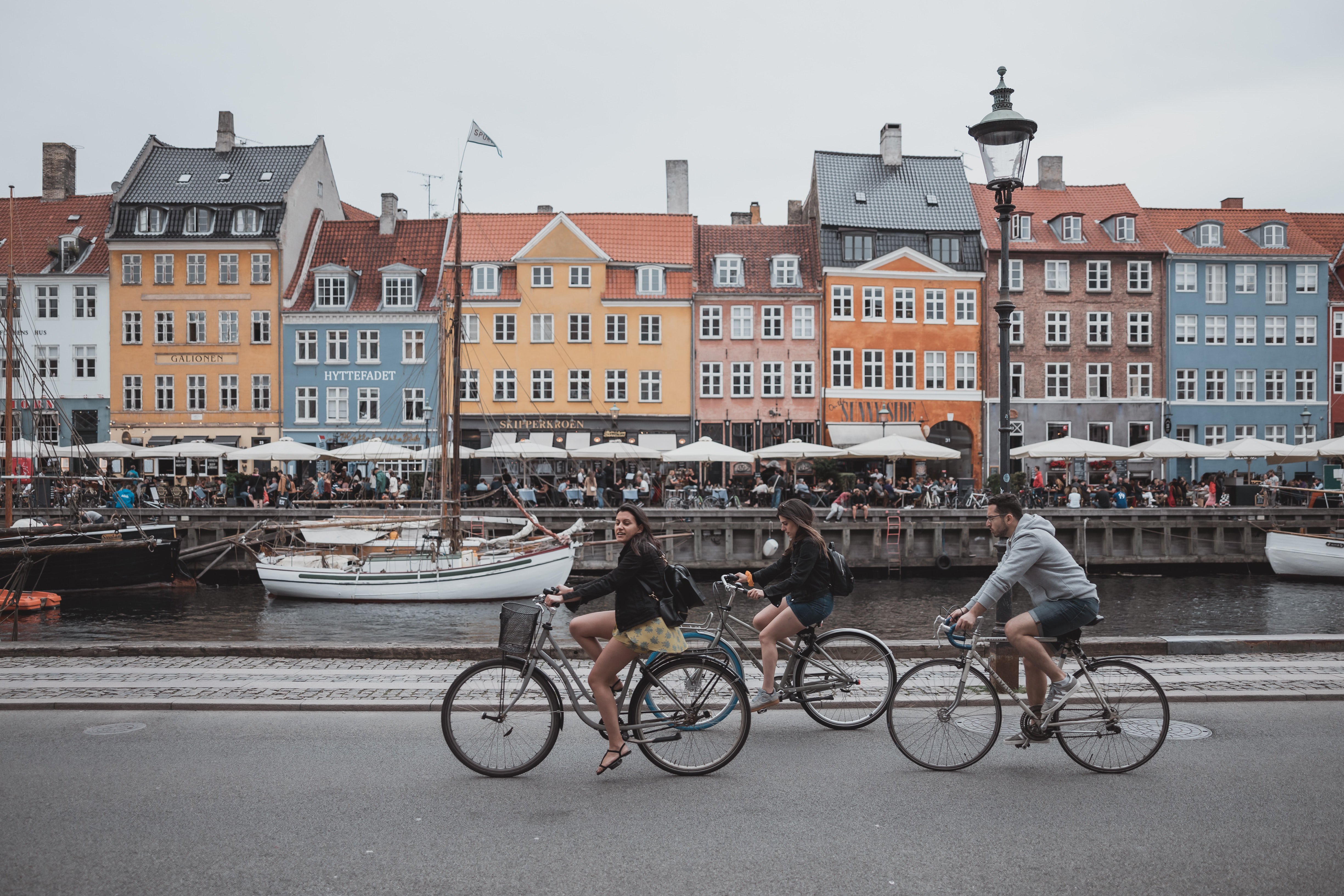 Photo by Febiyan on Unsplash

Coastal cities are increasingly turning to sustainable urban planning to respond to the threat of rising water levels and to reduce their carbon footprints.

Sustainable urban planning involves the use of Green Infrastructure, which, according to the Guardian, “includes green roofs, green streets that will capture stormwater, and pavements that allow water to percolate through.”

This approach includes the effective management of stormwater to prevent flooding in the event of mega storms. Copenhagen, a low-lying coastal city threatened by floods and storms, uses convex streets to trap storm water and redirect it to the harbour, and lowers lakes to create buffers against extreme storms.

The city is also focusing on other climate risks — mini “pocket parks” will soon be built around the city to absorb heat as the temperature rises.

Photo by Braden Collum on Unsplash

Apart from clogging landfills and polluting oceans and waterways, plastic production is also responsible for significant greenhouse gas emissions. In fact, plastic production could account for 17% of the global carbon budget by 2050, according to a recent study by the Centre of International Environmental Law.

Zero waste policies are becoming a growing trend across the world, which is leading cities like Vancouver, Dubai and New York to reduce waste, pursue greater recycling and reuse practices, and limit greenhouse gas emissions.

Landfills are some of the greatest producers of methane gas, a greenhouse gas that’s an estimated 35 times more potent than carbon dioxide. By diverting waste from landfills and instead reusing or composting it, cities can reduce global emissions and the subsequent warming of the planet.

The US is the biggest producer of waste per capita in the world, but specific cities are beginning to tackle this problem. San Francisco has decided to go against the national trend by implementing a zero-waste program by 2020. This ambitious goal is being achieved through laws making composting and recycling compulsory for all individuals and businesses, as well as bans on plastic bottles, bags and takeaway containers, with hefty fines in place for any offenders. This has led to the city diverting about 80% of its waste from landfills each year compared to other cities like Chicago that only diverts around 10% of its waste.

The transportation sector — airplanes, boats, cars — was responsible for 15% of global emissions in 2017.

Many cities are looking to cut down on emissions by building green transportation systems. Few have been as successful as Bogotá, Columbia. In the 1990s, Bogotá was one of the most polluted cities in the world. Its citizens held many health problems relating to poor air and water quality and its roads and transport systems were heavily congested.

In order to address this situation and create a more liveable city, the local government invested in public transit, establishing a Bus Rapid Transport system (BTR), creating more than 300 kilometers of bicycle lanes, placing restrictions on cars, and creating car-free days every Sunday to reduce emissions.

More than 25% of the city’s citizens use public transit every day, causing a reduction in private cars by 9%, according to Business Insider. The city now has one of the most sustainable and efficient transportation systems in the world.

Photo by Arvid Malde on Unsplash

Reducing greenhouse gas emissions is essential to any meaningful climate action plan. Many cities around the world are taking the lead on this front.

Oslo, Norway, for example, aims to reduce carbon emissions by 95% by 2030, a goal which the mayor claimed to be “the most ambitious” of any city in the world, according to Reuters. The city was also the first in the world to introduce a climate budget, which works by taxing carbon dioxide emissions and setting emissions limits on industrial and individual activities. The project will accelerate the transition to a sustainable society through various mechanisms.

Oslo is trying to reduce the amount of cars in use by increasing tolls and removing parking spaces, phase out fossil-fuel heating in homes and offices by 2020, introduce buses powered by renewable energy, build more bicycle lanes, and encourage people to shift away from emissions-producing activities by making them less available or more costly.

Photo by Hu Chen on Unsplash

Buildings can do so much more than create a beautiful skyline, and not many places exemplify this principle better than Singapore. Aptly referred to as the “Garden City,” Singapore is cleverly using technology and green building design to tackle the climate crisis.

The city’’s green buildings are designed to be more efficient in their use of resources and have a positive impact on the natural environment by more efficiently using energy and water, investing in state-of-the-art recycling systems, and incorporating green spaces.

Asia Square, a retail and commercial building in Singapore’s Marina Bay district, is a great example of the benefits of green building, possessing the country’s largest solar panel installation and the first biodiesel plant in the heart of the city. Not only does this building house some of the city’s largest commercial businesses, but it is producing tons of clean, renewable energy and sustainable fuel for Singapore, benefitting the city both economically and environmentally.

Cities can’t fight climate change on their own. But by taking the lead and developing proven solutions, cities are spurring climate action on a global scale.

In the years ahead, cities will continue to play a decisive role in the saga to save the planet. You can call on city leaders to increase their efforts before the time is too late.