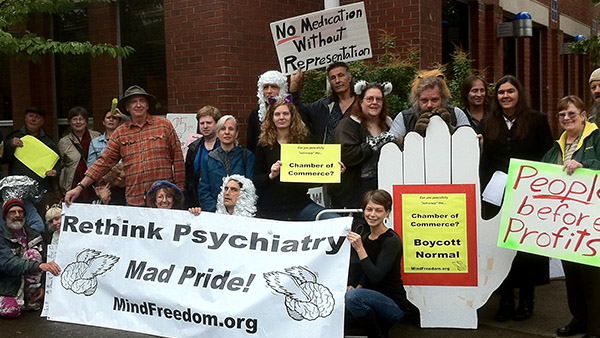 In an open letter to the World Psychiatric Association (WPA), users and survivors defend the UN CRPD and call for relinquishment of psychiatric power.

When articles in a recent issue in World Psychiatry, the journal of the World Psychiatric Association (WPA), called for ignoring, amending, and reinterpreting the UN Convention on the Rights of Persons with Disabilities (CRPD), users and survivors pushed back in an open letter. The WPA editorial claimed that the convention’s opposition to forced treatment might be harmful to vulnerable individuals who are “incapable of protecting themselves.” Through this reasoning, they justify a call to ignore aspects of the CRPD that interfere with a “commonsense approach.” They purport that doing so protects the convention from itself.

Users and survivors reacted in opposition to the dismissive stance. In their letter, they note that the very objective of the CRPD is to protect persons with psychosocial disabilities by giving them a voice in their own treatment decisions. They call for a “relinquishment of power by the psychiatric profession and a re-definition of psychiatry’s role in society.”

They state the purpose of the open letter here:

They go on, “Indeed, the CRPD is precisely there to ensure that what we have to say is not silenced and marginalized any longer.”

The recent World Psychiatry issue did not include any perspectives of users and survivors. This is despite the fact that the featured topics center around users’ capacities, best interests, will, and preferences. “The overall approach of this whole issue therefore not only promotes the maintenance of the status quo but also exemplifies the very practice of excluding and substituting our voices,” they write.

The CRPD represents a landmark movement to privilege social approaches to disabilities. It highlights non-discriminatory practices and the protection of human rights in the face of potential exploitation, coercion, and deprivation of freedoms. Furthermore, it has achieved impressive consensus and ratification by governments across the globe. Overall, it pushes for a new paradigm, and in doing so, the CRPD decenters “psychiatric expertise.”

Users and survivors outline four overarching responses to the WPA special issue. First, they write that “coercion is not care—even as an exception.” The point engages with the assumption that exceptions ought to be made that allow for involuntary intervention. A major flaw, they argue, is that the premise of this statement assumes that the biomedical framework forwarded in psychiatric care represents “effective” treatment.

Their second point attends to the risk inherent in making such exceptions. Exceptions tend to become the norm, users and survivors argue, citing evidence of various recent reforms that rapidly became common practice. Third, they discuss the excessive use of forced treatment and coercion on marginalized community members. As they unveil statistics demonstrating coercive treatment on racial minorities and those in poverty, they clarify that “the institution of psychiatry is part of other systems of oppression that intersect with each other and work in synergy.”

Last, they write that “the possibility of forced treatment alone makes any interaction with mental health services potentially coercive.” The nature of these questions about how to respond to individuals in distress is complex, the write. They view the CRPD and its focus on a social disability model as one way to promote ethically responsible, good-quality treatment. Inherent in this recalibration, is a shift away from a biomedical paradigm, they write.

Users and survivors conclude by calling out the WPA’s choice to remain entrenched in a traditional, controlling psychiatric paradigm.

“At times of such a significant historical turn, rather than admit its many failures and join efforts to collaboratively develop different and better responses, the WPA has chosen to expand its ‘expertise’ into the field of lawmaking in order to ‘save the CRPD from itself.’”

They call for psychiatrists to break-away and speak up:

“If this is not the case for the whole of this profession, and if there are WPA members who do not agree with this call to amend the CRPD and in the meantime to ignore it, if there are psychiatrists in the world willing to ‘break from the old, controlling paradigm’ and take new departures– then it might be about time for them to speak up.”

Humanity has Wiped Out 60% of Animal Populations since 1970, Report Finds

Uniting in Love and Rage against Corporate Power

Joanna Macy – The Hidden Promise of Our Dark Age | Bioneers