Society Is Made Of Narrative. Realizing This Is Awakening From The Matrix 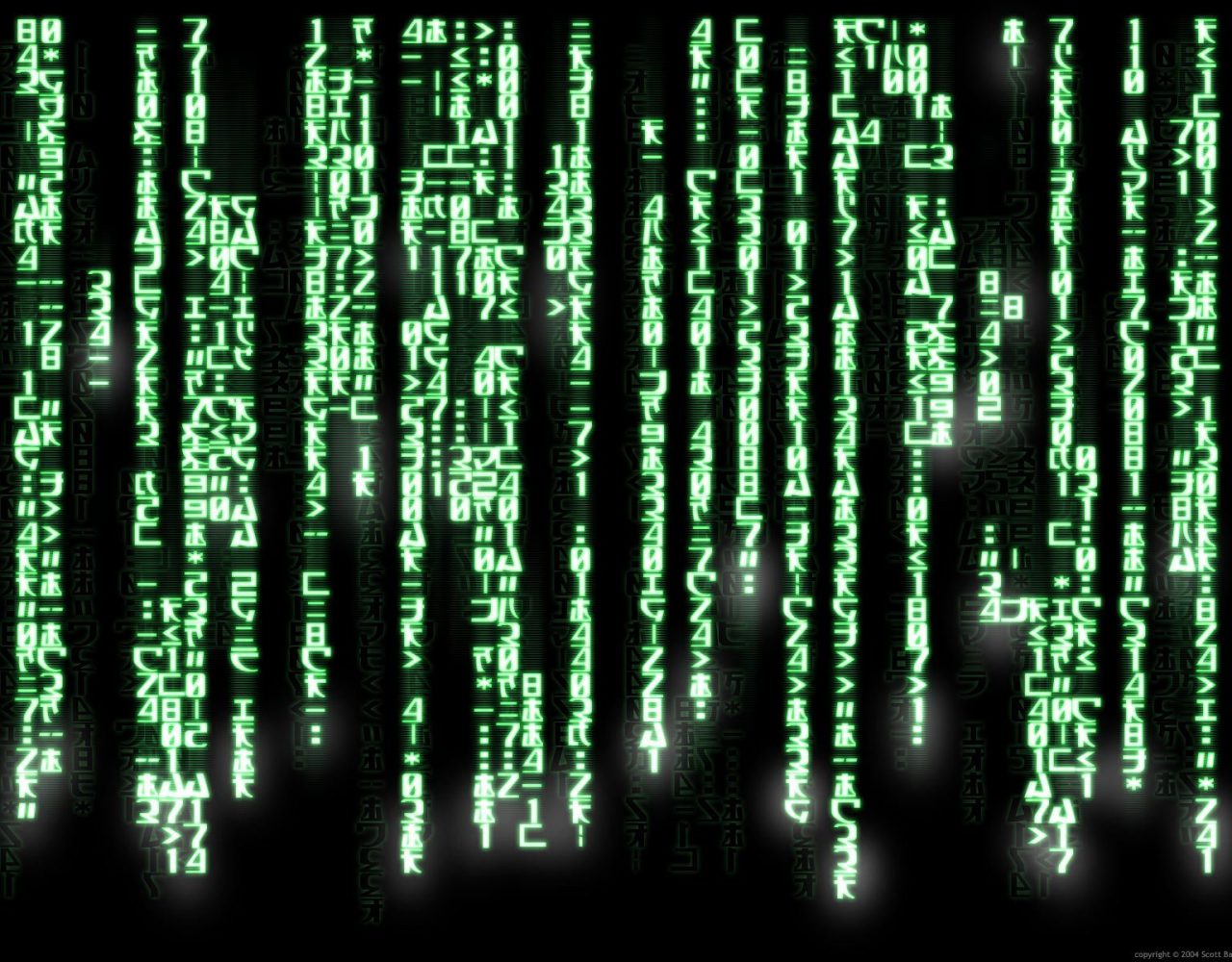 In the movie The Matrix, humans are imprisoned in a virtual world by a powerful artificial intelligence system in a dystopian future. What they take to be reality is actually a computer program that has been jacked into their brains to keep them in a comatose state. They live their whole lives in that virtual simulation, without any way of knowing that what they appear to be experiencing with their senses is actually made of AI-generated code.

Life in our current society is very much the same. The difference is that instead of AI, it’s psychopathic oligarchs who are keeping us asleep in the Matrix. And instead of code, it’s narrative.

Society is made of narrative like the Matrix is made of code. Identity, language, etiquette, social roles, opinions, ideology, religion, ethnicity, philosophy, agendas, rules, laws, money, economics, jobs, hierarchies, politics, government, they’re all purely mental constructs which exist nowhere outside of the mental noises in our heads. If I asked you to point to your knee you could do so instantly and wordlessly, but if I asked you to point to the economy, for example, the closest you could come is using a bunch of linguistic symbols to point to a group of concepts. To show me the economy, you’d have to tell me a story.

Anyone who has ever experienced a moment of mental stillness knows that without the chatter, none of those things are part of your actual present experience. There is no identity, language, etiquette, social roles, opinions, ideology, religion, ethnicity, philosophy, agendas, rules, laws, money, economics, jobs, hierarchies, politics or government in your experience without the mental chatter about those things. There’s not even a “you” anywhere to be found, because it turns out that that’s made of narrative, too.

Without mental narrative, nothing is experienced but sensory impressions appearing to a subject with no clear shape or boundaries. The visual and auditory fields, the sensation of air going in and out of the respiratory system, the feeling of the feet on the ground or the bum in the chair. That’s it. That’s more or less the totality of life minus narrative.

When you add in the mental chatter, however, none of those things tend to occupy a significant amount of interest or attention. Appearances in the visual and auditory field are suddenly divided up and labeled with language, with attention to them determined by whichever threatens or satisfies the various agendas, fears and desires of the conceptual identity construct known as “you”. You can go days, weeks, months or years without really noticing the feeling of your respiratory system or your feet on the ground as your interest and attention gets sucked up into a relationship with society that exists solely as narrative.

“Am I good enough? Am I doing the right thing? Oh man, I hope what I’m trying to do works out. I need to make sure I get all my projects done. If I do that one thing first it might save me some time in the long run. Oh there’s Ashley, I hate that bitch. God I’m so fat and ugly. If I can just get the things that I want and accomplish my important goals I’ll feel okay. Taxes are due soon. What’s on TV? Oh it’s that idiot. How the hell did he get elected anyway? Everyone who made that happen is a Nazi. God I can’t wait for the weekend. I hope everything goes as planned between now and then.”

Most people try to exert some degree of control over those around them. They try to influence how those in their family, social and employment circles think of them by behaving and speaking in a certain way. Family members will spend their lives telling other family members over and over again that they’re not as smart/talented/good as they think they are to keep them from becoming too successful and moving away. Romantic partners will be persuaded that they can never leave because no one else will ever love them. To varying degrees, they manipulate the narratives of individuals.

Then there are the people who’ve figured out that they can actually take their ability to influence the way people think about themselves and their world and turn it into personal profit. Cult leaders convince followers to turn over their entire lives in service to them. Advertisers convince consumers that they have a problem or deficiency that can only be solved with This Exciting New Product™. Ambitious rat race participants learn how to climb the corporate ladder by winning favor with the right people and inflicting small acts of sabotage against their competing peers. Ambitious journalists learn that they progress much further in their careers by advancing narratives that favor the establishment upon which the plutocrats who own the big media companies have built their kingdoms. They manipulate the narratives of groups.

And then, there are the oligarchs. The master manipulators. These corporate kings of the modern world have learned the secret that every ruler since the dawn of civilization has known: whoever controls the narratives that are believed by a society is the controller of that society. Identity, language, etiquette, social roles, opinions, ideology, religion, ethnicity, philosophy, agendas, rules, laws, money, economics, jobs, hierarchies, politics, government: all mental constructs which only influence society to the extent that they are believed and subscribed to by a significant majority of the collective. If you have influence over the things that people believe about those mental constructs, you have influence over society. You rule it. The oligarchs manipulate the narratives of entire societies.

This is why there have been book burnings, heretic burnings, and executions for mocking the emperor throughout history: ideas which differ from the dominant narratives about what power is, how money works, who should be in charge and so on are threatening to a ruler’s power in the exact same way that an assassin’s dagger is. At any time, in any kingdom, the people could have decided to take the crown off of their king’s head and place it upon the head of any common beggar and treat him as the new king. And, in every meaningful way, he would be the new king. The only thing preventing this from happening was dominant narratives subscribed to by the society at the time about Divine Right, fealty, loyalty, noble blood and so on. The only thing keeping the crown on a king’s head was narrative.

The exact same thing remains true today; the only thing that has changed is the narratives the public subscribe to. Because of what they are taught in school and what the talking heads on their screens tell them about their nation and their government, most people believe that they live in a relatively free democracy where accountable, temporary power is placed in the hands of a select few based on a voting process informed by the unregulated debate of information and ideas. Completely separate from the government, they believe, is an economy whose behavior is determined by the supply and demand of consumers. In reality, economics, commerce and government are fully controlled by an elite class of plutocrats, who also happen to own the media corporations which broadcast the information about the world onto people’s screens.

Control the narratives of economics and commerce, and you control economics and commerce. Control the narratives about politics and government, and you control politics and government. This control is used by the controllers to funnel power to the oligarchs, in this way effectively turning society into one giant energy farm for the elite class.

But it is possible to wake up from that narrative Matrix.

But, through sincere, humble research and introspection, it is possible to break free of the Matrix and see the full extent to which you and everyone you know has been imprisoned by ideas which have been programmed into social consciousness by the powerful. Not just in our adult lives, but ever since our parents began teaching us how to speak, think and relate to the world. Not just in the modern world, but as far back as history stretches to when the power-serving belief systems of societal structure and religion were promoted by kings and queens of old. All of society, and all of ourselves, and indeed all of the thoughts in our heads, have been shaped by those in power to their benefit. This is the reality that we were born into, and our entire personality structure has been filtered through and shaped by it.

For this reason, escaping from the power-serving propaganda Matrix necessarily means becoming a new creature altogether. The ideas, mental habits and ways of relating to the world which were formed in the Matrix are only useful for moving around inside of it. In order to relate to life outside of the power-promulgated narratives which comprise the very fabric of society, you’ve got to create a whole new operating system for yourself in order to move through life independently of the old programming designed to keep you asleep and controlled.

So it’s hard work. You’ll make a lot of mistakes along the way, just like an infant slowly learning to walk. But, eventually, you get clear of the programming.

And then you’re ready to fight.

These 7 Vegan NFL Players Get Their Power From Plants