“”2012: Time for Change” presents an optimistic alternative to apocalyptic doom and gloom. Directed by Emmy Award nominee João Amorim, the film follows journalist Daniel Pinchbeck, author of the bestselling 2012: The Return of Quetzalcoatl, on a quest for a new paradigm that integrates the archaic wisdom of tribal cultures with the scientific method. As conscious agents of evolution, we can redesign post-industrial society on ecological principles to make a world that works for all. Rather than breakdown and barbarism, 2012 heralds the birth of a regenerative planetary culture where collaboration replaces competition, where exploration of psyche and spirit becomes the new cutting edge, replacing the sterile materialism that has pushed our world to the brink.” 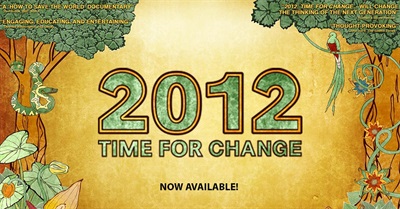 “Join the Physicians Committee’s 21-Day Vegan Kickstart to receive meal plans, recipes, and advice from nutrition experts. The 21-Day Vegan Kickstart is supported by decades of research showing that a plant-based diet can help you reach a healthy weight and lower your risk for heart disease, type 2 diabetes, and other chronic diseases. Our low-fat plant-based recipes, developed by chefs, dietitians, and experts in vegan cuisine, provide nutritious meals that are both healthy and delicious. Within 21 days you will start to see results and won’t look back!”

“21st Century Wire is News for the Waking Generation™. Founded in 2009, we are a North American and Europe-based, grass-roots, independent hyper blog offering bold news, views and media analysis, working with a core team of writers, researchers, and an array of volunteer contributors who write and help to analyze news and provide a diverse perspective and opinions from around the world. 21st Century Wire writers have appeared internationally on TV, radio and in print, as well as keynote speakers at leading alternative conferences and events.”

“This brochure explores 25 of the countless reasons more and more Americans are choosing to forgo meat, and enjoy a diet based on health, compassion, and sustainability.”

“Thich Nhất Hạnh is a Vietnamese Buddhist monk and peace activist, he has published more than 100 books, including more than 40 in English. He is active in the peace movement, promoting non-violent solutions to conflict and he also refrains from animal product consumption as a means of nonviolence towards non-human animals. May his quotes inspire you to live in the present moment and find happiness from within.”

“350.org is building the global grassroots climate movement that can hold our leaders accountable to science and justice. 350 uses online campaigns, grassroots organizing, and mass public actions to oppose new coal, oil and gas projects, take money out of the companies that are heating up the planet, and build 100% clean energy solutions that work for all. 350’s network extends to 188 countries.”

“These Thich Nhat Hanh quotes are almost exclusively taken from sections of his many books. If you like these mindfulness quotes, why not check out some of the Thich Nhat Hanh books at the bottom of the page”

Book: “Are you worried you’ll go hungry while traveling because you just won’t find any vegan food to eat? Are you embarrassed to ask for what you really want when dining out in restaurants? Do you wonder how you could ever communicate your needs to a waiter who doesn’t speak your language? If you think travel as a vegan is just too difficult, stressful or intimidating, well…it doesn’t have to be! The truth is, being a vegan traveler will allow you to delve deeper into the culture of the places you visit and experience them in a way you never would have before. Being vegan can make your travels better, not worse! Download this free mini e-book today.” 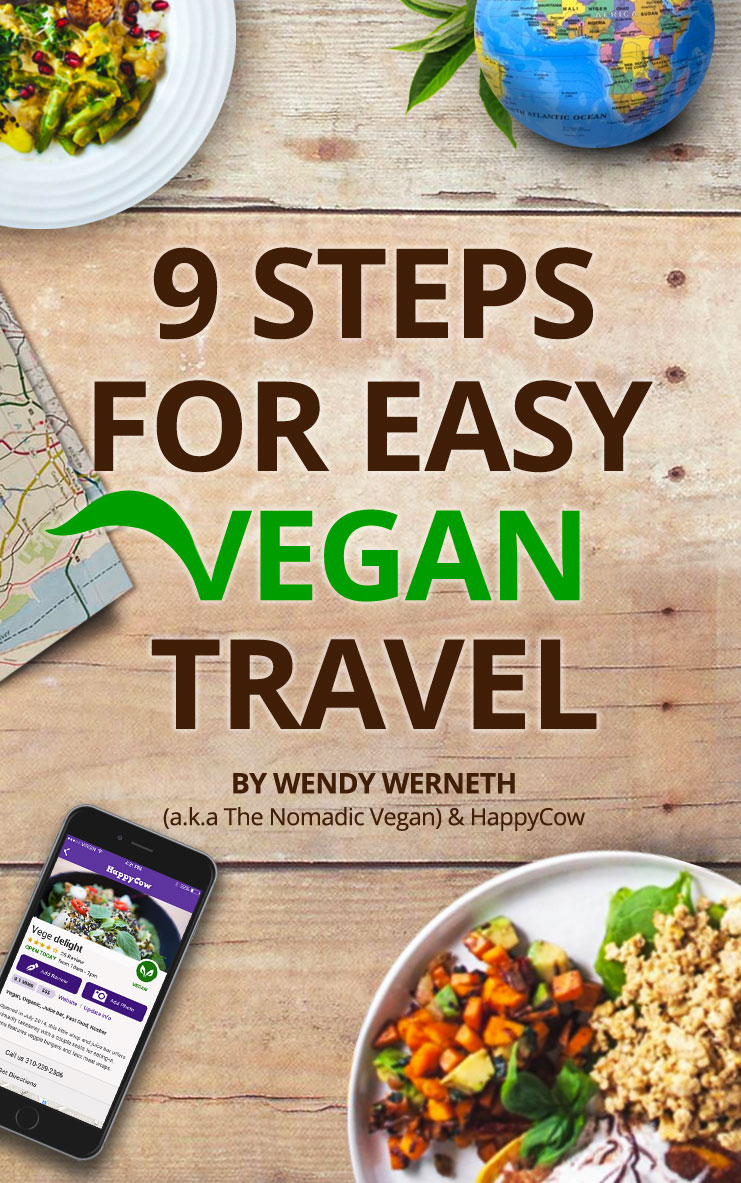 A Brief History of Veganism, by Victoria Moran

“When I ask new students at Main Street Vegan Academy about vegan food, they’re geniuses. Nutrition? Well informed. Animal rights? Check. But when the questions are about the history of our movement, even the best and the brightest can fall short. I believe it’s important that we know where we came from, and there’s plenty of grist for that mill, because eating plants goes back, well, about as far as we do.”

Book: “”Nonviolence is the greatest force at the disposal of mankind” The words of Mahatma Gandhi are guiding spirit behind the essays in this Eshort, all exploring the deep and powerful promise of nonviolence as a tool for social change. Professor Michael Nagler offers stories of nonviolence in history and today, of hope, and of our bright future.” 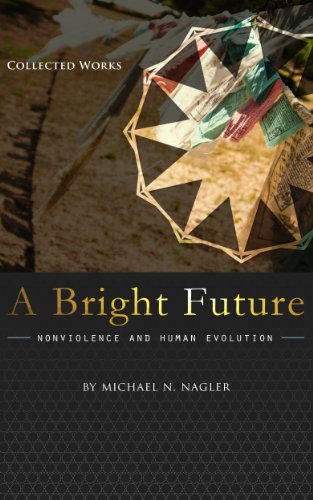 A Bus of Our Own

Book: Age Range: 5 – 8 years “More than anything, Mable Jean wants to go to school. She has to walk five miles to get there, though, and her papa told her that if she can’t keep up, she’ll have to wait another year. She hurts her foot and misses some school days, but Mable Jean doesn’t give up. When the white children on their bus pass Mable Jean and her friends, laughing and taunting them, it’s almost more than Mable Jean can take. Finally, Mable Jean asks her parents why the black children don’t have a bus, too.”

A Call for Revolution: A Vision for the Future

Book: “A Landmark Message from His Holiness the Dalai Lama: Are we ready to hear it? Are we ready to act? I call on you to confront the challenges of our era by rising up and embarking upon a revolution that has no precedent in human history. This eloquent, urgent manifesto is possibly the most important message the Dalai Lama can give us about the future of our world. It’s his rallying cry, full of solutions for our chaotic, aggressive, divided times: no less than A CALL FOR REVOLUTION.”

“Produced and directed by award-winning European journalists and filmmakers Basil Gelpke and Ray McCormack, A Crude Awakening tells the story of how our civilization’s addiction to oil puts it on a collision course with geology. Compelling, intelligent, and highly entertaining, the film visits with the world’s top experts and comes to a startling, but logical conclusion – our industrial society, built on cheap and readily available oil, must be completely re-imagined and overhauled.” 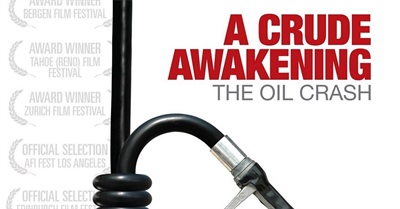 A Declaration for Human/Earth/Animal Liberation

“In the Great Turning, Joanna Macy outlines three dimensions of the Great Transition from an industrial-growth, ownership society to a life-enriching, stewardship society: 1. Block that which is destroying us. 2. Create something new to replace it. 3. Change our story and relationship with the Earth. Unfortunately, we have many villains to pick among that which is destroying us: inequality, fossil fuels, capitalism, pollution, etc. However, there is one villain that hardly anyone ever talks about: animal agriculture. And as far as villains go, animal agriculture can don the mantle of a SuperVillain.”

A Declaration of Conscience about Paying for War 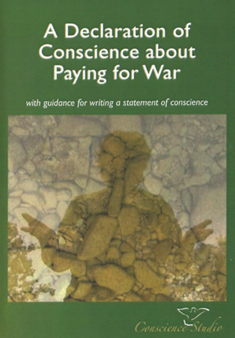 A Great Turning: The Process

A guide to green careers

“Make A Living, Make A Difference. Renewability. Sustainability. Efficiency. These three words describe the engine that will drive the economic growth in the near future and for decades to come. As the world’s economy goes, so goes its jobs market. This guidebook has been created to help readers better understand exactly what lies ahead for job seekers in a renewable, sustainable and more efficient world. If you are interested in finding a career where you can make a difference while making a living, this guidebook is for you.”

A Guide to Vegan

“Follow us to find out how easy it is to become vegan, especially for those of you who live in New Zealand!” 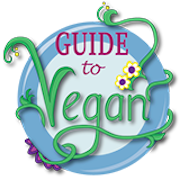 A Higher Standard of Leadership: Lessons from the Life of Gandhi

“Though Gandhi is one of the most written-about figures of the twentieth century, this is the first book to apply lessons from his life to the practical tasks faced by contemporary leaders-from corporate managers and executives to government administrators, nonprofit professionals, educators, and others…A lifelong student of Gandhi’s teachings and a businessman with more than 25 years of experience in corporate and governmental leadership development, Nair is uniquely positioned to bridge the two worlds. Using illustrative examples from Gandhi’s life and writings, he identifies commitments-to conscience, openness, service, values, and reduced attachments-and describes the courage and determination necessary to work and lead by them. In simple and direct language, he explores the process of making decisions, setting goals, and implementing actions guided by the spirit of service and commitment to values that is essential to the realization of a higher standard of leadership in our workplaces and communities.”

A History of The China Study

“In the early 1980’s, nutritional biochemist T. Colin Campbell, PhD of Cornell University, in partnership with researchers at Oxford University and the Chinese Academy of Preventive Medicine, embarked upon one of the most comprehensive nutritional studies ever undertaken known as the China Project. China at that time presented researchers with a unique opportunity. The Chinese population tended to live in the same area all their lives and to consume the same diets unique to each region. Their diets (low in fat and high in dietary fiber and plant material) also were in stark contrast to the rich diets of the Western countries. The truly plant-based nature of the rural Chinese diet gave researchers a chance to compare plant-based diets with animal-based diets…In 2005, T. Colin Campbell, PhD and his son Thomas M. Campbell, MD, shared the China Project findings along with additional research with the world in The China Study. Their best selling book examines the connection between nutrition and heart disease, diabetes, and cancer and the source of nutritional confusion produced by powerful lobbies, government entities, and opportunistic scientists. The China Study is hailed as one of the most important books about diet and health ever written…Our reference library provides links to the online abstracts of the studies used in each chapter.”