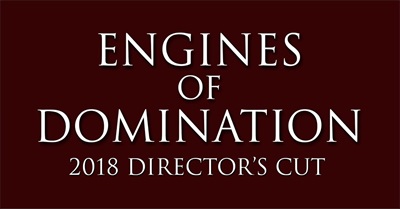 Description:  Film: “Political power—armed central authority, with states and war—is it part of human nature? Is it necessary for human community? Or is it a tool that ruling elites use to live at the community’s expense? A tool that does violence to human nature and the world? Engines of Domination offers a theory of political power as a tool for making tools of human beings—an engine that converts human energy into authority and privilege for the rulers. Invented in the Bronze Age, brilliantly refined for six thousand years, today the engine has caused a human emergency that threatens to destroy our world. This documentary makes a powerful argument that there is only one hope for saving the future. Armed central authority must be abolished, creating a world of cooperative peaceful communities—in other words, an argument for anarchism.”