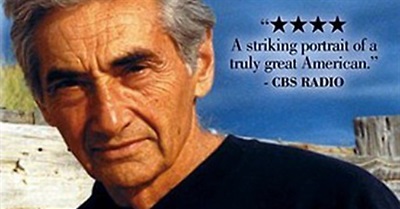 Description:  “In these turbulent times, Howard Zinn is inspiring a new generation. This acclaimed film looks at the amazing life of the renowned historian, activist and author. Following his early days as a shipyard labor organizer and bombardier in World War II, Zinn became an academic rebel and leader of civil disobedience in a time of institutionalized racism and war. His influential writings shine light on and bring voice to factory workers, immigrant laborers, African Americans, Native Americans and the working poor. Featuring rare archival materials and interviews with Zinn and colleagues such as Noam Chomsky, You Can’t Be Neutral captures the essence of this extraordinary man who has been a catalyst for progressive change for more than 60 years.”