The Great Turning: From Empire to Earth Community 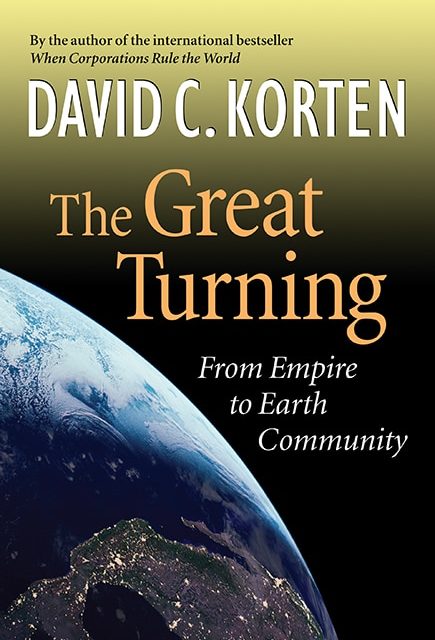 Description:  Book: “In The Great Turning, David Korten argues that “Empire,” the organization of society through hierarchy and violence has always resulted in misery for the many and fortune for the few, but now it threatens the very future of humanity as Empire has become unsustainable and destructive. Korten traces the roots of Empire and charts the evolution of its instruments of control, from absolute monarchies to the multinational institutions of the global economy. He describes efforts to develop democratic alternatives to Empire, such as the founding of the United States and shows how elitists with an imperial agenda have undermined the “American experiment.” Empire is not inevitable, and we can turn away from it. Korten draws on evidence from evolutionary theory, developmental psychology, and religious teachings to show that a life-centered, egalitarian, sustainable, democratic “Earth Community” is possible.”