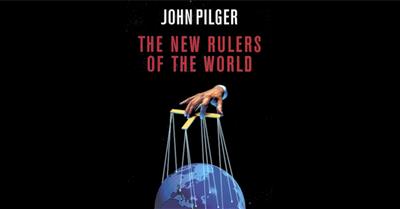 Description:  “‘The New Rulers Of The World analyzes the new global economy and reveals that the divisions between the rich and poor have never been greater – two thirds of the world’s children live in poverty – and the gulf is widening like never before. The film turns the spotlight on the new rulers of the world – the great multinationals and the governments and institutions that back them such as the IMF, the World Bank and the World Trade Organization under whose rules millions of people throughout the world lose their jobs and livelihood…’The New Rulers Of The World’ is a collision of two of Pilger’s continuing themes – imperialism and the injustice of poverty. It observes the parallel between modern-day globalization and old-world imperialism.”