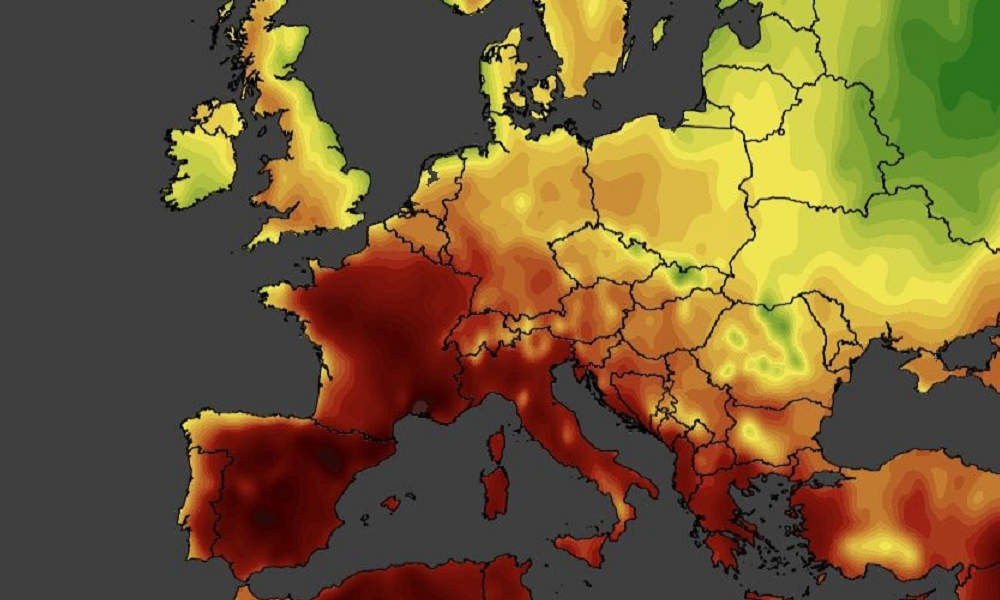 Written by Conn Hallinan / Dispatches From the Edge

Ever since coal was partnered with water to generate steam and launch the industrial revolution, Europeans have been pouring billions of tons of atmospheric warming compounds into the planet’s atmosphere. While scientists were aware of the climate-altering potential of burning hydrocarbons as early as 1896, the wealth generated by spinning jennies, power looms and drop forges was seductive, as was the power it gave countries to build colonial empires and subjugate populations across the globe.

But the bill is finally coming due.

When most people think of climate change, what come to mind are the poles, Asia’s fast vanishing glaciers, or Australia, where punishing droughts are drying up the sub-continent’s longest river, the Murray. But climate change is an equal opportunity disrupter, and Europe is facing a one-two punch of too much water in the north and center and not enough in the south.

According to recent projections, drought regions in Europe will expand from 13 percent of the continent to 26 percent and last four times as long, affecting upwards of 400 million people. Southern France, Italy, Spain, Portugal and Greece will be particularly hard hit, though how hard will depend on whether the planet’s temperature hike is kept to 1.5 degrees centigrade or rises to 3 degrees centigrade.

Northern and Central Europe, on the other hand, will experience more precipitation and consequent flooding. Upward of a million people would be effected and damage would run into the hundreds of billions of Euros. While weather is battering away at Europe, sea rises of from four to six feet over the next century would inundate Copenhagen, the Netherlands, many French and German ports and London. If the Greenland ice sheet actually melted, the oceans would come up 24 feet.

Food production will be another casualty. According to David Wallace-Wells in “The Uninhabitable Earth,” cereal crops will decline 10 percent for every degree the temperature goes up. When crops fail, people will move and the logical place to go is north. It is not just war and unrest that is driving refugees toward Europe, but widespread crop failures brought about by too little or too much water.

The warming climate also allows insects, like the bark beetle, to attack Europe’s forests. The beetles are increasingly active in the Czech Republic, Poland, Slovakia, Norway and, particularly, Russia, which host the largest temperate forests in the world.

Each tree that dies is one less carbon sink to transmute CO2 to oxygen. And dead trees are also more susceptible to forest fires, which can pump yet more of the climate warming gas into the atmosphere. Fires are not only increasing in countries like Spain, Greece and Portugal, but also in Sweden and Finland.

For many years climate change deniers—funded by hydrocarbon industry think tanks and sophisticated media campaigns—managed to inject a certain amount of doubt concerning global warming, but a rash of devastating hurricanes and last year’s wildfires in California have begun to shift public opinion. Last spring’s European elections saw Green parties all over the continent do well, and polls indicate growing alarm among the public.

A number of different European parties, including the British Labour Party, are pushing a “Green New Deal For Europe” based on a call by the United Nations to reduce green house gas emissions to zero by 2050.

The European Green Deal proposes using public investment banks to fund much of the plan, which is aimed at keeping rising temperatures to 1.5 degrees centigrade. While the price for rolling back emissions will certainly be high, the costs for not doing so are far greater, including the possibility that worldwide temperatures could go by as much as 5 degrees centigrade, a level that might make much of the world unlivable for human beings.

A jump of that magnitude would be similar to the kind of temperature rise the world experienced at the end of the Permian Era, 250 million years ago. Called the “Great Extinction,” it killed 96 percent of life in the sea and 70 percent on land.

A major reason for the Permian die off was the expansion of cynobacteria, which produce a toxic cocktail that can kill almost anything they comes in contact with. Such cynobacteria blooms are already underway in more than 400 places throughout the world, including a large dead zone in the Baltic Sea. Some New York lakes have become so toxic that the water is fatal to pets that drink from them.

The major fuel for cynobacteria is warm water coupled with higher rainfall—one of the consequences of climate change—that washes nutrients into lakes and rivers.

Of the 195 countries that signed the Paris Climate Accords, only seven are close to fulfilling their carbon emission pledges. And one of the world’s biggest sources of global warming gasses, the US, has withdrawn. If all 195 countries met their goals, however, the climate is still on target to reach 3 degrees Celsius. Even if the rise can be kept to 2 degrees, it will likely melt the Greenland ice cap and possibly the Antarctic ice sheets. Greenland’s melt would raise ocean levels by 24 feet, the Antarctic by hundreds of feet.

As overwhelming as the problem seems, it can be tackled, but only if the world mobilizes the kind of force it did to fight World War II. It will, however, take a profound re-thinking of national policy and the economy.

The US organization most focused on climate change these days is the Pentagon, which is gearing up to fight the consequences. But our enormous defense apparatus is a major part of the problem, because military spending is carbon heavy. According to Brown University’s “Cost Of War” project, the Pentagon is the single largest consumer of hydrocarbons on the planet. Yet a number of European countries—under pressure from the Trump administration—are increasing their military spending, exactly the wrong strategy to combat the climate threat.

The world will need to agree that keeping hydrocarbons in the ground is essential. Fracking, tar sands and opening yet new sources for oil and gas in the arctic will have to halt. Solar, hydro and wind power will need to be expanded, and some very basic parts of the economy re-examined.

This will hardly be pain free.

For instance, it takes 1,857 gallons of water to produce one pound of beef, compared to 469 gallons for a pound of chicken. Yogurt uses 138 gallons. While beef production uses 60 percent of agricultural land, it only provides 2 percent of human caloric intake.

It is unlikely that people will give up meat—although growing economic inequality has already removed meat from the diet of many—but what we eat and how we produce it will have to be part of any solution. For instance, a major source of green house gases is industrial agriculture with its heavy reliance on chemical fertilizers.

According to the Intergovernmental Panel on Climate Change, close to 30 percent of food production goes to waste, most of it in wealthy countries. A fair distribution of food supplies would not only feed more people, it would use less land, thus cutting green house gasses up to 10 percent. Add to that curbing beef production, and hundreds of millions of square miles of grange land would be freed up to plant carbon absorbing trees.

Can this be done incrementally? It may have to be, but not for long. Climate change is upon us. What that future will be is up to the current generation to figure out, and while there is no question that concerted action can make a difference, the clock is ticking. When next the bell tolls, it tolls for us all. 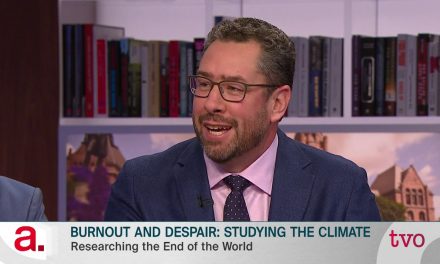