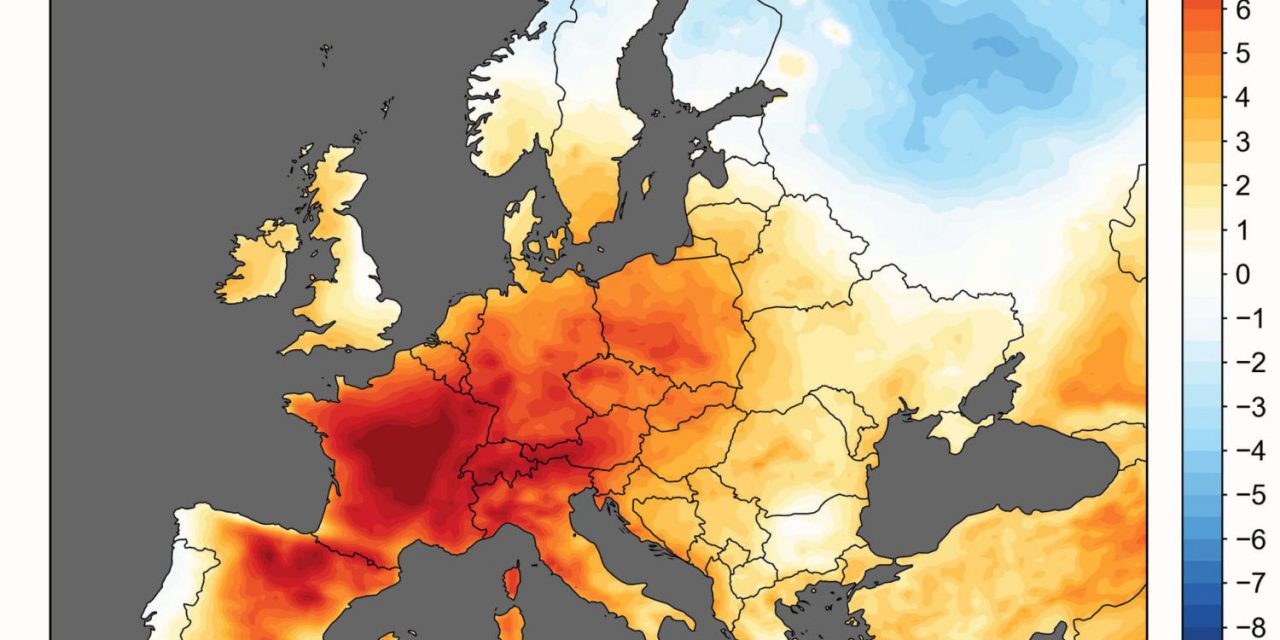 Europe had its hottest June on record, around 1 degree Celsius above the previous record set in 1999, and more than 2 degrees C above normal. WMO/TWITTER

The record-breaking heatwave that struck France and other European nations in June was made at least five — and possibly 100 — times more likely by climate change, scientists have calculated.

Such heatwaves are also about 4 degrees Celsius hotter than a century ago, the researchers say. Furthermore, the heatwaves hitting Europe are more frequent and more severe than climate models have predicted.

Last month was the hottest June since 1880, both in Europe and around the world, according to separate data released on Tuesday by the EU’s Copernicus Climate Change Service. In Europe, the temperature was 3 degrees C above the June average a century ago, and globally it was more than 1 degrees C higher.

The European heatwave broke temperature records at many locations in France, Switzerland, Austria, Germany, and Spain. In France, it was broken by more than 1.5 degrees C on June 28, with 45.9 degrees C recorded near the city of Nîmes.

The searing heat led to wildfires in Spain and Germany, and widespread disruption across the continent. It is inevitable that the heatwave will have caused many premature deaths, particularly as it occurred outside the usual holiday months when people are more able to take shelter. But these figures take time to compile. The heatwave of 2003 caused more than 70,000 premature deaths across Europe.

Friederike Otto of the University of Oxford, one of the scientists behind the new analysis, said: “This is a strong reminder again that climate change is happening here and now. It is not a problem for our kids only.”

Another team member, Geert Jan van Oldenborgh, of the Royal Netherlands Meteorological Institute, said: “If the observed trend in heatwaves continues, [even] at the Paris goal of 2 degrees C of warming a heatwave like this will be the norm in June. Both observations and models show a strong trend towards stronger heatwaves. However, the observed trend is stronger than the modelled one, and we do not yet know why.”

Global heating caused by the carbon emissions from burning fossil fuels and other human activities means heatwaves are becoming more probable and severe, a key part of the climate crisis. “Attribution” studies such as the new analysis estimate how much more likely and severe they are. The unprecedented heat and wildfires across the northern hemisphere in 2018 “could not have occurred without human-induced climate change,” a separate study published in June found.

The latest analysis examined the hottest three-day period of last month’s heatwave in France — June 26 to 28. The scientists used average daily temperatures, as these are a better indicator of the effects on health than maximum or minimum temperatures. The average across those three days and nights was 27.5 degrees C.

The researchers, many of whom happened to be at a conference on extreme events and climate change in Toulouse, then used temperature records stretching back to 1901 to assess the probability of a heatwave last month and in the past. They also examined climate change models to assess the impact of global heating.

However, these bigger increases in probability may result in part from changes in land use, soil moisture, and irrigation, the growth of towns and cities, and air pollution, all of which can affect temperature.

There have been more than 230 attribution studies to date around the world and these have found that 95 percent of heatwaves were made more likely or worse by climate change. For droughts, 65 percent were definitely affected by climate change, while the figure for floods was 57 percent. The analysis of France is not yet peer-reviewed but was done using similar methodologies.

“We knew June was hot in Europe, but [the Copernicus data] show that temperature records haven’t just been broken — they have been obliterated,” said Hannah Cloke, of the University of Reading. “It is the hottest June on record in Europe by a country mile. As heatwaves become more common, we will have to change the way we live to cope with them.”

Nick Watts, the executive director of the Lancet Countdown on health and climatechange, said heatwaves affected elderly people and those with pre-existing conditions most.

“The effects will be felt in the form of exacerbated heart disease and heat-related illness, spikes in hospital admissions and premature death, and increased pressure on health services,” he said. “It is clear that health services and local authorities require increased funding if they are to meet the rising threat of climate change to health.” 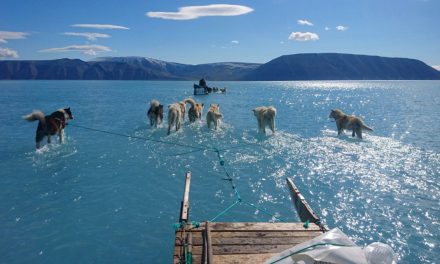 In Greenland’s Melting Ice, A Warning on Hard Climate Choices