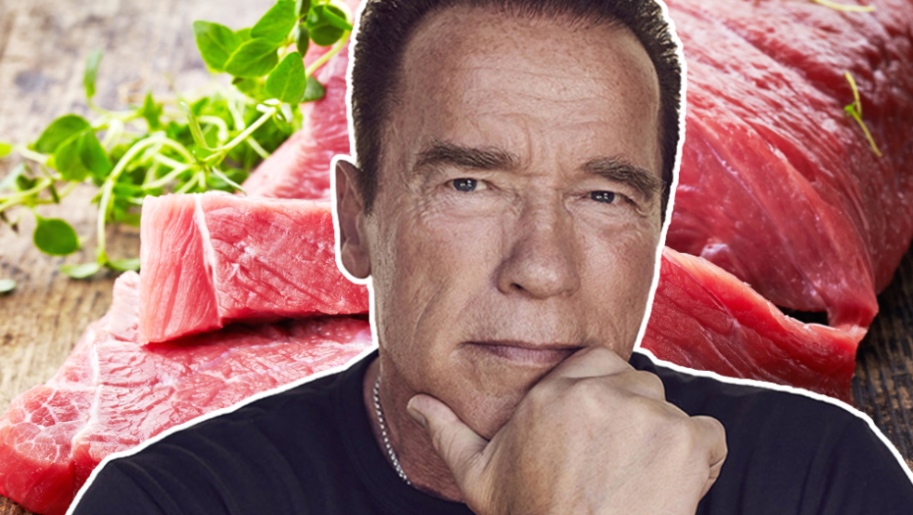 ‘They show these commercials… selling the idea that a real man eats meat. But you’ve got to understand – that’s marketing’

The Hollywood heavyweight, who recently said he felt ‘starstruck’ when meeting with environmentalist Greta Thunberg, posted a trailer of the high-anticipated film to his 17.4 million Instagram followers.

“I ate a lot of meat. They show these commercials – ‘steak, that’s what a man eats’ – selling the idea that a real man eats meat,” Schwarzenegger says.

“But you’ve got to understand – that’s marketing. That’s not based on reality”

Back in 2017, the star took to social media to discuss the impact of animal agriculture on greenhouse gas emissions, urging his followers to ‘cut down on meat‘.

“We have to reduce our greenhouse gases because we’re killing seven million people a year because of our pollution. We can do better than that,” he said.

“The film features some of the strongest, fastest and toughest athletes on the planet – and it’s backed by them too – with additional EPs including Formula One champion Lewis Hamilton, top-ranked tennis player Novak Djokovic, and nine-time NBA All-Star Chris Paul,” says the film’s description.

Game Changers will be available in theatres across the world from September 16.

You can find and buy tickets here

Liam Gilliver is a writer and poet from the north of England. His work has been featured in Gay Times Magazine, Attitude Magazine, Oh Comely, and The Huffington Post. He loves vegan mac and cheese more than anything else in the world.

A New Republic of the Heart

How To Be A Mentally Sovereign Human