The National Oceanic and Atmospheric Administration forecasts that this summer’s Gulf of Mexico dead zone will be a massive 7,829 square miles. To put this in perspective, the “dead zone” (an area so oxygen-depleted that most marine species can’t survive there) will be roughly the same size as Massachusetts.

According to a recent analysis by environmental protection organization Mighty Earth, America’s largest meat companies are to blame for the Gulf of Mexico dead zone. The analysis shows that huge meat companies have constructed slaughterhouses, processing facilities, and industrial farms in areas throughout the Mississippi River basin that are prone to flooding.

Mighty Earth reveals that meat companies have failed to develop or implement practices to protect water quality. As a result, “145 million tons of untreated animal waste and other pollutants” washed off their factory farms and into the Mississippi River watershed last year, threatening local water sources and contributing to the toxic algal blooms that help create the Gulf dead zone. Lucia von Reusner, campaign director for Mighty Earth, stated:

JBS and the other meat companies have gotten away with their reckless practices for so long because the chain of cause and effect is as long as the Mississippi River. But the connection between uncontrolled runoff from industrial farms and the dead zone is clear—and the results are disastrous.

The analysis pointed to food-processing company JBS as the main culprit, responsible for an incredible 80 million tons of pollution last year, and identified Cargill and Tyson as the most vulnerable to flooding. Von Reusner continued:

Dumping that much manure and slaughterhouse waste into our waters is clearly a major threat to our health and downstream prosperity, but the new forecast shows just how disastrous and out of hand the industry’s pollution has become.

While this new analysis is appalling, it is not surprising. The meat industry has a long history of pollution. For example, in 2018 a federal jury decided that Smithfield Foods should pay $473.5 million to North Carolina residents neighboring its factory farms. Residents sued Smithfield Foods, the world’s largest pork producer, for “unreasonable nuisances” they suffered from odors, flies, and rumbling trucks, according to The Associated Press. This news came just weeks after two related lawsuits awarded residents damages of about $25 million after a huge pig farm expanded near their homes.

On top of that, evidence shows that raising animals for meat, eggs, and dairy uses 30 percent of the planet’s ice-free land and makes up nearly 15 percent of human-induced greenhouse gas emissions.

Thankfully, we can do something to protect the environment, animals, and rural communities: choose plant-based foods. Learn more and receive easy vegan meal ideas and recipes by ordering a FREEVegetarian Starter Guide today. 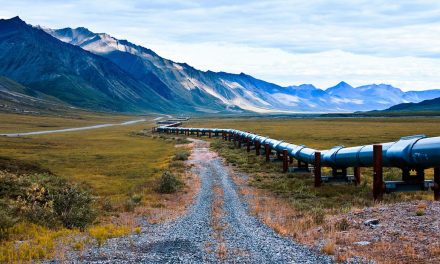