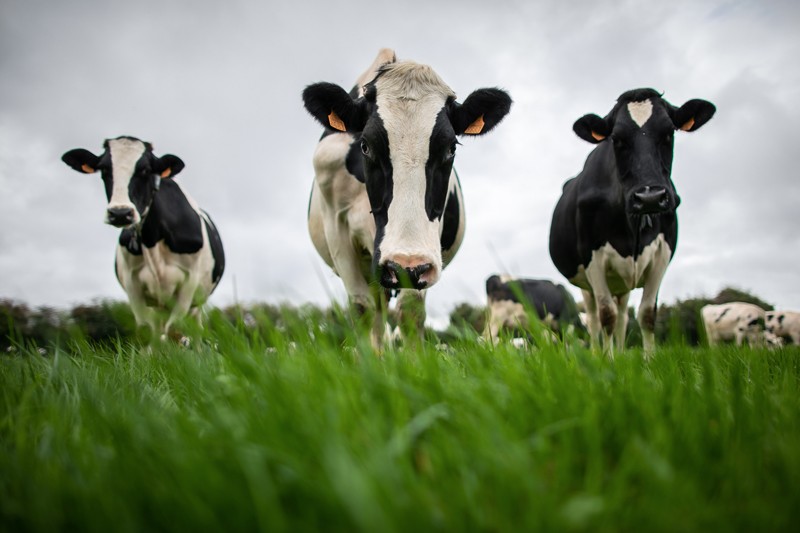 That level of 1,900 ppb is triple the pre-industrial level of 700 ppb. Furthermore, it is suddenly mysteriously accelerating over just the past 13 years. In turn, this exceptional acceleration could hasten global warming considerably. Of even more concern, the acceleration appears to be regenerating on its own accord sans human influence.

Euan Nisbet, one of the world’s leading methane experts, was extensively interviewed on Alex Smith’s Radio Ecoshock on February 23rd, 2022, www.ecoshock.org, which is one of the best outlets for ecological information and the status of the planet. Nisbet’s studies lead to a conclusion that increasing methane emissions likely originate from tropical nations more so than anywhere else on the planet: “There is strong evidence to suggest increasing tropical biological sources such as ruminants and wetlands are major drivers of methane’s recent growth. Growth in tropical methane emissions is consistent with a widening of regions experiencing tropical climate, land-use intensification and rapid population rise coupled with explosive urban growth.”

The upshot is CH4 has put on a stronger performance since pre-industrial than CO2, which is up roughly 50% or 1/6th the increase of methane’s 3-fold increase. Molecule-per-molecule methane is most effective over the short term (10 years) at trapping global heat. This sudden acceleration is not good news. It’s a climate change horror story that’s starting to come true.

Identifying the sources of methane is crucial for potential mitigation efforts. But unfortunately mitigation looks iffy or dubious, as shall be explained further on. Meanwhile, 600 million tonnes of methane is released into the atmosphere annually of which 2/5ths come from natural biogenic sources like rotting vegetation in swamps with the balance or 3/5ths tied to human activity. However, that ratio is changing in favor of biogenic.

Human sources include (1) agriculture, which is the largest source at 150 m tonnes (2) Urban landfills and sewage system at 70 m tonnes (3) fossil fuel industry at 100 m tonnes via leaking wells and pipelines and coal ventilation shafts in mines.

Unfortunately, the prevailing issue and big new concern is the startling fact that biogenic sources are now starting to predominate, which means that nature is outpacing the human influence. This is markedly true since 2007 and originating at the tropics, sub-tropics, and high northern latitudes. This is a classic example of positive feedback with “warming feeding more warming.” (Source: Methane in the Atmosphere is at an All-time High- Here’s What it Means for Climate Change, The Conversation, January 26, 2022) Ed. – University scholars and researchers with deep expertise author The Conversation articles.

This means that methane emissions are now accelerating “hands free” sans human impact. This is exactly what scientists have feared for decades. It’s notable that isotope signatures can determine methane sources, i.e., methane from nature (carbon-12) has a different signature than does methane from human sources (carbon-13).

Xin Lan, atmospheric scientist at NOAA’s Global Monitoring Laboratory, Boulder, Colorado, says studies show that the rapid increase since 2007 is 85% due to microbes or natural sources. This, therefore, is evidence of nature’s positive feedback loop at work with nature now producing accelerating levels on its own accord, an endless acceleration fed by global warming feeding itself! This is not comforting knowledge for those concerned about abrupt climate change with consequential excessive global heat.

Although, climate scientist Euan Nisbet says research is still ongoing as to the primary source. So, the source of accelerating CH4 is still up in the air, however, he claims: “Is warming feeding the warming? It’s an incredibly important question. As yet, no answer, but it very much looks that way.”

Additionally, of special note, and of special concern about future renegade methane emissions, NASA’s Arctic Boreal Vulnerability Experiment of a couple years ago identified methane hotspots via airborne sensors over nearly 12,000 square miles of Arctic landscape: “We detected 2 million of these hotspots over the land that we covered… mostly concentrated within about 44 yards of standing bodies of water… we found abrupt thawing of the permafrost right underneath the hotspots.” (Source: Clayton D. Elder, et al, Airborne Mapping Reveals Emergent Power Law of Arctic Methane Emissions, Geophysical Research Letters, February 10, 2020)

Two million Arctic hotspots where methane emissions were detected should give pause to the countries mentioned below that refused the Global Methane Pledge.

“Methane hitting 1,900 ppb is a fire alarm. We cannot stop natural wetland emissions. But human-caused emissions can be reduced, quickly. At COP26 in Glasgow – the most recent UN climate change summit in November 2021 – more than 100 nations signed the Global Methane Pledge, promising to cut methane emissions 30% by 2030.” (The Conversation)

It should be noted, and broadcast worldwide on a weekly basis, that the biggest emitters, including China, India, Russia, Qatar, and Australia refused to “pledge.” Yes, they refuse to cut methane emissions. The named countries want nothing to do with any attempts to diminish global warming’s favorite point of supply.

Thus and therefore, the question arises whether the Global Methane Pledge will be one more sour failure in the world’s lame attempts to mitigate climate change/global warming. It sure looks that way. Moreover, this repeating failure of nations to take on mitigation efforts is more than frustrating. It is endangering the equilibrium of the planet to support life.

This taxing nonsensical routine of nation/states committing to mitigation plans and not following through, e.g., Paris ’15, or refusing to commit to key mitigation efforts alongside other nation/states, e.g. the Global Methane Pledge, is starting to look like the “the kiss of death on auto pilot.”

Evidently, the horrifying message that global warming is nearly out of control, RGW (runaway global warming) is not getting through to the world leaders that are able to make a difference. This frustrating fact has led some climate scientists to seriously consider “tossing in the towel,” stop research, stop writing papers, go on strike. (Source: These Climate Scientists Are Fed Up And Ready To Go On Strike, New York Times, March 1, 2022)

The lackadaisical attitude by world leaders reflects a world that has turned anti-intellectual, anti-science just when it is needed the most. If it were otherwise, with scientists held in highest esteem, a lot of the planet’s upcoming dark era could be eliminated.