Canada this week once again turned its peaceful ice floes into an open-air slaughterhouse, with the reopening of the annual commercial seal hunt. Sealers are expected to club and shoot tens of thousands of harp seal pups in coming weeks, despite the fact that more than 37 countries have banned the commercial seal product trade and demand and prices for seal fur are down globally.

According to data made available by the Canadian government, 2,382 seals had been killed by end of day Thursday, within three days of the hunt opening. Approximately 11,600 seals were killed over the same period last year, and the smaller number could be an effect of a continuing decline in prices and demand for seal fur.

More than 98 percent of the seals killed will be under three months of age. According to the Canadian government, young harp seals provide the most valuable pelts and market demand is generally stronger for this type of pelt. After the animal has been killed and skinned, the carcasses are usually abandoned at sea.

Our Humane Society International/Canada team has documented this slaughter for 12 years and members of our team, led by HSI/Canada Executive Director Rebecca Aldworth, have watched the horrors unfold, despite the heartbreak they personally endured. We have done this because we want to keep the world’s attention focused on this cruel spectacle, and build the case globally for ending it altogether.

The suffering the seal pups endure is immense. Sealers shoot at moving seal pups located on moving sea ice from moving vessels, from long distances and in adverse weather conditions. Often, the seals are not killed by the first bullet. They can suffer for several minutes or longer while sealing vessels maneuver through the sea ice to retrieve them. Wounded seals are frequently hooked onto vessels and clubbed to death on deck.

Often, sealers will club seals directly on the ice and it can take multiple strikes for the seal to become unconscious. Any wounded seals who manage to escape into the open water will only die a slow, excruciating death.

It is the most gruesome spectacle one can imagine, but there is hope. Because of the work done by the Humane Society of the United States and HSI, and our partners around the world, the United States, Mexico, the 28 countries of the European Union, the five countries of the Eurasian Economic Union, Taiwan, Switzerland and India have all banned trade in seal skins and other products of commercial seal hunts for animal welfare or conservation reasons. As a result, prices for seal fur have declined by 74 percent and 90 percent of licensed sealers now refuse to participate in the slaughter because it is no longer profitable. This means that although tens of thousands of seals pups will tragically die this year, hundreds of thousands more will not.

Some industry advocates are beginning to push back, however, with Carino, the top seal processor in Canada, announcing this week that the industry is seeking even more government handouts (on top of the tens of millions of tax dollars it has already received). This time, acknowledging there is little future in marketing seal fur, they want to research and market seal meat and oil so the industry can diversify. This makes no sense because there is no demand for these products and past attempts to market them have failed miserably.

Our HSI/Canada staff is on the job to fight these proposals as they come up. Years ago, we made a promise to the seals: that we would never stop until peace had been restored to the ice floes. There are many challenges ahead this year. But with your support we will remain vigilant as ever and continue to push toward the day when there are no more commercial seal hunts. 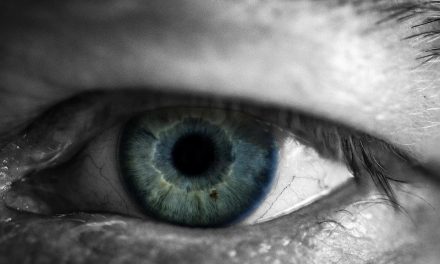