Every year on 8 June we celebrate World Oceans Day – a day when we’re encouraged to think about the oceans and the impact that we humans are having on the marine environment and the creatures who live there.

I don’t think the health of the oceans has ever been higher in the public consciousness. Blue Planet and Blue Planet II took us under the waves and revealed some of the astonishing mysteries of the deep, whilst shining an uncomfortable spotlight on the harm that we are wreaking on our seas.

Human activities are pushing some marine species towards extinction, including some of the smallest dolphins in the world. Collectively known as New Zealand dolphins, Hector’s and Māui dolphins live only around the coast of New Zealand and they are dying in fishing nets at a rate that will see them extinct if we don’t change our behaviour around them and remove the destructive fishing nets from their home. Nobody wants to catch a dolphin in their net, so we need to work together to ensure that fishers can fish and earn their living without harming dolphins. In this case, that means a no-trawling and no set nets zone within the dolphins’ habitat. 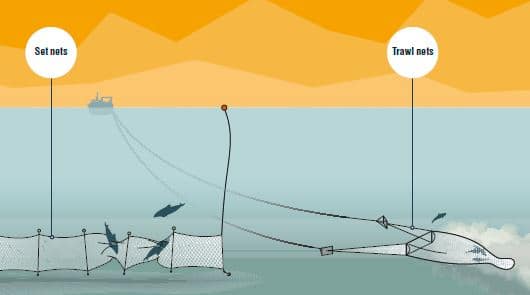 With your support, we’ve been working hard to save these beautiful, intelligent little dolphins. More than 41,000 of you signed our petition, calling on the New Zealand government to remove the killer nets from the areas where these dolphins live. If you were one of those people, thank you so much – you’ve played an important part in helping us get government attention to try to get these dolphins the protection they desperately need.

To prevent a New Zealand dolphin extinction will take a massive effort involving both public pressure and behind-the-scenes political lobbying and campaigning. Thanks to donations from our amazing supporters, we’ve been able to produce this briefing for politicians and conservation agencies. 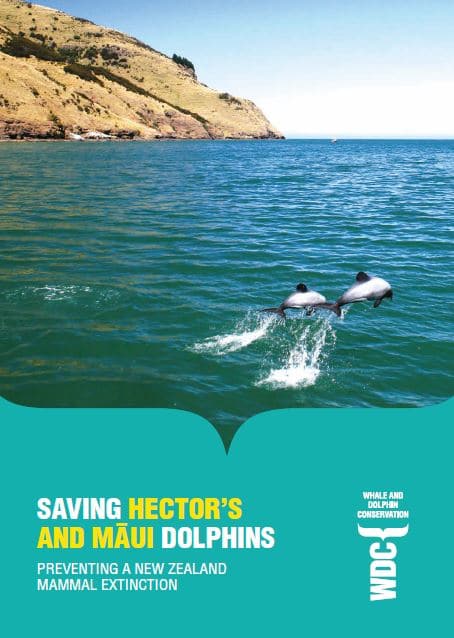 It clearly lays out the issue and the steps needed to save the dolphins. We’ve brought together our colleagues in international conservation organisations and local New Zealand charities so we are all unified in calling on Prime Minister, Jacinda Ardern to be on the right side of history and act now to save these endemic New Zealand mammals.

Now we’re planning a series of meetings and briefings with New Zealand ministers, MPs and media representatives to discuss the problem and solution with them. We also need to enlist the support of key individuals and influencers. I’m so proud to share this picture with you of my WDC colleagues, Philippa Brakes and Gemma McGrath meeting with one of my conservation heroes, Dame Jane Goodall. They talked with her about our campaign and her support will be a very important force for change.

We need to get this extinction emergency high on the New Zealand political agenda and convince decision-makers to act with urgency and determination. It’s no good skirting around the edges anymore – if we don’t convince the fishing industry and recreational fishers to take decisive action now, it really will be too late. Extinction is forever – there will be no second chance to get this right. Whether these dolphins survive and thrive or vanish from our planet forever is up to us, right here, right now. Thank you for playing your part.