Much of the following article is based on a new 20-page report by environmentalist Dr Rosemary Mason. Readers are urged to access the full report containing all relevant citations here.

In a new paper published in King’s Law Journal — ‘The Chemical Anthropocene: Glyphosate as a Case Study of Pesticide Exposures’ — the authors Alessandra Arcuri and Yogi Hale Hendlin state:

As the science against glyphosate safety mounts and lawsuits threaten its chemical manufacture’s profits, the next generation of GMO crops are being keyed to the pesticide dicamba, sold commercially as XtendiMax® – and poised to be the next glyphosate. Regulatory agencies have historically been quick to approve products but slow to reconsider regulations after the decades of accumulated harms become apparent.

They add that the entrenched asymmetries between public and ecological health and fast-to-market new chemicals is exacerbated by the seeming lack of institutionalised precautionary policies.

According to environmentalist Dr Rosemary Mason, these ‘entrenched asymmetries’ result from the corporate capture of key policy-making bodies and their subversion by agri-food oligopolies.

In her new report, ‘Why Does Bayer Crop Science Control Chemicals in Brexit Britain’, she states that Bayer is having secret meetings with the British government to determine which agrochemicals are to be used after Brexit once Britain is ‘free’ of EU restrictions and becomes as deregulated as the US.

Such collusion comes as little surprise to Mason who says the government’s ‘strategy for UK life sciences’ is already dependent on funding from pharmaceutical corporations and the pesticides industry:

Syngenta’s parent company is AstraZeneca. In 2010, Syngenta and AstraZeneca were represented on the UK Advisory Committee on Pesticides and the Committee on Toxicity of Chemicals in Foods, Consumer Products and the Environment. The founder of Syngenta, Michael Pragnell CBE, was the Chairman of Cancer Research UK (CRUK) from 2011-2017. CRUK started by giving money (£450 million/year) to the Government’s Strategy for UK Life Sciences and AstraZeneca provided 22 compounds to academic research to develop medicines. AstraZeneca manufactures six different anti-cancer drugs mainly aimed at breast and prostate cancer.

It seems like a highly profitable and cozy relationship between the agrochemical and pharmaceutical sectors and the government at the expense of public health.

Mason states that pesticides have been conveniently kept off the public health agenda: people are being blamed for obesity and rising rates of illness because of lifestyle choices. Because ‘loosely’ regulated and unmonitored pesticides continue to proliferate, she says that each year there are steady increases in the numbers of new cancers in the UK and increases in deaths from the same cancers, with no treatments making any difference to the numbers.

However, it is not just human health that is at risk from pesticides.

In 2010, Dutch toxicologist Henk Tennekes described neonicotinoid insecticides as an unfolding disaster. In his book The Systemic Pesticides: a Disaster in the Making, he catalogued a tragedy of monumental proportions regarding the loss of invertebrates and subsequent losses of the insect-feeding (invertebrate- dependent) bird populations in all environments in the Netherlands.

The disappearance can be related to agriculture in general, and to the neonicotinoid insecticide imidacloprid in particular, which is a major contaminant of Dutch surface water since 2004. The relationship exists because there are two crucial (and catastrophic) disadvantages of the neonicotinoid insecticides: they cause damage to the central nervous system of insects that is virtually irreversible and cumulative. There is no safe level of exposure, and even minute quantities can have devastating effects in the long term; they leach into groundwater and contaminate surface water and persist in soil and water chronically exposing aquatic and terrestrial organisms to these insecticides. So, what, in effect, is happening is that these insecticides are creating a toxic landscape, in which many beneficial organisms are killed off.

From Rachel Carson back in 1962 with her book Silent Spring to more recent researchers, governments have been warned about the catastrophic effects of pesticides but have continued to capitulate to industry interests.

Mason counts the costs of these unheeded warnings. In 2017, scientists in Germany found three quarters of flying insects had vanished in 25 years in protected habitats surrounded by intensively farmed land. It was predicted that the world is “on course for ecological Armageddon” and profound impacts would be felt by human society.

In France, scientists have revealed a massive decline in bird populations. The primary culprit, researchers speculate, is the intensive use of pesticides on vast tracts of monoculture crops, especially wheat and corn. The problem is not that birds are being poisoned, but that the insects which they depend on for food have disappeared.

This global insect apocalypse is largely the result of intensive agriculture and pesticide usage. According to Mason, one of the biggest impacts of insect loss is on the many birds, reptiles, amphibians and fish that eat insects. If this food source is taken away, all these animals starve to death. Such cascading effects have already been seen in Puerto Rico, where a recent study revealed a 98% fall in ground insects over 35 years.

The demise of insects appears to have started at the dawn of the 20th century, accelerated during the 1950s and 1960s and reached alarming proportions over the last two decades.

Mason refers to documents that reveal the EU bowed to demands of pesticide lobbies and created SAPEA (Science Advice for Policy by European Academies) which she says is “a committee of corrupt individuals that would actually increase sales of pesticides.”

She notes that the environmental group Pesticide Action Network Europe (PAN) has obtained over 600 documents showing top EU officials fighting to “cripple” the bloc’s pesticide protection legislation. They show top officials trying to protect chemical and farming interests (and profits) from incoming European rules that were expected to directly ban up to 32 endocrine disrupting (EDC) pesticides. Mason concludes that current EU legislation is set up in favour of the pesticides industry.

In discussing the failure of regulators to keep hazardous chemicals from polluting our wildlife, food, air and drinking water. Mason cites several studies and reports and concludes that thousands of chemicals have entered the food system. Their long-term, chronic effects have been woefully understudied and their health risks inadequately assessed.

It is worrying to think that, globally, sales of synthetic chemicals are to double over the next 12 years with alarming implications for health and the environment if governments continue to fail to rein in the plastics, pesticides and cosmetics industries. The second Global Chemicals Outlook (2019) says the world will not meet international commitments to reduce chemical hazards and halt pollution by 2020. In fact, industry has never been more dominant nor has humanity’s dependence on chemicals ever been as great.

Global agricultural corporations have been severely criticised by Hilal Elver, the UN Special Rapporteur on the right to food. A report presented to the UN human rights council in 2017 was severely critical of the global corporations that manufacture pesticides, accusing them of the “systematic denial of harms”, “aggressive, unethical marketing tactics” and heavy lobbying of governments which has “obstructed reforms and paralysed global pesticide restrictions”.

Elver says many of the pesticides are used on commodity crops, such as palm oil and soy, not the food needed by the world’s hungry people: “The corporations are not dealing with world hunger,” she says, despite industry propaganda which claims it and its chemicals are necessary for feeding the world. This is simply not true. Numerous high-level reports say that agroecology can feed the world healthily and sustainably.

The Chief Scientist for the UK’s Defra (Department for Environment, Food and Rural Affairs) Professor Ian Boyd has pointed out that once a pesticide is approved there is no follow up.

Moreover, Dr Michael Antoniou, head of the Gene Expression and Therapy Group at King’s College London, told a Royal Society of Medicine conference that the adjuvants in commercial pesticide formulations can be toxic in their own right and in some cases more toxic than the declared active ingredients. Yet only the active ingredients are tested and assessed for long-term health effects in the regulatory process. He also said that research on hormone-disrupting chemicals, including pesticides, shows that very low realistic doses can be more toxic than higher doses.

Nevertheless, Dave Bench, head of UK Chemicals Regulation Division, has described the regulatory system for pesticides as robust and as balancing the risks of pesticides against the benefits to society. Does this mean balancing industry profits against public interest on a set of scales heavily weighted in favour of the former?

Glyphosate in the dock

Hilal Elver has stated that to address the pesticides issue, we must deal with the corporations pushing them. And this is not lost on Mason who documents Monsanto’s dirty tactics to keep its multi-billion-dollar money-spinner glyphosate-based Roundup on the market.

Bayer CEO Werner Bauman has told his top-tier investors that Bayer had performed an adequate due-diligence on Monsanto before purchasing the company for $66 billion. At the time of its purchase, Monsanto told its German suitors that a $270-million set-aside would cover all its outstanding liabilities arising from Monsanto’s 5,000 Roundup cancer lawsuits.

But Bauman has conceded to anxious shareholders that Monsanto had withheld internal papers relevant to the case. Bayer never saw those internal Monsanto documents prior to the purchase.

Robert F Kennedy, co-counsel to Baum Hedlund Law, which is representing nearly 800 people in the US who allege Roundup exposure caused their non-Hodgkin lymphoma, says that it was no surprise that Monsanto kept secrets from Bayer.

“Researchers peg glyphosate as a potent endocrine disruptor, which interferes with sexual development in children. The chemical compound is certainly a chelator that removes important minerals from the body, including iron, magnesium, zinc, selenium and molybdenum. Roundup disrupts the microbiome destroying beneficial bacteria in the human gut and triggering brain inflammation and other ill effects.

Kennedy states that glyphosate now accounts for about 50% of all herbicide use in the US. About 75% of glyphosate use has occurred since 2006, with the global glyphosate market projected to reach $11.74 billion by 2023. He adds that never in history has a chemical like glyphosate been so pervasive. It is in our air, water, plants, animals, grains, vegetables and meats. It’s in beer and wine, children’s breakfast cereal and snack bars and mother’s breast milk. It’s even in our vaccines.

The issues outlined here are not confined to Europe, the UK or the US. From Argentina to India, the agri-food industry is subverting public institutions and adversely impacting diets, food, public health and the environment.

Regardless of a rapidly emerging health and environmental apocalypse, unrestrained capitalism reigns, profits trump public interest and its business as usual. 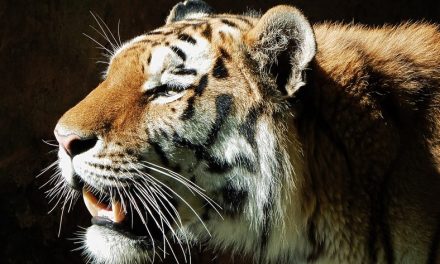 Stop Eating Fish. It’s the Only Way to save the Life in Our Seas