Animals in factory farms have the worst lives, that virtually no one would want for themselves. This report compares how their suffering may measure up to wild animals, and other humans.

In this ambitious report from Charity Entrepreneurship, researchers attempted to rate and rank the life experiences of many animals, both wild and captive. Ratings were based on several factors, such as mortality rates and causes, ability to feel pain and suffering, disease rates, environmental challenges, biological markers of happiness or stress, access to sufficient food and water, and restrictions on natural behavior. Measurements of all of these factors were collected from numerous other peer-reviewed reports.

Included on their list is a factor called “Human preference from behind the Veil of Ignorance.” The Veil of Ignorance is a philosophical concept most famously associated with John Rawls, a 20th-century American political philosopher. It is a tool that he used in his discussion of inequality – essentially, if you did not know what situation you would be born into, what would your ideal society look like? Rawls believed that our society would be much more equal if we constructed it from behind the Veil of Ignorance, because we wouldn’t want to risk being on the losing end of many of the inequalities in our current society.

The researchers in this study adapted the Veil of Ignorance to include other animals – what animals would a human accept being born as? If we knew there was a chance we would be born as a factory-farmed pig or chicken, would we change our farming and dietary practices?

In general, and perhaps unsurprisingly, wild animals fared better in terms of freedom and stress. While human encroachment does limit some animals from performing their natural behaviors, the vast majority are free to do what they wish. Furthermore, apart from acute periods of stress (predation, competition for mating, severe weather, etc.), their lives are relatively stress-free. Mortality rates are usually high, especially for smaller animals like insects, rodents, and birds. Disease rates vary between species, but no wild animals have access to veterinary care. Overall quality of life ratings ranged from close to the top, in the case of wild chimpanzees, to near the bottom in the case of wild bugs and fish.

No farmed animal in this study was regarded as having a positive life experience. Cows used for meat fared the best, as their lives were evaluated as largely neutral with brief punctuations of extreme stress and pain (dehorning, transport, slaughter). The animals that were given the lowest ranking were all “poultry”: factory-farmed turkeys, factory-farmed broiler chickens, and laying hens in battery cages. The reasons for these were mostly the same: a stressful environment, inability to perform natural behaviors, rampant disease and injury, overcrowding, and poor environmental quality. The only non-human animals with positive life experiences in this report were wild chimpanzees, who were also the only non-human animals to pass the Veil of Ignorance test.

The fact that animals in human captivity were deemed to have worse overall lives than most wild animals is something deserving of deep concern. Most wild animals have tough lives due to uncontrollable factors: There will always be predation, disease, competition, and food scarcity in the wild. While we have a duty to minimize our impact on wild animals, it’s infeasible to eliminate all of the stresses and dangers that wild animals face.

When animals are in our care, however, we have the ability – and many would argue, the duty – to ensure suitable environments, access to food and water, and proper veterinary care. That this has not been done is a moral failure on our part, and one that could be changed with widespread economic and social pressure.

Animal advocates need to spread information about the conditions in factory farms, and organize consumer campaigns to change these practices. Providing cleaner environments and more space for chickens and turkeys is an easy way to greatly improve the lives of these animals, which is the least we can do. Ultimately, the treatment of these animals underscores the belief amongst much of the population that animals are tools or property, not individuals. Changing this belief is the overarching goal of animal advocates, and research into animal cognition and emotion is key in this effort.

Check out the full report to see the entire range of comparisons, including some relating to humans in different living situations as well. 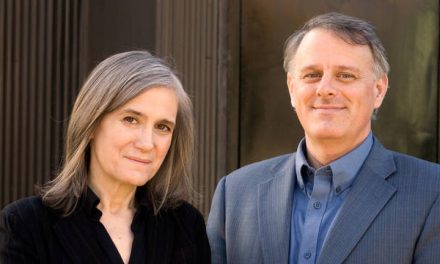 Climate Action: Only the Most Radical Approach Will Work