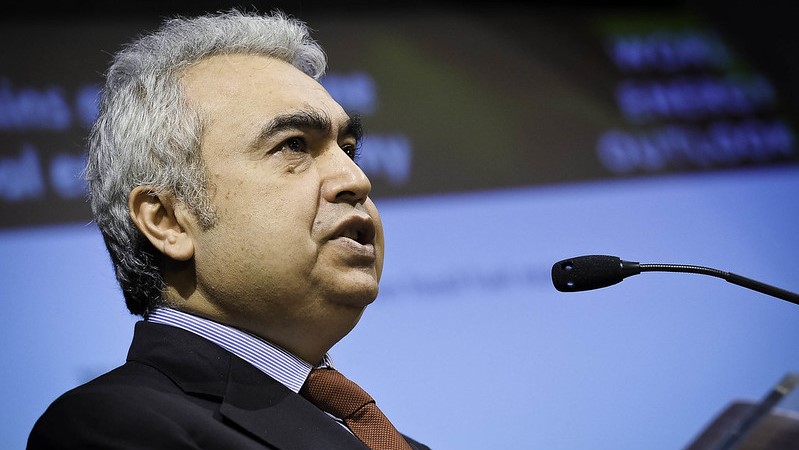 Political and financial leaders have “a historic opportunity” to usher in a new era for global climate action with economic stimulus packages to confront the coronavirus pandemic, the head of the International Energy Agency (IEA) has said.

In an interview with Climate Home News on Tuesday, Fatih Birol said stimulus packages to prop up economic recovery marked a critical moment for governments to “shape policies” in line with climate action.

“I am talking with several governments and international financial institutions leaders because they are all busy designing stimulus programmes for the economy – the plans they will put together will be extremely important,” he said.

“This is the reason I am telling them that we can use the current situation to step up our ambition to tackle climate change.”

Birol said he had urged political and global financial leaders to design “sustainable stimulus packages” that focus on investing in clean energy technologies and accelerate the transition away from fossil fuels.

“This is a historic opportunity for the world to, on one hand, create packages to recover the economy, but on the other hand, to reduce dirty investments and accelerate the energy transition,” he said.

The health crisis has hammered the economy in the week since the World Health Organisation declared coronavirus a pandemic. Stock markets have seen some of their toughest days of trading, sparking fears of a global economic recession.

The aviation industry has come under particularly strains in recent weeks, with a number of airlines announcing a dramatic scale-back of their operations and executives calling for government bailouts to avoid bankruptcy.

“The global economy is going through very difficult times and the energy sector is disproportionately affected,” said Birol. “Aviation represents 1% of the global economy but it’s 8% of global oil consumption.”

“I understand that when I talk to governments, they are very much preoccupied with the current economic turmoil but we should keep the eye on the ball that is addressing climate change,” he said.

Birol was speaking before reports in US media that President Donald Trump would be seeking an $850 billion stimulus package, including $50 billion for airlines.

Last year, a report by UN Environment found the world needed to cut emissions by 7.6% per year until 2030 to limit global warming to 1.5C by the end of the century – the tougher temperature goal countries committed to under the Paris Agreement.

Coronavirus may toughen airlines’ goals for curbing emissions in 2020s

In most recent years, global emissions have increased but they stagnated in 2019, according to an IEA analysis.

Birol insisted 2019 could mark a definite peak in emissions, but only if governments seized interventions to recover from the impacts of the coronavirus as the moment to gear the economy towards a green transition.

“It may well be the case that we will see 2020 emissions decline. In my view, this is not a reason to celebrate because emissions reduction should be the result of right energy policies,” he said.

In a statement last week, Birol wrote that such policies could include large-scale investments in clean energy technologies such as solar, wind, hydrogen and carbon capture and storage technologies.

The massive investment plan outlined by Birol echoed proposals such as the EU Commission’s “green deal for Europe” aimed at accelerating the shift of capital towards the green economy while creating climate-proof jobs.

The IEA has previously come under criticism for underplaying the speed of renewable energy deployment and for not considering the Paris Agreement’s more ambitious target of 1.5C in its influential World Energy Outlook scenarios.

Birol also advocated for countries to capitalise on low interest rates to boost innovation on hydrogen and carbon capture and storage technology, and use the opportunity of steep reductions in oil prices to cut fossil fuel consumption subsidies.

The IEA estimates annual fossil fuel consumption subsidies are worth $400 billion worldwide, 40% of which are used to make oil products cheaper.

Birol expressed optimism governments could bend the emissions growth curve this year because of a number of favourable factors.

An IEA analysis found that 70% of global energy investments is driven by governments directly or indirectly as a response to policy. Meanwhile, the low cost of clean energy strengthens the economic case for the clean energy transition to drive stimulus packages.

“This is a huge opportunity we cannot miss,” he said. “Here the issue is not only the level of money [dedicated to stimulate the economy] but the direction of the money,” he said.