With Temperatures Rising, Can Animals Survive the Heat Stress? 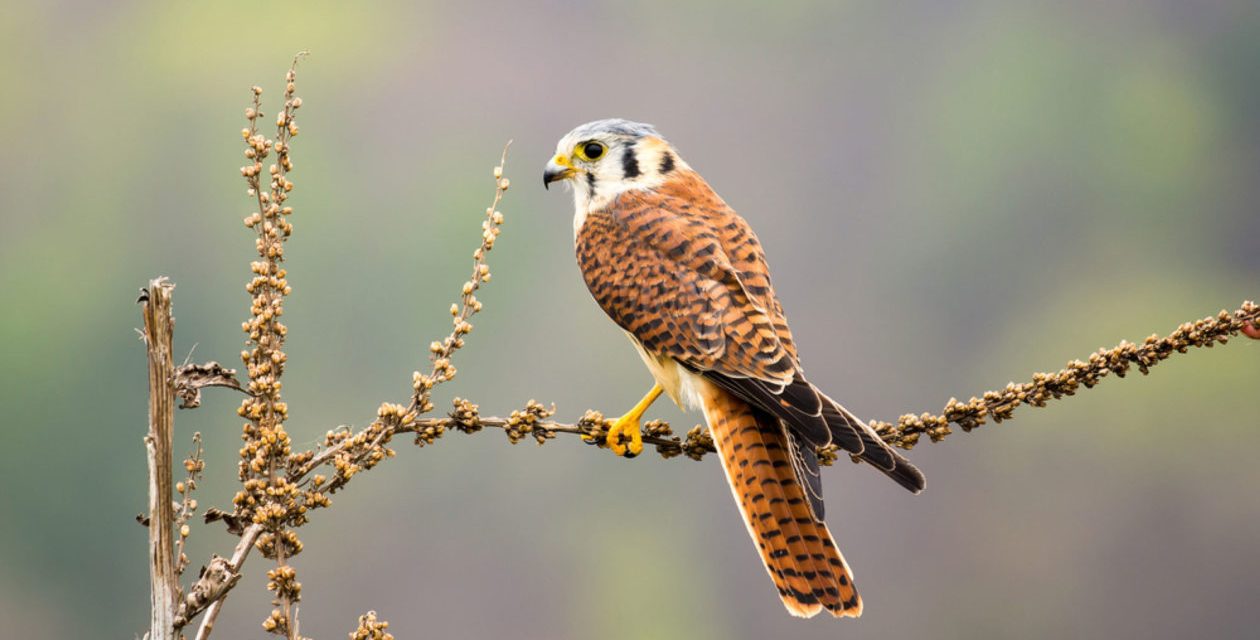 Populations of the American kestrel (above) and other birds are declining in the Mojave Desert as temperatures rise. SHUTTERSTOCK

A growing number of studies show that warming temperatures are increasing mortality in creatures ranging from birds in the Mojave Desert, to mammals in Australia, to bumblebees in North America. Researchers warn that heat stress could become a major factor in future extinctions.

In the early 20th century, pioneering naturalist Joseph Grinnell and his team studied the flora and fauna of California, conducting meticulous surveys across large swaths of the state, including the Mojave Desert. They collected 100,000 specimens and took 74,000 pages of field notes, creating an invaluable baseline against which to measure long-term change.

Several years ago, a research team from the Grinnell Resurvey Project at the University of California, Berkeley set out to find how desert birds had fared over the last century. The changes were profound. In a study published last fall, the team found that on average temperatures in the desert had increased 3.6 degrees Fahrenheit, making one of the world’s hottest places even hotter.

They also found that nearly a third of the 135 bird species present a century ago are far less common today and not nearly as widespread. The “heat stress associated with climate change” is the culprit, the study concluded, because desert birds need more water to keep cool, but it is not available.

The effects of heat stress on organisms trying to survive outside the temperature envelope they evolved in is becoming evident.

The impacts of a hotter world are no longer off in the future — they have already arrived. As the planet grows warmer, the effects of heat stress on organisms trying to survive outside the temperature envelope they evolved in is becoming increasingly evident. From insects to coral reefs to biodiversity across entire ecosystems, researchers are chronicling the serious impacts of heat stress as temperatures break records. And several leading scientists believe we are underestimating the impacts, even as the heat ramps up.

The period from 2015 to 2019 was the warmest five-year period on record, according to a new report from the World Meteorological Association, and the just-finished decade was the hottest since record-keeping began. Last summer across Europe numerous high temperature records were broken, and the “frequency, intensity, and duration of heat waves are all expected to increase,” according to a recent paper. Marine heat waves are occurring four or five times more frequently than in the 1980s, according to another recent study.

Australia has been ground zero for recent extreme heat waves. Heat waves have occurred for centuries across the dry continent, but of the 39 known ones, 35 have taken place since 1994. This past summer was the second-hottest on record and the country is projected to warm faster than the global average, rising 4 degrees Celsius (7 degrees F) by 2100. Australia set a new record high in 2019 of 107.4 degrees F, which was an average of highs across the country. The individual record-high temperature was 121 degrees F in 2019 in Port Augusta.

One of the best-studied heat events in Australia took place in 2011 and shows how devastating the effects of extreme heat can be, on both terrestrial and marine ecosystems. The exceptional temperatures, a 2018 paper concluded, caused “rapid, diverse, and broad scale” changes and “triggered abrupt, synchronous … ecological disruptions, including mortality, demographic shifts, and altered species distributions.” The paper said that tree die-off and coral bleaching occurred simultaneously in response to the heat wave and “were accompanied by terrestrial plant mortality, seagrass and kelp loss, population crash of an endangered terrestrial bird species [Carnaby’s black cockatoo], plummeting breeding success in marine penguins, and outbreaks of terrestrial wood-boring insects.” 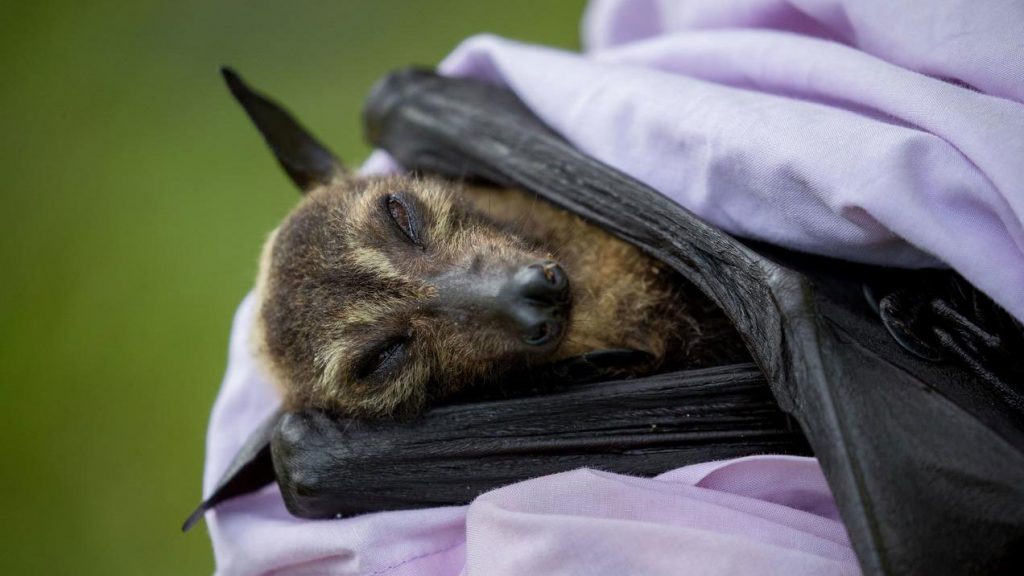 A spectacled flying fox that died in the November 2018 heat wave in Australia. MARC MCCORMACK/EPA

This cascade of events led the team of researchers to conclude that “the extent of ecological vulnerability to projected increases in heat waves is underestimated.”

Other recent events show the disparate impacts of extreme heat. In November 2018, the temperature in northern Australia soared to 107 degrees and stayed there for days. Endangered spectacled flying foxes — 2-pound animals with 5-foot wing spans — were overwhelmed. They tried to cool off by fanning themselves with their wings and panting, but that fell far short. In the end, some 23,000 of the endangered animals fell out of trees and died. The heat also killed fish, wild horses, and camels.

In 2014, an Australian heat wave killed more than 45,000 bats of various species. In some places fire trucks were deployed to spray and cool off dying bats.

Last month, the U.S. National Oceanic and Atmospheric Administration (NOAA) predicted that this year would bring the third major coral bleaching event to the Great Barrier Reef in five years because of heat waves. Coral bleaching occurs when high sea temperatures cause the living corals to expel the symbiotic algae on which the corals depend.

Experts say extreme temperatures are the catalyst for a growing number of local extinctions.

Research on impacts to the natural world from increasing temperatures is still in its early stages. But David Breshears — a University of Arizona professor of ecology and an expert in forests and climate change, is deeply worried. “First you get drought, on top of that the average temperature is going up, and on top of that a heatwave occurs,” said Breshears, who co-authored the 2018 heat wave paper. “Do extremes matter? You better believe they do, and it’s scary and getting scarier.”

Extreme temperatures — as opposed to warmer average temperatures — are the catalyst for a growing number of local extinctions, experts say. A recent study looked at 538 plant and animal species at 581 sites around the world that had been previously surveyed. The goal was to understand what aspect of climate change was the most serious threat to biodiversity. Researchers found that 44 percent of the species at the sites had gone locally extinct, and that the culprit was an increase in the temperature of the hottest days of the year.

John J. Wiens, an evolutionary ecologist at the University of Arizona and a co-author of that study, said this research creates a model that allows scientists to estimate at what temperatures species around the world will not be able to take the heat anymore. “We can estimate the global extinction for each species,” he said. He estimated that if there is moderate global warming, 16 percent of all species would be lost; if there’s more severe warming, 30 percent could be lost. “The big picture is that one in three species could go extinct over the next 50 years,” Wiens said.

Part of what dictates whether species will survive is their physiology and habits. Birds pant to cool off, exhaling air and water. The hotter they get, the more water they need to expel. The mourning dove, for example, requires 10 to 30 percent more water to keep cool than it did a century ago, according to the Grinnell Resurvey Project. 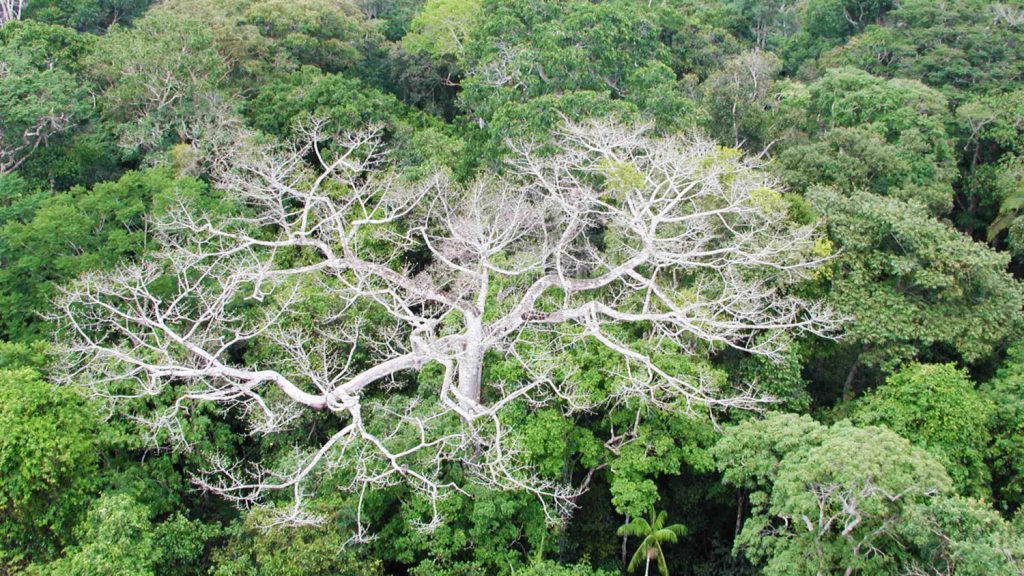 A dead tree in the Brazilian Amazon rainforest during the September 2010 drought. NASA/JPL-CALTECH

Insect or animal-eating birds, which get their water from their prey, are even worse off. The Mojave Desert study found that if water needs increase by 30 percent, larger birds need to catch 60 to 70 bugs more per day to satisfy their water needs, which has an energetic cost. That’s why avian carnivores in the desert — including the kestrel, prairie falcon and turkey vulture — have declined along with insectivores such as gnatcatchers and mountain chickadees. All told, the increasing need for water has led to a 43 percent decline in species richness, the Grinnell Resurvey Project concluded.

Birds suffer more than other animals. “They have high exposure to climate change,” said Riddell. “They are diurnal and exposed to the hottest part of the day. Small mammals live underground and are generally nocturnal.” Insects are small and can take advantage of smaller habitat niches.

“If current trends continue, we’ll see more declines in the desert birds,” Riddell said. “Even desert specialists are struggling to live in this environment that they are supposedly well adapted for.”

Some insects in some places have taken a heat hit as well. A recent study found that the number of areas that native bumblebees occupy has plummeted 46 percent in North America and 17 percent in Europe compared to surveys taken from 1901 to 1974. Those bee-less areas were also places with a high degree of climate variation, especially higher temperatures. “Climate change is related to the growing extinction risk that animals are facing around the world,” lead author Peter Soroye said, because of “hotter and more frequent extremes in temperatures.”

“As you crank up the heat, the time it takes to kill trees is less and less,” says one researcher.

At the same time, an increase in temperatures is also expected to boost some insect populations — including those that eat crops. A 2018 study predicted that could have a serious detrimental impact on world food supplies. “Warmer temperatures increase insect metabolic rates exponentially,” said Chris Deutsch, a professor of oceanography at the University of Washington, who led the team. “Second, with the exception of the tropics, warmer temperatures will increase the reproductive rates of insects. You have more insects and they’re eating more.”

Warmer temperatures are already causing major damage to the world’s forests. As temperatures warm, trees become less resilient and die-offs become more frequent — as much as five times more so. “If the climate warms a little more, things don’t get a little different, they get very different,” said Henry Adams, a plant biologist at Oklahoma State University and co-author of a recent paper on the topic. “You get an acceleration in the rate of mortality. As you crank up the heat, the time it takes to kill trees is less and less.”

And there is concern that warmer temperatures will also keep burned forests from re-growing and that those ecosystems will instead transform into grasslands or shrub ecosystems. 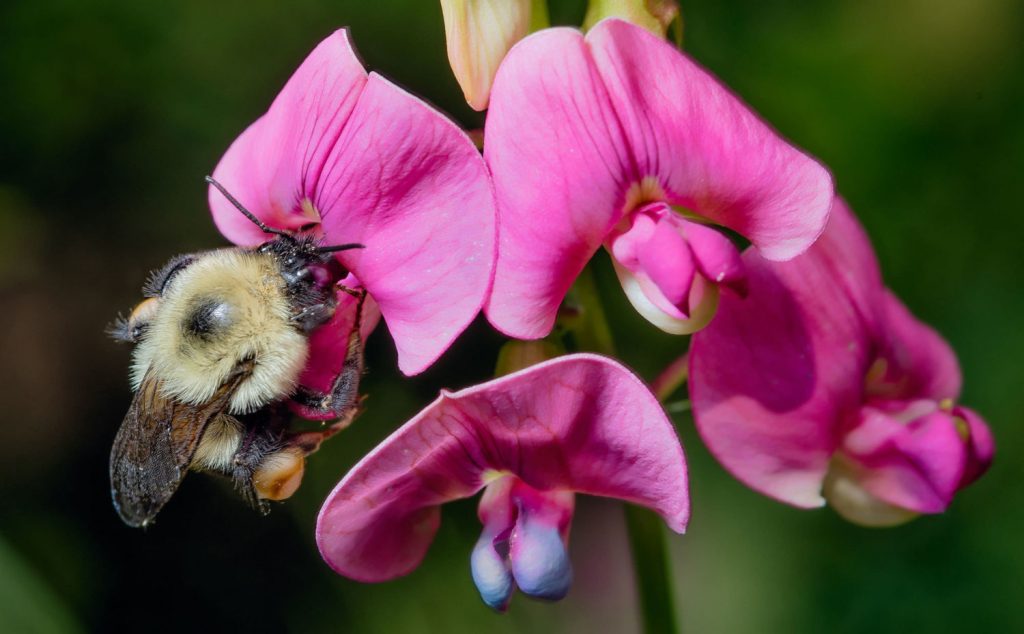 Native bumblebee species, such as the Bombus impatiens, have declined 46 percent in North America. COURTESY OF ANTOINE MORIN

Part of the reason is that, in the American West, fires are becoming bigger and hotter and more frequent, which kills the mother trees needed to drop seeds and regenerate the forest. Extreme heat then reduces seedling survival. “The hotter, drier climate is making it more difficult for trees to regenerate on sites to which a lot of these conifers were suited,” said Craig Allen, a research ecologist with the U.S. Geological Survey in New Mexico. “Parts of the landscape are becoming less available” to regrowth.

This trend is especially important because forests are a significant carbon sink. For 30 years, nearly 100 institutions studied 565 tropical forests in Africa and the Amazon to understand their role in taking up and sequestering atmospheric carbon dioxide, which helps mitigate climate warming.

What they found, in a paper published this month in the journal Nature, is that the uptake of CO2 in these forests peaked in the 1990s. By 2010, their ability to take up carbon had dropped by a third.

The cause was the growing number of dead trees in these forests, which were killed by higher temperatures, according to Wannes Hubau, who worked on the project as a post-doctoral researcher at the University of Leeds and who now works with the Royal Museum for Central Africa in Belgium.

“Our modeling of these factors shows a long-term future decline in the African [carbon] sink,” said Hubau, “and that the Amazonian sink will continue to rapidly weaken, which we predict to become a carbon source in the mid-2030s.”

So What’s Wrong with Wool?