The more capable people are of taking a moment to reflect on their actions, the more likely they are to have a sense of meaning in life and to react to nature in a positive way.

Mindfulness is defined as awareness that arises through paying attention on purpose in the present moment in a non-judgmental way. With roots in Buddhist philosophy, it is the self-regulation of attention, as well as an openness and acceptance for all emerging inner experiences. The practice of mindfulness can include activities like meditation, but it’s also come to include a variety of things that people can practice as they move through the world.

Empirical evidence has shown correlations between mindfulness and ecological behavior, pointing out the potential of mindfulness to support changes in behavior toward greater sustainability as well as building intrinsic values and empathy towards other living creatures.

Some claim mindfulness has the greatest potential for transcending the self-centered focus in one’s behavior as a result of the conscious perception of one’s own feelings and needs. From there, the perspective is then widened to take into account the feelings and needs of other people and other living beings.

One study set out to test the relationship between mindfulness, meaning construction, and ecological attitudes, with the hope of attaining a final key result – sustainable food consumption. A total of 375 people participated via a standardized online survey, which included questions regarding mindfulness (observing, nonreactivity, acting with awareness, non-judging and describing), the construction of meaning, sustainability-related contents of meaning, personal norms and sustainable food consumption. The researchers concentrated on two different aspects in their measure of sustainability and food: organic, regional, and seasonal food, and vegetarian food.

Overall, when people stated that they notice sensation like smells and aromas, and that they’re good at finding words to describe their feelings, they found more meaning in life in general, as well as more meaning drawn from sustainability specifically.

Nonreactive people were likely to say that when they have distressing thoughts or see distressing images, they become calm soon after, notice and let them go without reacting, and don’t let themselves be carried away by them. These same people were also more likely to say that they feel personally obligated to buy sustainable food products as often as they can. It makes sense intuitively, since the ability to resist feelings evoked by commercials, marketing, and your own appetite does enable you to resist unhealthy or unsustainable temptations.

What’s more relevant and specific is that nonreactivity seems to relate to veg*nism while meaning is the missing link between them. Although the cause and the effect are unclear, when people develop the habit to stop and think rather than simply act upon their impulses, they develop a sense of greater purpose to life. When they experience a greater purpose, they’re more likely to go veg*n. This is why mindfulness practice is such a powerful tool for veg*n education. It helps practitioners pause for a moment before doing something they may morally regret.

What these studies do tell us is that the more connected to their senses people are, and the more capable of taking a moment to reflect on their actions they are, the more likely they are to have a sense of meaning in life and to react to nature rather than to passing whims of appetite and taste. Mindfulness-based interventions are abundant – both in “the real world” (known as MBSR and MBCT) and now, on our cell phones (see examples: 1, 2, 3). Bringing mindfulness interventions into our advocacy could help to provide us with surprising future directions. 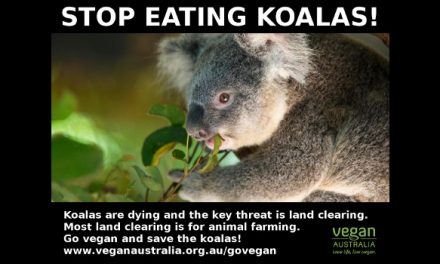 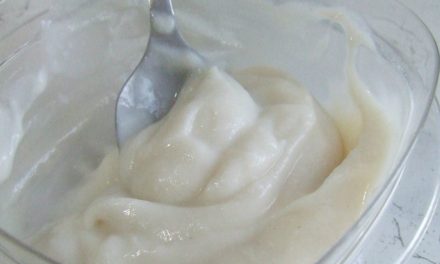 Got Joint Pain? Why Dairy is a Bad Idea