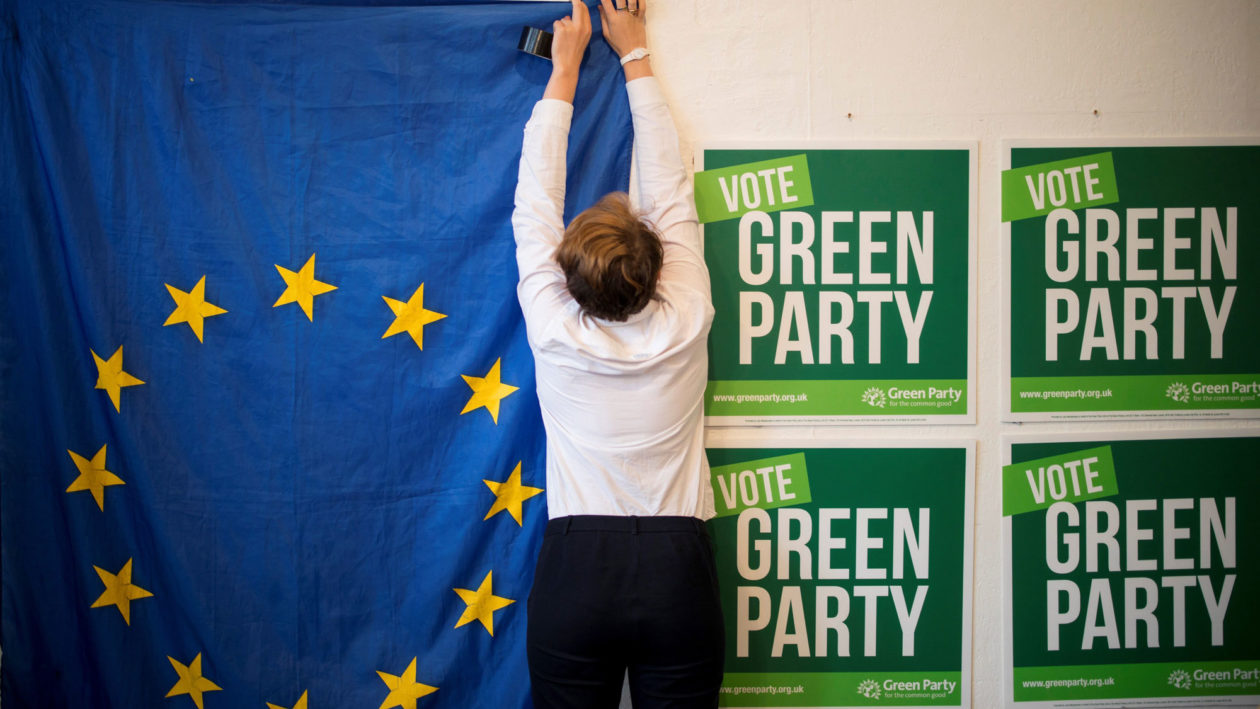 In recent years, Europe’s role as a global environmental leader has been jeopardized by rising nationalism and populism. But spurred by young climate activists, the Green Party fared well in the latest European Union elections and is now well-positioned to advance bold climate initiatives.

Traditionally, the European Union – the federation of 28 nations with 512 million inhabitants – has prided itself on being the global front runner in progressive policies on the environment and climate change. It has championed binding CO2 reduction targets in international negotiations, led the world in adopting renewable energy technologies, imposed strict rules that protect consumers from dangerous chemicals and pollutants, and created an extensive network of protected areas in densely populated Europe.

In recent years, however, a wave of nationalism and populism — which have included exhausting negotiations over Britain’s exit from the EU and a rise of right-wing governments from Hungary, to Italy, to Estonia — has consumed all political energy and brought the EU’s environmental agenda nearly to a stop. The major political parties in the European Union have deemed the environment to be of lower concern to their voters, far behind migration and economic growth.

That retreat may now have been halted. Inspired, or perhaps shamed, by continent-wide youth strikes protesting the lack of action on climate change, European Union voters turned the Green Party into one of the biggest winners in the recent elections to the European Parliament. The Greens increased the number of seats they hold in the 751-seat European Parliament, the EU’s joint legislative body, from 52 to 69. That green bloc is now the fourth-largest in the European Parliament, and with the share of center-right Conservatives and center-left Social Democrats down, analysts say the Greens are in a position to tip the scales in the parliament’s decision-making over the next five years. Experts say they could even play a role as kingmakers for the EU’s top job, the president of the hugely powerful administrative European Commission, with its 32,000 employees.

“Many people now hope that European climate policy will be revitalized, and that we will head toward carbon neutrality in 2050 and a minimum price for CO2emissions,” says Maja Göpel, a political economist and head of the German Advisory Council on Global Change, the government’s leading expert group on environmental affairs.

One in five German voters supported the Green Party in the recent elections, a record.

The European Parliament results in Germany, the EU’s most populous nation, show how public sentiment — and electoral clout — have shifted in favor of the Greens. In recent years, instead of living up to its former role as an environmental pioneer, Germany has blocked EU environmental progress, Göpel argues. But after months of weekly protests by tens of thousands of striking school students in the so-called “Fridays for the Future” movement, one in five German voters supported the Green Party in the May 26 elections, a record level of support. To the amazement of the media and the shock of the ruling parties, the Greens came in second place, ahead of the greatly diminished Social Democrats.

Now, the strong result for German Greens will put pressure on the ruling coalition of Conservatives and Social Democrats to adopt a more environmentally progressive strategy, Göpel and other analysts say. In one poll, 48 percent of German voters cited climate change as their top concern. “Many parents have undoubtedly been more influenced by their own children’s calls for action than by those of politicians, scientists, or civil society,” says Anika Hedberg, senior policy analyst at the European Policy Center, a Brussels-based think-tank.

In an even stronger reflection of a changed public mood, 33 percent of voters between the ages of 18 and 24 supported the Greens. German media call it the “Greta Thunberg effect,” after the charismatic, 16-year-old Swedish climate activist who became the symbolic leader of the Fridays for the Future strikes. Already, the leaders of the governing parties in Germany have promised to listen more carefully to the demands of the Fridays for the Future movement and implement a far more ambitious climate strategy.

“We saw that many politicians across political parties reacted to people’s concerns on climate change in their campaigns,” says Hedberg. “Not just the Greens but also the center-left and liberals called for more ambitious climate action. This ‘green wave’ will surely influence the workings of the European Parliament.” Hedberg expects that the Greens will become important allies for EU policymaking and influence the program of the next European Commission.

Other European analysts, however, caution that it would be naïve to underestimate the forces in Europe that remain aligned against highly ambitious policies to reduce carbon emissions and further strengthen the EU’s environmental regulations. Jouni Nissinen, president of the European Environmental Bureau — a network of 150 environmental organizations with 30 million members across Europe — said the recent elections also plainly demonstrated the continuing power of right-wing populists.

“Even if they did not get the landslide victory that was forecasted, they will do all they can to make forward-looking climate policy harder,” he says. “The axis of industrially minded Conservatives and Social Democrats is still bigger [than the Greens], so we are far from a ‘climate first’ kind of a revolutionary approach in political decision-making, even if that is precisely what we would need at the moment.”

Susanne Dröge, senior fellow at the German Institute for International and Security Affairs, struck a similar note of caution. “European decision-making is strongly influenced by national governments, and there we have seen a lot of successes for right-wing populists,” Dröge says.

Hedberg added, “We do not yet know how the nationalists will play the game – there is a risk the populists will exploit people’s fears as to what climate action could mean, as they have done with migration.”

Some experts say the EU must end large subsidies for agricultural practices that are harmful to the environment and climate.

Analysts also noted that, in the global fight to significantly slash CO2 emissions, right-wing leaders with an aggressive anti-environment agenda are in power in Brazil, Australia, and — above all — the United States, where the Trump administration is waging an aggressive fight against climate science and policies promoting reductions in CO2 emissions.

Whoever wins the powerful position of president of the EU commission will face many environmental challenges. Göpel thinks the most difficult battle will be redirecting the billions of Euros paid to farmers in subsidies, which has led to policies that promote industrial-scale farming at the expense of ecosystems and biodiversity.

“We need to change course in the EU’s Common Agricultural Policy,” says Göpel.

The first big test, says Hedberg, will be negotiations about the EU budget in the 2020s. “If the EU wants to put its money where its mouth is,” she says, “this would require, first, stopping subsidies for practices that are harmful to the environment and climate, and to the economy at large.” The EU’s Common Agricultural Policy, says Hedberg, “is largely used to support unsustainable practices such as livestock farming, so the European Parliament can and should put pressure on the member states to bring about a change.”

To make that change happen is now the promise of the European Greens. Sven Giegold, the top politician for the German Green bloc in the EU parliament, wants to use the party’s newfound clout to make fundamental changes. “We will not accept steps that are only symbolic,” he says, adding that he wants every new EU law to be assessed for its effect on CO2 emissions and every Euro spent on agricultural subsidies to serve biodiversity and animal well-being.

One thing is clear, however. The Greens will face significant hurdles in bringing about the urgent changes in climate and environmental policy asked for by scientific bodies and agreed upon in international treaties like the Paris Climate Agreement and the Convention on Biological Diversity. The big question for EU politics now is whether the continent’s other parties – first and foremost the Conservatives and Social Democrats – have been sufficiently sobered by the recent EU elections to embrace more progressive environmental policies.

It will be hard to ignore the public’s decided shift toward the Greens. In Germany, the first national poll after the EU election showed the Greens ahead of the governing Conservative party of Angela Merkel — a first in the country’s post-war history. Some in the media have even started to speculate that the next German chancellor might come from the ranks of the eco party. Until recently, such speculation would have seemed completely unfounded. Now, it’s become part of the political debate.