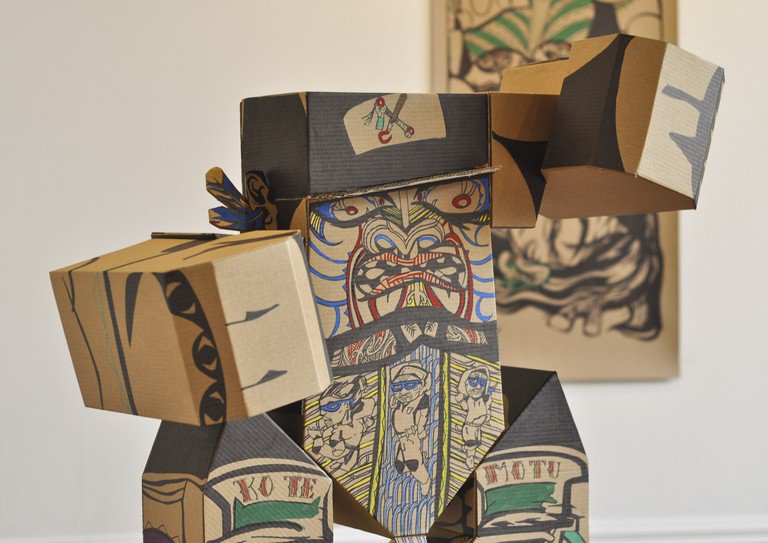 A new article explores Mahi a Atua, an affirming, indigenous Māori healing practice which stands in contrast to the Western psychiatric methods typically promoted by the Movement for Global Mental Health.

An article published in Transcultural Psychiatry introduces readers to Mahi a Atua, a Māori approach to addressing emotional distress and mental health difficulties. Mahi a Atua uses traditional Māori customs to facilitate clients’ healing in the context of the family (whānau) and community (iwi). The practice was developed by Māori psychiatrist Diana Maree Kopua and Māori art and culture expert (Tohunga) Mark A Kopua, who are co-authors of the article with critical psychiatrist Pat Bracken. The authors suggest that Mahi a Atua provides a much-needed alternative to the Western pharmaco- and psycho-therapeutic interventions championed by the Movement for Global Mental Health (MGMH), which has been criticized for extending neo-colonial practices.

“Indigenous approaches to mental health offer not just an adjunct to, but a real alternative to, the interventions of Western psychiatry,” the authors write.

The Movement for Global Mental Health (MGMH) is a decade-old initiative aimed at addressing mental health problems around the world, primarily through the dissemination of Western, “evidence-based” psychiatric and psychological treatments such as pharmacotherapy and cognitive behavioral therapy (CBT). As Kopua, Kopua, and Bracken explain, a burgeoning “counter-discourse” to this movement warns of the potential harms of such wholesale expansion of Western psychiatry.

Critics have expressed concern that Western psychiatric approaches are often culturally incongruent and inattentive to sociopolitical causes of illness and distress such as historical trauma in the countries to which they are exported and that they do damage to local “healing systems.” This threat of lost traditional healing knowledge is reminiscent of the destruction of indigenous healing infrastructure that occurred in the wake of colonial legislation outlawing traditional Māori medicine in New Zealand in the early 1900s.

“The highly individualized idiom of psychiatry fails to capture the ways in which whole communities are struggling and can serve to obscure the social, cultural, and economic dynamics that lead to such suffering,” the authors write.

Given these factors and broader concerns about the impact of MGMH on indigenous communities, the authors argue that there is a crucial need for the development and implementation of Māori indigenous approaches to mental health. The authors add:

“There is a need to develop ways of discussing states of madness, dislocation, and distress in indigenous societies without automatically invoking the idiom, language, and assumptions of Western psychiatry.”

Māori practitioners have responded to this call by exploring and creating indigenous models for understanding and repairing mental health. These include Māori psychiatrist Mason Durie’s Māori mental health plan, which prioritizes economic empowerment and the “promotion of a strong and positive identity for Māori people,” and Melissa Taitimu’s study of Māori conceptualizations of “schizophrenia” and “psychosis.” Mahi a Atua continues this lineage. The authors explain that Mahi a Atua is “not a therapy or a new set of techniques,” but instead is a:

“Process whereby Māori creation stories, or pūrākau, are explored and used to provide a set of words, ideas, images, and narratives that can help provide a matrix through which communal family, and individual challenges can be met without recourse to a ‘psychologized’ and ‘psychiatrized’ vocabulary.”

Key to this process is the Māori concept of wānanga, which although not easily translated into English, may be described as “a process involving meeting, discussing learning, and the passing on of wisdom.”

The authors detail a case history in which Mahi a Atua was used to support a young woman who was engaging in challenging behaviors, such as bullying, at school. The Mahi a Atua practitioner shared Māori creation stories (pūrākau) with the client and her family (whānau), inviting them to reflect on which character they most connected with and explore the meaning of these identifications. Through this process, the client was able to make sense of her experience in a non-pathologizing way, by seeing the links between her frustration about communication with her mother and a Māori god known for his anger in the face of injustice. She was also able to begin to find ways to change her behavior, develop a positive sense of Māori identity, and share what she had learned with friends and other school community members.

The authors explain that Mahi a Atua is representative of a broader Māori “renaissance” in research, psychology, and community advancement, which is itself a part of a global indigenous movement to “reassert positive identity in the wake of colonial oppression and genocide.”

“The technological assumptions of Western psychiatry make it singularly ill-suited to help with the psychological and social problems that emerge in indigenous societies in the post-colonial period.” The authors conclude. “In the wider debate about ‘global mental health,’ we argue for a ‘scaling down’ of Western psychiatry and a ‘scaling up’ of indigenous approaches like [Mahi a Atua].”

The Fountain of Youth is Made of Fruits and Veggies, Not $100 Moisturizers