Reducing Meat Consumption For The Environment: A Case Study From Norway

Photo by Etienne Pauthenet on Unsplash

Most policies to address climate change include consumers as part of the solution. As most of the world lives under market economies, they can only be encouraged to make environmentally-friendly choices, not forced. However, consumers aren’t always aware of the best steps to take, nor are they always willing to take them. This study explores the results of three experiments conducted in Norway relating to meat consumption and environmental consciousness.

The first of the three was a simple survey, in which respondents answered questions about their own meat consumption, their attitudes towards environmental policies and climate change, and what they believed to be the most effective personal choices they could make to benefit the environment. The respondents were generally representative of the Norwegian populace as a whole, although it did skew slightly older and less educated than the average.

In this first phase, the researchers found that people were generally skeptical of reducing meat consumption as an effective environmental choice; buying local and reducing food waste were the actions most commonly believed to be beneficial. The researchers note that reducing meat consumption is the most effective food-related choice you can make to benefit the environment, but despite this, around half of participants did believe that having one meat-free day per week would be a good idea. Furthermore, almost 40% strongly disagreed with the idea of raising meat prices to discourage consumption. People who rated themselves as having difficulty reducing meat consumption were less likely to view it as an effective action, as were people who were more individualistic and who did not view climate change as a serious threat.

The second experiment involved focus groups, divided by age, sex, and marital status: single women and single men, 25-35, and married women and married men, 36-45. Each focus group went through three stages: one about their own diets, one involving small group work about meat-free meals and climate-focused advertising, and one about their willingness to reduce or eliminate meat from their diets.

In this second phase, the researchers found that male participants viewed meat-reducing much less favorably than women did, and were less likely to believe that consumers needed to play a role in combating climate change. In general, participants said they were tired of organizations telling them what is/isn’t environmentally-friendly or healthy. In other words, paternalism does not seem to play well, which is unsurprising. Participants viewed measures like price reductions and providing recipe booklets in stores more warmly, as they make it easier to reduce meat consumption without burdening or lecturing the consumer.

The final phase involved four stands in large Norwegian grocery stores. Two of the stands emphasized the environmentally-friendly aspect of vegetables, while the other two emphasized vegetables’ health benefits. Each stand was stocked with copies of the same recipe booklet. The store would then track sales of vegetables over the one-month period that the stands were up, and researchers would track how many booklets were taken. The four stores’ sales would then be compared their sales in the same period the previous year, as well as the general trend in Norway.

The stands were found to be equally effective; a roughly equal number of booklets were taken from the health and environmental stands. All four stores sold approximately 10% more vegetables in the trial period than in the same month the previous year, far outpacing the 1% growth in sales that were seen in all stores. The researchers believe that the increased advertising was responsible, regardless of the actual content of that advertising.

In general, Norwegian consumers did not understand the effectiveness of reducing meat consumption and were unwilling to do so. In addition, simply spreading information doesn’t guarantee a change in behavior. Most consumers don’t like being lectured to, and many see combating climate change as something beyond the capability of individuals. Furthermore, advertising based on environmental factors doesn’t seem to be more effective than advertising based on health, though advertising itself does seem to have the power to move the needle.

A shift in values – and being willing to make the choices necessary to do so – is necessary for consumers to view themselves as capable of effecting change. Animal advocates should emphasize the impact of grassroots movements in order to convince people that their actions can have an effect. Furthermore, we should diversify our advertisements and campaigns to focus on health, the environment, and animal rights, in order to capture as wide a consumer base as possible.

Owen Rogers is from northern Illinois, raised in the suburbs of Chicago. He became interested in animal ethics at a very young age, when he had several companion animals ranging from a dog to a corn snake. In college, he majored in philosophy with a focus on ethics, and became a vegetarian. In addition to working with Faunalytics, he has also volunteered at animal shelters and participated in environmental cleanups. 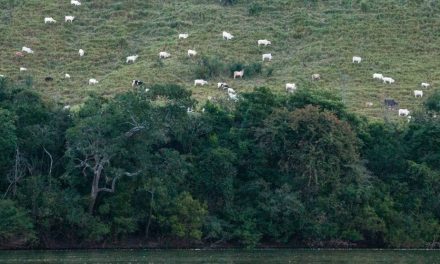