Written by Tim Watkins / The Consciousness of Sheep

Remind me again why you go to work in the morning?  Is it because you are so committed to the mission of your corporate employer that you would willingly work for nothing if they asked you to?  Does your job provide you with so high a degree of life-meaning and personal satisfaction that you would gladly do it in exchange for the minimum income required to feed and clothe yourself?

No, I thought not.

For almost all of us, work is a means of obtaining money; and money is merely the means by which we are able to consume the goods and services we desire.

Now let me ask you a multiple choice question: why do you think that the oceans are currently so full of plastic that it has polluted the entire marine food chain?  Is it (a) because evil petrochemical companies simply dump plastic into the sea; or is it (b) because it is the inevitable product of mass consumption by 7.5 billion humans (especially those of us in developed states)?

Plastic pollution, along with all of the other fallouts from the globalised industrial economy, is the end consequence of our collective consumption of the goods and services that we desire.

The various versions of green new dealism that have hit the headlines recently have no alternative but to avoid both of these questions.  Instead, they reduce a human impact crisis – aka “the Anthropocene” or “the overshoot” crisis – to the single dimension of greenhouse gas emissions.  They then reduce the greenhouse gas emission crisis to a carbon dioxide crisis; which is further reduced to only the carbon dioxide emitted in the course of electricity generation.

The proposed solution – the mass deployment of non-renewable renewable energy-harvesting technologies like wind turbines and solar panels (and, tacitly, the grid infrastructure to support them) – has the primary aim of pulling the global economy out of the post-2008 doldrums by creating millions of new jobs.  Exactly how many new jobs has yet to be determined, although at least some proponents argue for a mobilisation on a par with the Second World War or landing humans on the Moon.  As Brian Murray at Forbes notes:

“Commentators have frequently compared the GND’s potential deployment to two examples from twentieth-century U.S. history that involved dramatic, rapid shifts: 1) the decision to send astronauts to the moon and 2) World War II.

“The speed of progress toward the moonshot was staggering—and the effort was highly targeted, focusing on the specific technologies necessary to transport a single vehicle to and from the lunar landscape 240,000 miles away while keeping the occupants alive. At the height of the moon effort in 1966, relevant spending amounted to 0.7% of GDP.  In today’s dollars, that would be $150 billion.

“By contrast, World War II consumed 35.8% of GDP at its peak (1945), an amount equal to $7.4 trillion today. The massive undertaking involved virtually every aspect of the economy. Over 17 percent of the work force was deployed in the armed forces and nearly five million women entered the work force (a 40 percent increase), many in place of men deployed overseas, to bolster domestic production to support war efforts.”

Murray argues that any attempt to implement the green new deal is likely to be closer to the Moon shot than the war.  Nevertheless, we are still talking about billions of dollars and millions of new construction jobs.  For Murray, the key economic problem here is that wind turbines and solar panels require very little labour to operate and maintain.  As a result, any jobs created would necessarily be temporary.  This, however is a secondary concern and is easily counter-critiqued by the proponents of green new dealism – the additional demand created in the wider economy by the new deal workers spending their wages will create a wider economic boom that will generate new jobs to employ these workers as the construction phase comes to an end.

Let us now revisit those awkward questions I posed at the beginning of this post.  What proportion of several millions of green new deal workers will be offering their labour for free?  What proportion will work in exchange for meals, clothing and a bed for the night?  Most will expect to be paid at least the minimum wage.  And if the promises of the green new dealers are to be realised, a large proportion of the jobs created will need to be high-skilled and high-paid.

Most workers do not simply save their wages every month.  Indeed, one of economist John Maynard Keynes’ observations which informed the original new dealism in the 1930s was that ordinary workers had a far greater propensity to spend than wealthier people.  That is, if someone who is currently only able to eat because of food stamps or a package from a foodbank is given a job at the current average wage – $56,500 (US) £28,600 (UK) – they are likely to spend almost all of it; whereas if the same average wage were given to the CEO of an international bank, they would be far more likely to save it.  So, from a demand point of view, creating lots of relatively well-paid jobs for people who are currently unemployed, underemployed or eking out a living on the minimum wage makes absolute economic sense.

Environmentally, not so much.  The technologies that the new jobs are created to deploy are intended to be greener than the technologies they replace – although they still necessarily involve fossil fuels in their manufacture, transportation, deployment and maintenance.  Nor – at least for now – are these technologies recyclable; indeed, solar panels contain toxic chemicals that prevent either recycling or landfill disposal.  And, of course, in the absence of seasonal grid-scale storage technologies nuclear baseload and gas stand-by capacity will continue to be needed to smooth out intermittency.  These, though, are again secondary problems.

The main issue that any green new deal has to overcome if it is to have any credibility is how we go about preventing millions of new workers from actually spending their additional income.  For all of its many flaws, one of the environmental benefits of quantitative easing since 2008 is that very little of the newly printed currency has seeped out into the real economy.  Most has been used for corporate share buy-backs or investment in various derivatives that do little to increase demand for goods and services across the real economy.  Indeed, this is one of the central criticisms of the current policies levelled by green new dealers.  Any green new deal, in contrast would be increasing global consumption of goods and services by billions – if not trillions – of dollars worldwide.  But mass consumption is precisely the cause of our environmental crisis in the first place.  Millions of new wage labourers are no less likely to purchase such things as single-use plastic containers, corn-fed beef, petrol cars and international travel than any of the current workforce.  The result is that as fast as the electricity generating industry is curbing carbon dioxide emissions, the manufacturing, transportation and industrialised agriculture sectors will be ramping up their emissions – and using up the planet’s remaining resources – to satisfy the new demand.

Far from being a means of sustaining a global economy built upon fossil fuels, a green new deal that creates new jobs and stimulates economic growth amounts to little more than a final blow-out binge before our once-and-done global economy comes crashing down around our ears.  The only means – assuming any is possible at this late stage – of mitigating the environmental catastrophe that is gathering pace around us is to engage in a managed process of de-growth (which may include some deployment of non-renewable renewable energy-harvesting technologies) to create far smaller, localised and less consumptive economies than we have had for many decades.  By necessity, the process would also require a shrinking of the human population to a level in accordance both with what is sustainable and with the standard of living we consider acceptable – i.e., the more consumptive our lifestyles, the lower our life expectancy/birth rate will have to be.

This is not, of course, anything that is going to win votes at an election.  But any detailed examination of the environmental impact of millions of new workers spending their new wages on even more of the same patterns of consumption that have already brought our planet to the edge of extinction should – in any sane world – be no less acceptable.  It is a tribute to our propensity for denial that so many people regard green new dealism as an environmental good rather than the catastrophe it is likely to become. 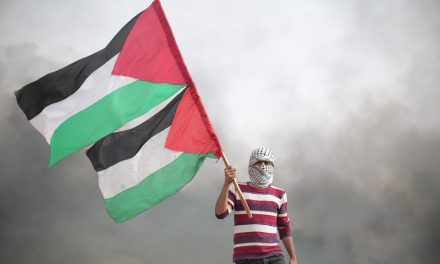