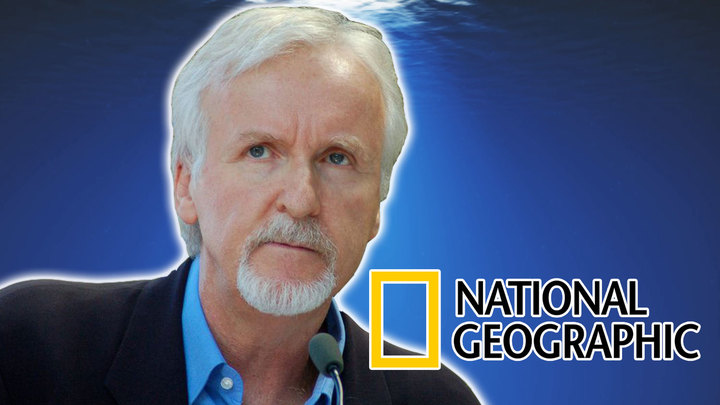 Produced by James Cameron and National Geographic, “Mission OceanX” is a new documentary series about the deepest depths of our oceans.

James Cameron is teaming up with National Geographic to make a groundbreaking ocean documentary series, which may convince you to ditch plastic and seafood.

Named “Mission OceanX,” the six-episode series will follow a hand-picked team of scientists, cinematographers, and filmmakers on board the maiden voyage of the Alucia2 as it sails across the Indian ocean.

A press release notes, “by showcasing cutting-edge science, the thrill of exploration and extraordinary wildlife filmmaking, Mission OceanX will push the boundaries of knowledge at the final frontier on Earth — its oceans.”

The show is co-produced by OceanX and the BBC Studio’s Natural History Unit — the makers of “Blue Planet ll.” The David Attenborough-narrated docu-series is widely acknowledged as bringing the issue of plastic pollution to the forefront of public consciousness.

A passionate environmentalist and vegan, Cameron hopes that “Mission OceanX” will have the same impact on audiences.

In an exclusive interview with Variety, he said, “not only is the ocean enormous and mysterious, it’s also finite and we’re having an increasingly damaging effect on it.”

It’s estimated that by 2050, there may be more plastic in the sea than fish. Nearly half of that plastic pollution comes from the fishing industry, according to a study from last year.

Cameron continued, “the way a show like this can work is it [will] make you love and respect the ocean that we have.”

Just like the 1968 series “The Undersea World of Jacques Cousteau” — which “immersed global audiences in the awe and wonder” of the sea — “Mission OceanX” intends to inspire viewers with never seen before footage of the “farthest frontiers of the world’s oceans,” notes the press release. It adds that 95 percent of the ocean is still unexplored.

“Cousteau did it first,” said Cameron. “It’s not a new model. It’s just a model that has been forgotten, but we knew his crew and what drove them and we were interested in them as much as what they were seeing and finding.”

Cameron hopes to inspire a new generation of explorers, filmmakers, and scientists, just like Cousteau did for him. “I want to pass that on,” he said.