Warnings from the Far North 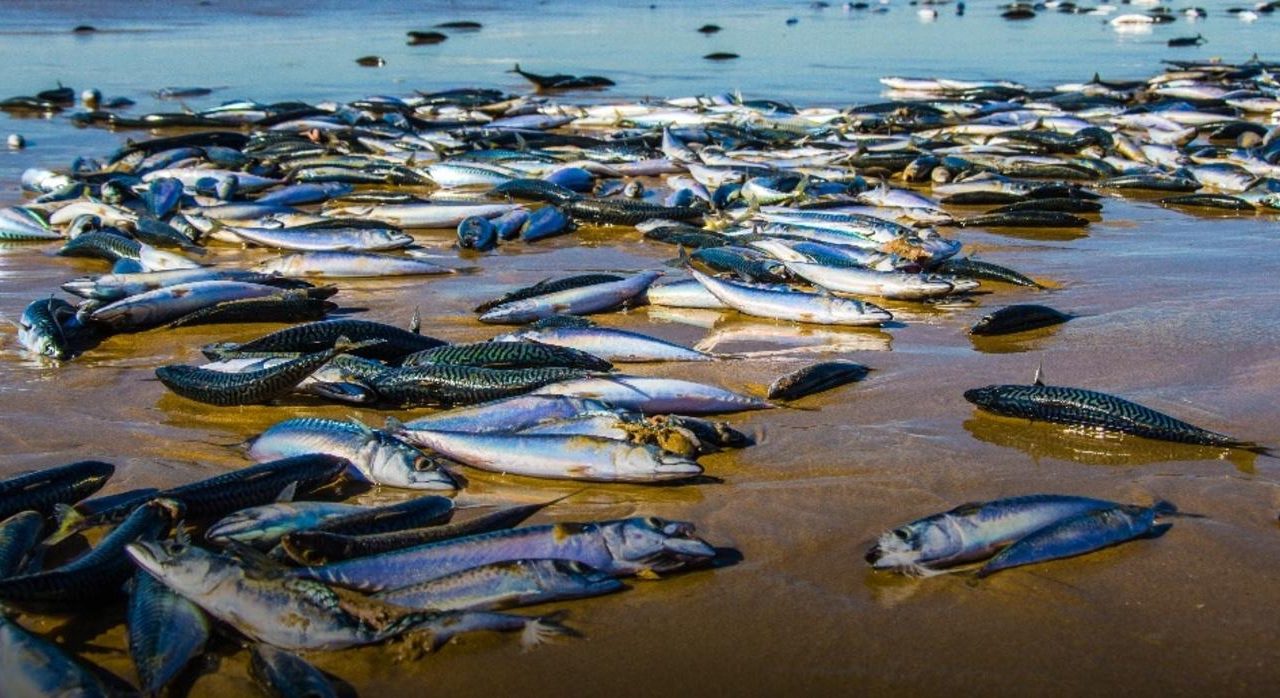 “Forces profound and alarming are reshaping the upper reaches of the North Pacific and Arctic oceans, breaking the food chain that supports billions of creatures and one of the world’s most important fisheries.”(Source: Susanne Rust, Unprecedented Die-offs, Melting Ice: Climate Change is Wreaking Havoc in the Arctic and Beyond, Los Angeles Times, December 17, 2021)

“Breaking the food chain that supports billions of creatures” is horrific to contemplate. It sends a powerful signal of trouble dead ahead. In that regard, scientists agree that what happens up North signals what’s in store to the South, and what’s happening up North is a gut-wrenching reality of life on a knife’s edge of catastrophe.

It’s never been more urgent and timely for the world to change its ways and abandon the current economic maelstrom that haunts all life on the planet. The pros and cons of capitalism’s experiment with neoliberal tendencies that enrich the few and bury the many should be debated in the context of strained resources throughout the biosphere, including all life forms. The GDP-to-infinity paradigm is barreling towards a wall of impending extinction. It’s already on a fast track.

In the aforementioned LA Times, aka The Times, article: “Kuletz, the U.S. Fish and Wildlife biologist who has been observing birds in Alaska since the late 1970s, said she’s never before seen the large-scale changes of recent years. In 2013, the dead birds did not show signs of being emaciated, but in 2017, hundreds to thousands more began to wash up dead on beaches with clear signs of starvation.” Ibid.

A team from The Times traveled to Alaska and spoke with dozens of scientists conducting field research in the Bering Sea and the High Arctic from whence they describe the harsh reality of a vastly/rapidly changing climate system that threatens basic food resources for marine life, as well as for humanity.

The fingerprints of anthropogenic global warming are all over the discernable shifts of sea life and/or loss of species captured in a whirlwind of unpredictability. According to boots-on-the-ground scientists in the far north, these radical shifts in the ecosystem have… “ramifications that stretch far beyond the Arctic. Moreover, the Bering Sea is one of the planet’s major fishing grounds.”

Janet Duffy-Anderson, a marine scientist who leads surveys of the Bering Sea for the National Oceanic and Atmospheric Administration’s Alaska Fisheries Science Center said: “Globally, cold-water ecosystems support the world’s fisheries. Halibut, all of the cod, all of the benthic crabs, lobsters, this is the majority of the food source for the world.”

She emphasized the fact that the ripple effect of what’s happening in the far north could shut down fisheries as well as leave migrating animals starving for food, which, in fact, is already omnipresent. And, of concern: “Alaska is a bellwether for what other systems can expect.”

The top of the marine food chain is in deep trouble. Since 2019 hundreds of gray whales have died along North America’s Pacific coastline. Many of the whales appeared skinny or underfed.

Addressing the whale issue, another scientific study from a year ago stated: “It is now the third year that gray whales have been found in very poor condition or dead in large numbers along the west coast of Mexico, USA and Canada, and scientists have raised their concerns. An international study suggests that starvation is contributing to these mortalities.” (Source: Mary Lou Jones and Steven Swartz -Aarhus University- A Large Number of Gray Whales are Starving and Dying in the Eastern North Pacific, ScienceDaily, January 22, 2021)

When the top of the marine food chain (whales) starve, it’s only too obvious that the lower levels are failing. This one fact is cause for serious concern and thus demands action by the leaders of the world to commit to a series of international studies of marine life and ocean conditions with recommendations on how to solve the anthropogenic cause of excessive greenhouse gas emissions.

Yet, it appears that as some species in the far north struggle, some do adapt and even thrive. Thus, there may be some tradeoffs on a slightly positive note, but still, it’s the emaciated animals en mass that cannot be overlooked. The fact of the matter, stated in The Times: “Data from a Bering Sea mooring shows the average temperature throughout the water column has risen markedly in the last several years: in 2018, water temperatures were 9 degrees above the historical average.”

It should be noted that if overall global temperatures averaged 9 degrees above average, it would be “lights out” for terrestrial life.

Warmer waters appear to be at the heart of the problem, e.g., as the planet warms both humans and wildlife become more vulnerable to infectious diseases that were previously confined to certain specific locations and environments. Additionally, toxic algae that kills marine life thrives in warmer waters. Plus, marine animals do not naturally mature and reproduce as waters warm far above historical averages. Furthermore, ocean acidification, caused by excessive CO2, is already threatening sea life by reducing carbonate, a key building block in seawater.

Only recently, a death march of extreme heat hit the Pacific. A study in Canada showed the enormous impact of heat, as an estimated one billion sea creatures off the coast of Vancouver died because of excessive ocean heat. According to professor Christopher Harley, University of British Columbia: “I’ve been working in the Pacific Northwest for most of the past 25 years, and I have not seen anything like this here. This is far more extensive than anything I’ve ever seen.” (Source: Heat Wave Killed An Estimated 1 Billion Sea Creatures, And Scientists Fear Even Worse, NPR Environment, July 9, 2021)

The oceans are suffering a triple whammy, and as a result scientists believe it is distinctly possible that life in the wondrous blue seas could be gone by mid-century, unless humanity changes course. Overfishing, pollution, and climate change are battering the oceans. It’s all human-caused. The question then becomes, if humans have caused the onslaught, can they reverse it, or at least stop?

In all, it’s becoming only too apparent that to maintain life on the planet, the world economy needs to stabilize by massive reduction of greenhouse gases accompanied by flat-line economic activity, forget the death wish of GDP up and up “whatever percent every quarter,” which runs roughshod over the planet’s ecosystems. Worshipping GDP growth is akin to idolatry, and its moral corollary is greed. Maybe try worldwide socialism and see how that works for the planet’s life-sourcing ecosystems.

Not only that, but plain and simple, we’re running out of nature’s resourcefulness. “Today’s seas contain only 10% of the marlin, tuna, sharks and other large predators that were found in the 1950s… Overfishing puts the whole ocean ecosystem out of balance.” (Source: Katie Pavid, Will the Ocean Really Be Dead In 50 Years? Natural History Museum, London)

Of additional interest, the documentary Seaspiracy/Netflix by Disrupt Studios, March 2021 is an eye-opener on the goings-on of marine life, what’s left of it, in the oceans.

Museum scientists have studied past periods of climate change: “Research leader Prof Richard Twitchett says, ‘We have a really good idea of what oceans look like when the climate warms. It has happened to Earth many times before, and here in the Museum we have collections of fossil animals and plants that date back millions of years, so we can see how they responded. The rocks and fossils show us that as temperature increased in the past, oxygen levels fell and huge areas of the seafloor became uninhabitable,” Ibid.