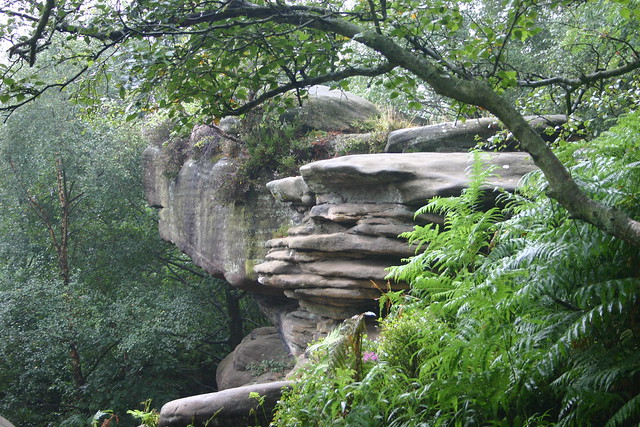 [Editor’s Note: CNCL does not promote any particular spiritual tradition; rather, we encourage open dialogue and mutual tolerance among all of the world’s wisdom traditions.]

Jesus Christ spent his life teaching and modeling for humanity how to live and interact not only with each other but also with other living beings and the world around us. But the true essence of his teachings was lost when his group, the Ebionites, was disbanded after the fall of the Jewish Temple in 70 AD, and the final nail was put in the coffin when Christianity was blended with the Roman Empire in the 4th Century AD. I believe that another Christian reformation is coming, one that will show the world how to live authentically with compassion, love, creativity, and with a light impact on our beautiful planet.

A number of reformations have occurred within Christianity since the time of Jesus, as different groups attempted to reframe the teachings of Jesus in various ways. The most well-known reformation within Christianity (known as the “Protestant Reformation” or as simply “the Reformation”) was a fracturing of Western Christendom initiated by the German monk, Martin Luther, in 1517. It was then continued by further Protestant revolutionaries such as John Calvin in 16th Century Europe.  There were earlier attempts at shifting mindsets within the Catholic Church by people such as Peter Waldo and John Wycliffe, but Luther is widely acknowledged to have sparked the Reformation with his Ninety-five Theses.

Luther started by blasting the sale of “indulgences”— this was the teaching by the Roman Catholic Church that you could purchase indulgences from the Church to reduce the amount of punishment for your sins you would have to suffer after your death. Luther stated that the Pope’s view on this and other subjects had no scriptural foundation in the Bible, leading to the Reformation movement that influenced the Church of England under Henry Viii, Edward VI and Elizabeth. The Catholic Church, not wanting to give up power so easily, responded with a Counter-Reformation started by the Council of Trent in 1545 and the Jesuits (a new order formed in 1540).

These conflicts culminated during 1618-1648 when Central Europe became enveloped in a horrendous war that claimed eight million lives over these 30 years (which became known as The Thirty Year War). The end of this war resulted in the bloody division of Western Christianity into different denominations or tribes—e.g., Catholic, Lutheran, Reformed, Anglican, Anabaptist, Unitarian, etc. Yes, more tribalism gone wrong—going against the basic teachings that we are all one under God (or the Force, the Universe, Lord, Yahweh, or Krishna—whatever name you want to give the Spiritual head of everything) living on this magnificent planet we call Earth.

The fact that the splitting up of a church purported to represent God’s ideals created so much hate and senseless killing is testament to how man often uses “religion” for his own agenda to gain control over the masses. Jesus would have been mortified at the atrocities committed upon other human beings in his name. This was not what Jesus taught or what he stood for.

The word Reformation in Latin can mean to make better, stop abuses or malpractices, or introduce better procedures. I have heard other theologian scholars suggest that it’s a calling back to God’s set ways.

“Stand at the crossroads and look; ask for the ancient paths, ask where the good way is, and walk in it, and you will feel rest for your souls….” —Jeremiah 6:16

Jesus taught us that we all can have a personal relationship with God, and that we don’t need to go through a (supposedly) higher priest. Martin Luther’s protest Thesis was merely correcting the way the Roman Church was taking Jesus’s teachings, and attempting to set the path right again.

Christianity really started to lose its essence when it got into bed with the Roman Empire in the 4th Century AD. This is where Christian tradition became married to power. There were many “inconvenient truths” within the Jesus wisdom stream that didn’t sit well with the Empire. Jesus challenged the injustice and falseness of the Empire while he was alive at great cost. In order for Christianity to fit with empire, the inconvenient stuff had to be pushed aside. It was within the 4th Century that it was decided which books came within the Canon of Holy scripture – how would it go down today if we were told what we could read and what we couldn’t by a council of men appointed by the government?

I believe that after Jesus’s death, the community that lived the way Jesus would have wanted the majority of us to live was the Ebionites. This motley crew was led by Jesus’s brother, James the Just, and had Peter (Jesus’s rock), other disciples, and possibly siblings of Jesus in its numbers. Modern Christianity was shaped more by Paul’s teachings and writings (a man who had never met Jesus, let alone given up all his worldly belongings to hang out with him for 3 years as these others have done). The Ebionites saw Jesus as the true prophet who was to restore the forgotten laws that Moses received on Mt. Sinai. It was a transformation in lifestyle, not a new theology, that set them apart from other Jews.

Here are some other beliefs of the Ebionites that are in contrast with contemporary Christianity’s worldview, and with modern society’s worldview in general:

Living with awareness but without the integrity of one’s actions is much like seeing the Sun and the light but experiencing no warmth. Many Christians state that they follow Jesus and have an awareness of his teachings but do not live in a way that is congruent with his basic actions (simple community living, pacifism, and eating more plants and less animals). But if we don’t expand our capacity for compassion, then our warmth will fade, and the true magnificence of the message is lost. As a fellow devotee of Jesus, I encourage all followers of Jesus to move towards his living example, and not a watered-down Christianity that has had to fit with the agenda of man since it was reconfigured following the most powerful empire on Earth deciding to use it as a means to dominate others.

I believe that the Christian reformation is not complete. Over the last few years, the rise of the plant-based lifestyle is gaining traction and making a lot of sense on many levels, as uncomfortable as that may be for many of us. Raising animals to eat on a large scale is simply ludicrous. The land and resources required to produce animal protein to eat is unsustainable.

We don’t live on a healthy planet anymore— it’s become a gigantic farm, one occasionally broken up by cities, forests and the oceans. Some 40% of the world’s land surface is used for the purposes of keeping all 7.5 billion of us fed (some more than others). And the vast majority of that land — about 30% of the world’s total ice-free surface — is used not to raise grains, fruits and vegetables that are directly fed to human beings, but to support the chickens, sheep, pigs and cattle that we eventually eat. Every year, we raise and kill 90 billion land animals and 160 billion farmed fish, and we take as many as 2.7 trillion sea creatures from the world’s oceans. Over one acre of rainforest is cleared every second to make way for crops that are predominantly used (up to 90% from some reports) for animal feed and cattle. Experts suggest that over 100 plant, animal, and insect species are lost daily due to this blatant destruction of the Earth’s lungs.  If an alien came to visit Earth and viewed our food system, he would think we have all lost our minds. The amount of water required, and the environmentally destructive by-products that are produced to raise animals for us to eat is mind boggling, while the actual yield that is produced is pathetic. This article doesn’t have the space to print the data, but please check out this webpage to get more informed.

“Do not be conformed to this world but be transformed by the renewal of your mind. Then you will be able to test and approve what God’s will is – his good, pleasing, and perfect will.” –Romans 12:2

I see this passage as emphasizing that we can’t just conform to what the world expects of us – especially on how to produce food, and what to eat. Once we look deep inside us through quiet contemplation (meditation helps with this), then we will naturally find ourselves compelled to change our mindset and move towards God’s will (or towards a superego with a more expansive view on what is right), and our actions will naturally follow.

I have been brought up in a loving Christian home, and I ate meat 5-7 times a week up until I was 38 years of age. It wasn’t until my uncle was diagnosed with bowel cancer, and our family started having meat free months in support of him, that my mind opened to the possibility that there is a better way. A way of life that fits with human beings’ original blueprint for life, better for individual health, better for community wellbeing, and less intrusive on the true nature of the Earth.

Let’s get back to basics, back to the ancient ways of producing food meshed with modern ways to produce “meat” so people conditioned to eat meat can transition more easily. If the tribal term vegan creates barriers to expanding your mind, then just start by eating more vegetables, fruit, nuts, seeds, and complex grains. Don’t get caught up with the branding, just move towards a more compassionate way of living that Jesus demonstrated so effectively throughout his life. Jesus’s way of life is the way forward – “I desire mercy, not sacrifice” (Matthew 9:13). The days of raising and slaughtering animals on a large scale to feed the human race are over. The collateral damage is too great. This monumental crime against wisdom must stop.

As Trudeau Cracks Down, the Left Drives Protesters Into the Arms of the Right Once Again