Sometime in the near future it is highly probable that the Arctic will no longer have sea ice, meaning zero ice for the first time in eons, aka: the Blue Ocean Event.

Surely, the world is not prepared for the consequences of such an historic event, which likely turns the world topsy-turvy, negatively impacting agriculture with gonzo weather patterns, thus forcing people to either starve or fight. But, the problem may be even bigger than shortages of food, as shall be discussed.

Still and all, it’s somewhat consoling to know that the Blue Ocean Event is quite controversial within the scientific community. There are climate scientists that believe Arctic ice will be there beyond this century. One can only hope they are right because an ice-free Arctic will indubitably create havoc for life on the planet.

Here’s why: Dr. Peter Wadhams (professor emeritus, University of Cambridge) who’s the leading authority on Arctic sea ice (A Farewell to Ice, Oxford University Press) was recently interviewed re the current status of Arctic sea ice, as of 2019, and recorded on TUC radio (live broadcasts on KALW/San Francisco and independent internet radio)

Here are snippets from that interview: Over the past 40 years the loss of Arctic sea ice has rapidly progressed, e.g., from 1976-87 Arctic sea ice thickness decreased by 15%… during the 1990s, thickness decreased by 43% … and today 75% of the sea ice is gone… resulting in an impairment of sea ice albedo, which reflects solar radiation back into outer space by 80-90% with sea ice, but conversely, without sea ice, it absorbs 80-90% of solar radiation into the dark background of iceless water where crucial untold dangers lurk.

Accordingly, the Arctic has experienced “the biggest transition of albedo on the planet.” (Wadhams) The consequences are unimaginably challenging, kinda like trying to calculate, beforehand, what happens when fallen into an ontological rabbit hole, or in other words, expect the unexpected!

Not only that but, the Arctic is already a hothouse in the hemisphere. For example, permafrost samples in the Yukon near Dempster Highway registered temps, as of April 2019, nearly 2°C higher than at any point in time over the past 10,000 years. (Source: CBC News, Arctic is Warmest It’s Been in 10,000 Years, Study Suggests,” April 12, 2019)

As far as that goes, the Intergovernmental Panel on Climate Change (“IPCC”) suggests an upper limit, or guardrail, of 2°C post-industrial temperature. If exceeded, primary ecosystems that support life are at risk of breaking down.

In fact, aside from the Arctic, pivotal ecosystems are already starting to break down around the world, especially in the rainforests of Puerto Rico and Mexico (experiencing high temperature variations of 2C) where, shockingly, arthropods are disappearing, nearly en masse; as well as documentation of over 100 separate locations of Flying Insect Armageddon in Europe (likely caused by toxic chemicals) registering mass losses of 75% over a few decades, which characterizes an extinction event!

As for the Arctic sea ice scenario, one critical question is not discussed in public: What happens next?

What happens when all of the sea ice is gone?

According to the tenacious climate scientist Paul Beckwith, the “refrigerator effect” is lost in the Blue Ocean Event, meaning the “water temperature is not pegged close to the freezing point when there is no ice left to melt.” (Source: Paul Beckwith, climate system scientist, University of Ottawa)

Unfortunately, that creates a whole new category of risks as weather patterns throughout the Northern Hemisphere depend upon jet streams (20K to 39K feet above sea level) that rely upon the “Center of Cold” over the North Pole interceding with warm air currents from the tropics to generate jet stream gusto. If the “Center of Cold” shifts, who knows for sure what’ll happen to the crucial jet streams?

The short answer may be the jet streams will go bonkers more so than ever before. Of course, to a lesser degree, this is already happening right now and causing extreme weather events like massive flooding in the Midwest: Hello, Kansas.

As of 2019, all-time record-setting heavy weather hit the U.S. with humongous amounts of snow throughout the northern Midwest as a result of slow-moving wobbly jet streams that loop and bring Arctic weather directly south. Believe it or not, the resultant massive flooding (also record-setting) may be a minor event in the context of a newly released chilling study about the impact of Arctic sea ice loss, as follows:

The study of ancient ice cores by a team from the British Antarctic Survey, University of Cambridge and University of Birmingham found “major reductions in sea ice in the Arctic” cranked up (temperature amplification as a result of no Arctic sea ice) Greenland regional temperatures “by 16° C in less than a decade.” (Source: Louise C. Sime, et al, Impact of Abrupt Sea Ice Loss on Greenland Water Isotopes During the Last Glacial Period, Proceedings of the National Academy of Sciences, March 5, 2019)

According to the study: “This work confirms the significance of sea ice for past abrupt warming events…  This is important because changes in sea ice have profound consequences on both global and local scales, including impacts on global climate and local ecosystems,” Ibid.

Significantly, if the “Impact of Abrupt Sea Ice Loss on Greenland” scenario were to recur, it would create havoc, and panic within a decade. Could it happen? Well, it happened in the past without the assistance of human-influenced GHG emissions. Therefore, the answer seems to be: Yes, it could happen again. End of Story!

But, on second thought: The 16° C increase in temps in less than a decade is difficult to fathom, even though the paleoclimate record shows it did happen. After rereading the British Antarctic Study again, and again, it goes without saying that a temperature increase of “16° C within a decade” would destroy most life. One can only hope that the British Antarctic Survey team made a big fat mistake, or there are extenuating circumstances of some kind or other.

But, make no mistake about this: Greenhouse gas (GHG) emissions today are rip snorting faster than almost any paleoclimate time scale, likely setting a new 62-year record for CO2 emissions in 2019. Precariously, that feeds directly into increased planetary heat and loss of more Arctic sea ice. The end results cannot be good, an understatement.

According to NASA, Global Climate Change – Vita Signs of the Planet: “Ice cores drawn from Greenland, Antarctica, and tropical mountain glaciers show that the Earth’s climate responds to changes in greenhouse gas levels. Ancient evidence can also be found in tree rings, ocean sediments, coral reefs, and layers of sedimentary rocks. This ancient or paleoclimate evidence reveals that current warming is occurring roughly ten (10) times faster than the average rate of ice-age-recovery warming.”

Meanwhile, according to the aforementioned interview with Dr. Peter Wadhams: Currently, the Arctic is heating up about 4xs faster than the rest of the planet… the temp difference between the Arctic and the tropics is dropping precipitously … thus, driving the jet streams less… creating meandering jet streams… in turn, producing extreme weather events throughout the Northern Hemisphere, especially in mid-latitudes where most of the world’s food is grown.

Not only is future food production seriously at risk, but as well, massive quantities of buried seabed methane (much more powerful in its initial years at influencing global warming than CO2) in the Arctic could release suddenly because of loss of albedo, no longer reflecting solar radiation out into space, rather absorbing it down to massive quantities of CH4 (methane) under seabed permafrost, which is: “The greatest single threat we face… It would be a catastrophe because the temperature would suddenly rise… It wouldn’t rise smoothly” (Wadhams).

But, really, honestly, come on now, something’s gotta (hopefully) be wrong with the aforementioned British Antarctic Survey’s scientific data. Could it be a misplaced decimal point?

Astonishingly, it is factual data. In the simplest of terms, Greenland’s 16° C temperature increase in less than a decade is mind-blowing, especially in consideration of the survey team’s statement that it: “Confirms the significance of sea ice for past abrupt warming events.” 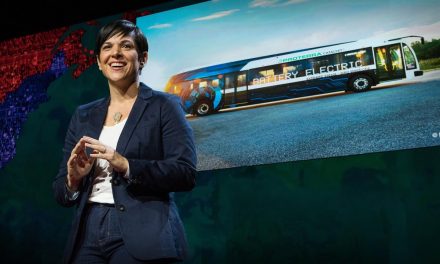