In a scathing rebuke to the elite capitalists and politicians who largely control the global economic and energy systems, Mexico’s newly-appointed environment secretary on Wednesday pointed a stern finger at the “parasitic and predatory neoliberals” for being the key culprits behind the planetary climate crisis.

“We can defend life, or we can continue destroying it in the name of the market, technology, progress, development, [and] economic growth.”
—Mexico Environment Secretary Víctor Manuel Toledo Manzur

As the Mexico News Daily reports, the public comments by Secretary Víctor Manuel Toledo Manzur were his first since his appointment by President Andrés Manuel López Obrador earlier this week and seen as a direct challenge to previous Mexican governments which sacrificed the nation’s environment to the interests of industry.

“Human beings are not responsible for global warming, as a superficial environmentalism and uncritical science would like to tell us,” said Toledo. “The responsible are a parasitic and predatory minority, and that minority has a name: neoliberalism.”

According to the News Daily, Toledo vowed “to ‘take back’ the Environment and Natural Resources Secretariat (Semarnat), which he said had been controlled by ‘merchants from the automotive sector,’ and involve citizens in policy making.

He also vowed to put ecological and human concerns above the demands of capitalism and industrial powerbrokers.

“We can defend life, or we can continue destroying it in the name of the market, technology, progress, development, economic growth, etc.,” he said.

Watch the full speech (in Spanish):

In addition to a ban on fracking, Toledo said there was an urgent need to find replacement sources for all fossil fuels and also issued warnings about the use of genetically-modified crops.

Not a new concept, proponents of bold climate action and experts on the geopolitics of global warming have long noted that the rise of neoliberalism as the dominant political force in the United States, Europe, and elsewhere correlates in troubling ways with the rise in greenhouse gas emissions.

In 2015, as Common Dreams reported at the time, the model of neoliberal capitalism was blamed for the looming destruction of the world’s natural systems in a pair of groundbreaking studies.

“It is difficult to overestimate the scale and speed of change,” said Professor Will Steffen, a researcher at the Stockholm Resilience Centre who was involved with both studies. “In a single lifetime humanity has become a geological force at the planetary-scale.”

And as journalist Naomi Klein wrote in her 2014 book, This Changes Everything: Capitalism vs. The Climate, humanity over the last 30 years has  “not done the things that are necessary to lower emissions because those things fundamentally conflict with deregulated capitalism, the reigning ideology for the entire period we have been struggling to find a way out of this crisis.”

“We are stuck,” Klein writes in the book, “because the actions that would give us the best chance of averting catastrophe—and would benefit the vast majority—are extremely threatening to an elite minority that has a stranglehold over our economy, our political process, and most of our major media outlets.” 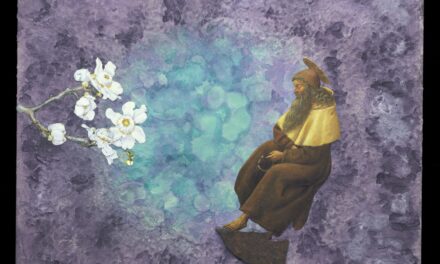 The Field of Peace 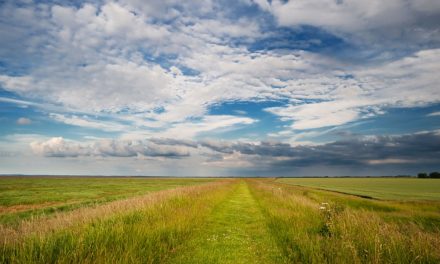