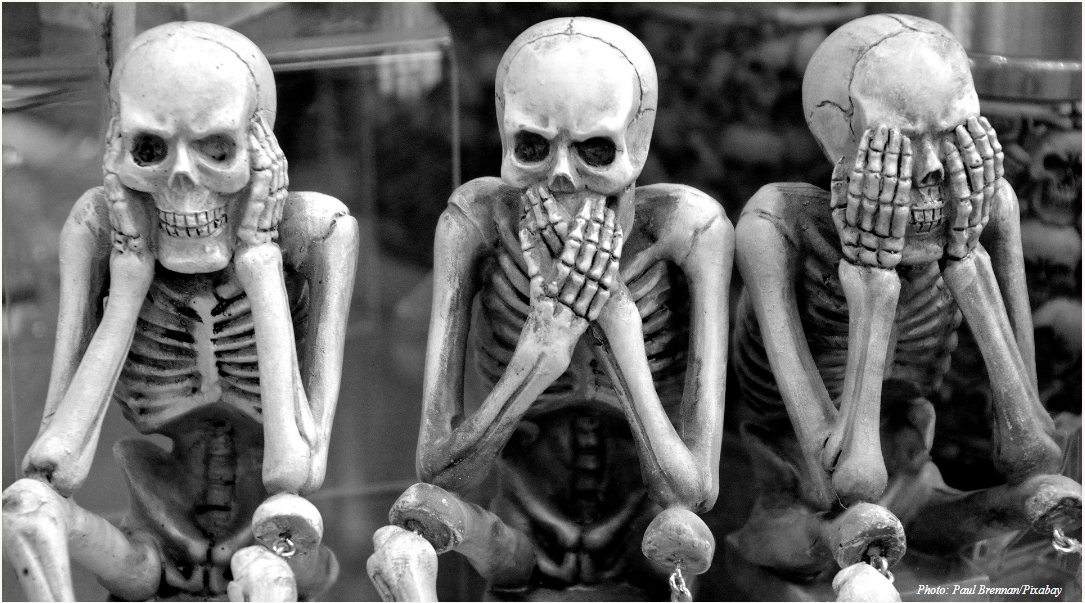 Just like climate deniers, they’re out to obfuscate and debase the scientists and conservationists trying to save the world — and maybe get rid of a few pesky species in the process.

Extinction’s not a problem, right?

That’s actually a point made quite a bit lately by a group of “extinction deniers” — people who use the relatively low number of confirmed extinctions to say there’s no such thing as an extinction crisis. These industry shills came out of the woodwork in the wake of the recent Intergovernmental Science-Policy Platform on Biodiversity and Ecosystem Services report that predicts the world faces up to one million extinctions in the coming decades due to human activity.

We saw this misinformation most strongly on May 22 during testimony about the IPBES report for the House Committee on Natural Resources, when two “experts” invited to speak by Republican members of the committee spread messages of extinction denial.

“Fewer than 900 extinctions have been documented in the 500 years since 1500 AD,” claimed Patrick Moore, a director of a pro-fossil fuels group called the CO2 Commission who always (incorrectly) identifies himself as a cofounder of Greenpeace.

Moore, who’s also funded by the Koch brothers and others to spread climate denial (he’s a frequent guest on Fox News), tied the IPBES report to his previous rhetoric. “As with the manufactured ‘climate crisis’ they are using the specter of mass extinction as a fear tactic to scare the public into compliance,” he said. “The IBPES itself is an existential threat to sensible policy on biodiversity conservation.”

Another testifier — former Jim Inhofe aide and perpetual climate denier Marc Morano — took this even further, calling the IPBES report “propaganda” and personally attacking IPBES chair Sir Robert Watson, who was also testifying. Morano is also a Fox News regular who was once dubbed the “climate change misinformer of the year.”

The right-wing blogosphere ate up the testimonies. Extremist site Breitbartrepeated Moore’s lies, called the IPBES report “fake news,” and added a zinger of their own claim: “The two biggest human threats to wildlife in the last century have been a) Communists and b) Environmentalists.”

Elsewhere, the Heartland Institute’s resident climate denialist Gregory Wrightstone published a widely reprinted blog post where he wrote that Moore’s testimony relied on Wrightstone’s own analysis of the IPBES report. He added his further interpretation of data from the IUCN Red List, which tracks the extinction risk of species around the world and which Wrightstone claims shows there’s no extinction crisis at all. “In the last 40 years, the average annual extinction rate was two per year,” he wrote. “Not 2,000. Not 200. Two. The most recent decadal data available was from 2000 to 2009 and only four extinctions were reported in that time frame.”

Sorry to burst your bubble, Gregory, but that’s just the way science works. Species don’t get declared extinct very quickly, and the IUCN Red List doesn’t list every single described species, let alone every extinct one. Of the four extinctions I’ve reported on this year (that’s more than your “average” rate of two, by the way), only half appear on the IUCN Red List, and one of them is still listed there as “critically endangered.”

Here’s another example: of the 23 confirmed mussel extinctions in the American Southwest, the IUCN still lists seven species as critically endangered, while four don’t appear on the Red List at all.

The IUCN, like any conservation organization, has its own processes, and it also relies upon volunteers all over the world. Local experts may know of extinctions, or recommend that certain species be considered endangered, but that doesn’t mean those details automatically end up on the Red List. It’s an essential resource, but it will never be complete so it’s not the source to use to deny that extinctions are happening.

(For more on this, see our recent article, “Why Don’t We Hear About More Species Going Extinct?”)

But as we’ve seen in the era of Russian trolls and political polarization, facts don’t always stop disinformation from being repeated — over and over. Similar tirades to Whitestone’s were published on the notorious climate denying blogs Watts Up With That and Climate Depot, the right-wing newspaper The Washington Times, The Daily Caller, The Daily Signal, Fox News and others.

And the IPBES attacks actually started well before the recent House committee hearing. In particular, the libertarian magazine Reason analyzed the IPBES report with some pretty fuzzy math, estimating the current rate of extinction is only 16 species every 10 years, or “about double…the natural background rate.” Science, on the other hand, shows that it’s closer to 1,000 times the background rate.

More attacks are sure to come. The IPBES report is still making its way into the world — it still hasn’t been covered by most major media — so as news of it spreads so will the disinformation.

And here’s the kicker: This industry-fueled campaign doesn’t exist in a vacuum. We now live in a world where politicians and their appointees also deny the opportunity to take action to prevent extinctions. A recent investigation by Pacific Standard revealed that, under the Trump administration, the U.S. Fish and Wildlife actually set up a quota to remove 30 southeastern species from the endangered species list each year — whether they were recovered or not.

What does all of this serve? Obviously, just as with climate denial, the more you deny that extinctions happen or that they’re a problem, the more you can drill, blast, pave, extract or eliminate — all so you can remove any barriers to your “freedom” and make as much money as you want.

Amidst a very real extinction crisis affecting species around the globe, that’s the type of mindset that needs to go extinct. 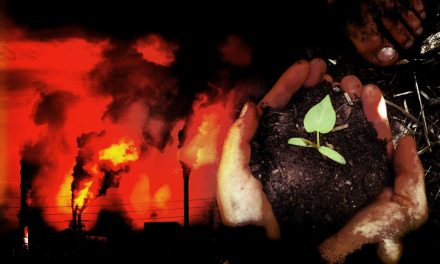