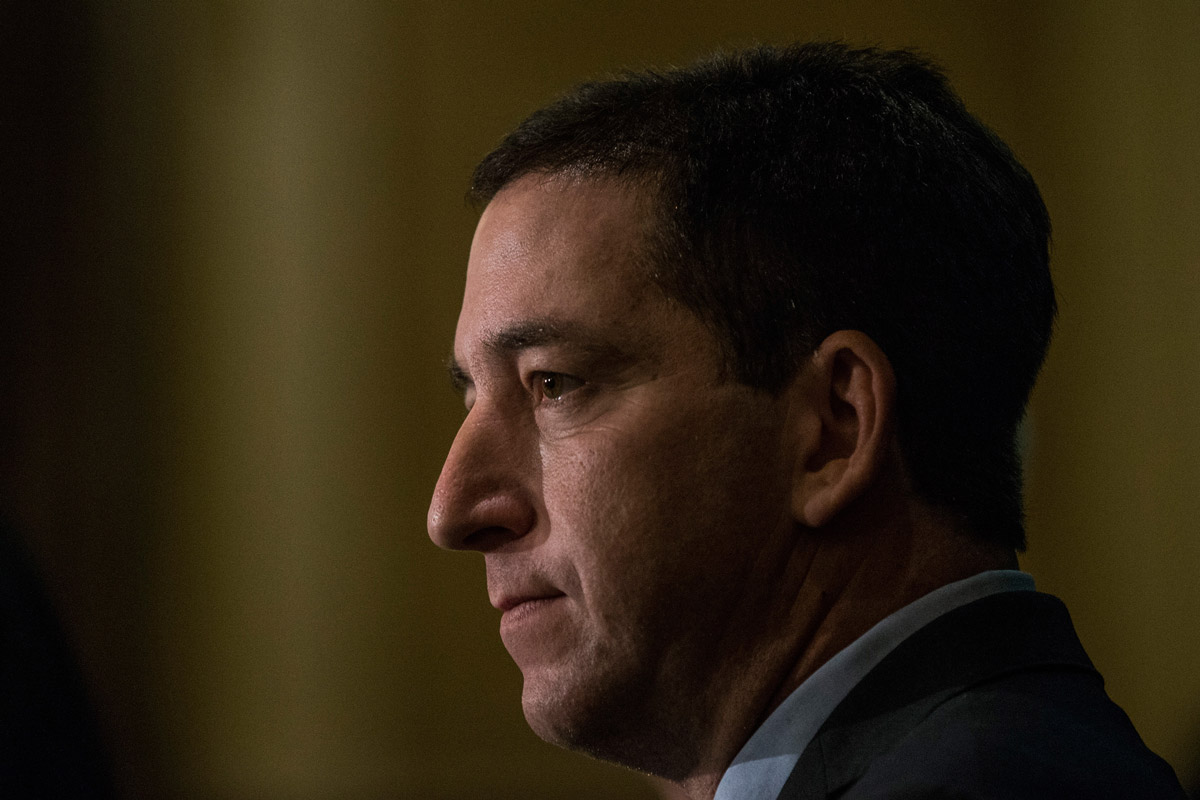 Last week, the Intercept exposed Lula’s persecution for the farce that it was. Now journalist Glenn Greenwald, his family, and the Intercept are under attack by Bolsonaro and his followers. They deserve our solidarity.

Journalist Glenn Greenwald is once again rocking international politics by exposing state violations of civil liberties. This time, his reporting targets the highest levels of Brazilian president Jair Bolsonaro’s cabinet. In the United States, Greenwald is best knownfor publishing whistleblower Edward Snowden’s disclosure of illegal National Security Administration surveillance programs in the Guardian in 2013. At the time, several Republican Congressmen called for Greenwald’s prosecution, including Mike Rogers, then chair of the House Intelligence Committee. This time around, political hacks in Brazil, where Greenwald has lived for years, are calling for his head. This has resulted in “grotesque” threats against not just Greenwald’s life, but those of his husband, the leftist congressman David Miranda, and their adopted children.Why? On June 9, Greenwald and a team of reporters — Andrew Fishman, Rafael Moro Martins, Leandro Demori, and Alexandre de Santi — at the Interceptpublished two blockbuster articles based on leaked communications between lead prosecutor Deltan Dallagnol and then-presiding Judge Sergio Moro in a sweeping anti-corruption campaign named Operação Lava Jato (Operation Car Wash).While Lava Jato filed charges against powerful politicians across the political spectrum, the conviction and ten-year sentence handed down to former president Luiz Inácio Lula da Silva was Moro’s crown jewel. Lula is by far the most popular leader of the Workers Party (PT), who rose up from the ranks of the metal workers union to rally millions in the late 1970s and early 1980s against the generals who ran Brazil. He was elected to two terms as president between 2003 and 2010, during which he promoted programs that reduced extreme poverty and expanded education opportunities for working-class students.

When he was termed out, his PT successor Dilma Rousseff (a former underground fighter who was tortured by the Brazilian military dictatorship) won two more terms. A sharp recession in 2014-2015 exhausted the ruling class’s willingness to compromise with even a moderate social-democratic agenda. Thus the right wing capitalized on Lava Jato to whip up popular anti-corruption sentiment and weaponize it against the Left. This ended in a parliamentary coup against Rousseff in August 2016, forcing her out of office on flimsy corruption charges.

After a weak right-wing government led by Michel Temer completed Dilma’s term, a battle royale was set for the 2018 presidential election between several mainstream conservative candidates and the popular Lula.

Thanks to the overtly political nature of Rousseff’s impeachment, when Moro set his sights on Lula, millions smelled a rat. Moro accused Lula of accepting the deed to an apartment as a payoff for awarding government contracts, but it was never proven that Lula even owned the apartment. Nonetheless, by the summer of 2018, Lula was convicted, barred from running for office, and the Supreme Court denied all appeals.

Although many suspected that the investigation into Lula was politicized, there was no way to prove it — until Greenwald and his team received a trove of private communications between Moro and his lead prosecutor Dallagnol. Smoking gun in hand, the Intercept’s report concludes that “Moro grossly overstepped the ethical lines that define the role of a judge.”

Leaked text messages prove that, even after Dallognol put Lula behind bars, he and other supposedly nonpartisan prosecutors continued to scheme against Lula and the PT:

With the very popular Lula out of the way, Bolsonaro’s far-right, anti-establishment brand propelled him to office, where he quickly rewarded Moro with control over the Ministry of Justice. Greenwald’s revelations threaten not only Moro and Dallagnol, but call into question the independence of Brazil’s judiciary and the legitimacy of Bolsonaro’s government.

Naturally, the campaign against Greenwald looks a lot like Bolsonaro’s politics: xenophobic, homophobic, and violent. In the hours after the report dropped, #DeportaGreenwald (Deport Greenwald) began trending on Twitter. David Miranda cut right to the chase, tweeting:

Miranda knows what he is talking about. He is a Federal Deputy in the national congress from Rio de Janeiro for the Party of Socialism and Freedom (PSOL). Miranda replaced PSOL’s Jean Wyllys, Brazil’s first openly gay congressmen, after death threats forced Wyllys to resign and leave the country. And little more than a year ago, PSOL city councilor Marielle Franco and her driver were assassinated in broad daylight. Bolsonaro’s rise to power has left a rash of political murders in its wake, including two leaders from the Landless Workers Movement (MST).

Bolsonaro’s greatest support is concentrated among far-right elements that are armed to the teeth, both officially in the police and military, and unofficially in paramilitary gangs in the cities and big agribusiness militias in the countryside. Last month, Bolsonaro rewarded these groups by relaxing gun laws in a nation that suffers more than 68,000 murders per year. Threats against Greenwald, his family, and the Intercept team, and the means to carry them out, are all too real.

PSOL and the broader left are appealing for solidarity with Miranda and his family, dozens of media outlets are rallying to the Intercept in defense of freedom of the press, and a Joint Parliamentary Commission of Inquiry has been formed by the PT, PSOL, and other leftist parties to investigate the allegation against Moro et al.

Meanwhile, Bernie Sanders has tweeted his support for Lula:

Just a few months ago, it seemed that the far right was on the verge of ramming through decisive defeats on Brazil’s organized working class and insurgent feminist, LGBT, and Afro-Brazilian movements. In the past week, a powerful combination of the Intercept’sbombshell reporting and a massive June 14 general strike have upset the apple cart. If Lula is freed, Bolsonaro’s days may be numbered, as there would be no doubt who would win in a fair election between the two. Brazil’s right will do all it can to silence Greenwald and the Intercept and they will have friends in Trump’s Washington as they plot their next move. We must make sure that solidarity with Greenwald and respect for freedom of the press, basic civil liberties, and an end to the politicized persecution of the Left are heard loud and clear in Brasilia.

Climate Q&A: Will We Be Less Healthy Because of Climate Change?