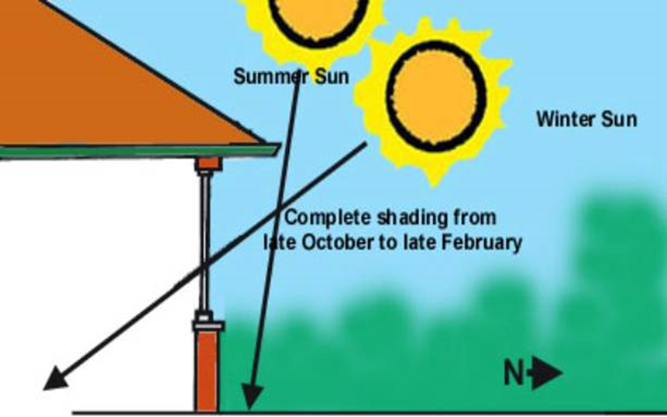 Housing is always on my mind. It’s my job to assess houses with a ‘whole of house’ performance lens. I see big ones, small ones, brand new ones and rickety much loved old ones, and they all have one thing in common. They don’t work.

New Zealand homes fail on many aspects, including in some cases basic shelter. We’re all paying a massive social cost in terms of health as a result. Some are paying with their lives. The Otago University studied the cause of death over a twenty year period and identified New Zealand has a winter mortality rate of 1,600 people per year attributed to our housing. This many people, 1,600, is higher than the road toll which for 2018 was 378.

If that wasn’t enough, third-world diseases such as Rheumatic Fever have resurfaced, respiratory illness is still rising among zero to five-year-olds, and we keep on building crappy houses.

People from other parts of the world living in New Zealand during winter wonder who’s playing a joke on them. They can’t understand why our houses are so cold. The reasons are numerous. As one example, the materials we use, such as aluminium for window joinery is unheard of in the United Kingdom and Europe because of its appalling thermal performance. For another, we think heating consists of a single unit in a single room. We also believe wearing puffer jackets inside is normal. It’s not.

These are some of the issues which contribute to the problems we face. There is another piece of the housing puzzle lost down the back of the sofa which baffles me. We live in a country with ample sunshine. We know how to make the most of it at the beach and exploring the outdoors; however, when it comes to the way to build our houses, we largely ignore this resource.

There is no legal requirement to orient our houses to the north to make the most of passive solar gain. This is one of the most fundamental principles of good house design, and it’s not a requirement of the building code let alone town planning.

For our existing homes, orientation will be to the street and chances are the garage will be the building positioned to make the most of the sun’s rays. If you’re one of the lucky ones and you’re north facing, congratulations, your house is likely to be warmer and your heating bills lower, but it was most likely by chance, not design.

You could argue that we didn’t know as much then as we do now. Some south facing homes could be forgiven, right? Wrong. It seems we’ve learned nothing. It could also be argued we build worse now than we did forty to fifty years ago (the age of a large percentage of our houses).

New houses are built to suit the site, the view, or to the plans of the developer. I’ve been laughed out of the room when I’ve asked about north facing homes. There’s no doubt it could add complexity in some cases. It might require more earthworks or even a rethink of the proposed neighbourhood plans, but let’s unpack the benefits of this simple design feature. Then we can weigh up what we stand to gain, or lose.

What about an existing home?

You can still benefit from the winter sun. To do this you need to trap heat from the sun into the home through good, lined, floor length curtains and pull them closed before the sun goes down. If you do this in winter, heating requirements will be less because you’ve gained heat during the day and contained it. It might only be two degrees, but the difference with 16 degrees and 18 degrees is a matter of health. Respiratory illness is likely to occur in temperatures 16 degrees and under and the World Health Organisation recommends 18 degrees as the minimum for health.

To make this heat work for you, again a good thermal envelope is necessary (by insulating ceiling, walls, floor and windows), but these things only work if you can gain the heat internally in the first place. A cold house with insulation and no heating is essentially a ‘chilly bin’.

You might be reading this thinking to yourself that none of this is worth the million dollar south facing view you bought the house for. You might have the kind of money that allows you the luxury of three heat pumps and seventy lights. You might not care.

But a large proportion of the population doesn’t have such luxury and do care because they pay a lot for heating and are still cold. The longer we continue to build crappy houses the longer good people with limited options will have to put up with their house being a financial drain that keeps them sick. Passive solar gain should be a standard feature that every house offers, regardless of your income bracket.

As well as the social cost, the way that we design, build and run our homes contributes to greenhouse gas emissions. Every time we can reduce the amount of energy used in our homes to provide us the necessary level of services needed–i.e. light, warmth in the winter and cooling in the summer—we’re reducing the amount of emissions produced. If we can do this through the build of a new house, we have a responsibility to do so.

So what do we do with all the south facing houses? I see so many poorly performing homes, and if I could, I’d lift them up and re-orientate them to access the free, clean heat from the sun. It would impact the health of the occupants overnight and reduce their energy costs as well as associated carbon emissions. It’s an almost feasible solution if someone could make it work.

If you’re building new, challenge the builder, the architect, the council about this. Don’t be fooled into believing that the lack of passive solar gain will be well mitigated by the additional heat pump and extra lights. This comes at a cost, to you and the environment. Think about your house as more than your nest egg. Think about it as a system that if designed and run well, it will perform well, with minimal input from you. It’s honestly free, clean heat. Who doesn’t want that?

Orienting our homes to the north is a very basic element of good design and we really need to start paying attention to the laws of nature for the bigger picture. There is much more to learn, check out these websites and be informed.  It’s not rocket science, its building science.

What Does the U.S. Public Think of Its Government Arming and Bombing the World?

The US Cult of Bombing and Endless War