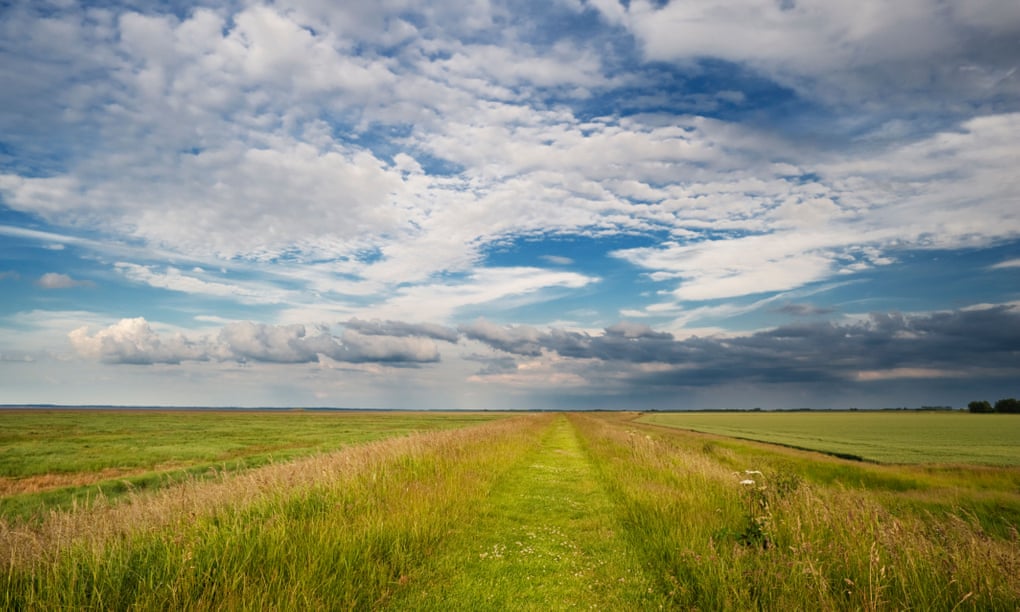 Ecological restoration can be a powerful means of protecting the atmosphere – we need to rewild on a massive scale.

I don’t expect much joy in writing about climate breakdown. On one side, there is grief and fear; on the other side, machines. I became an environmentalist because I love the living world, but I spend much of my life thinking about electricity, industrial processes and civil engineering. Technological change is essential, but to a natural historian it often feels cold and distancing. Today, however, I can write about something that thrills me: the most exciting field of research I have covered in years.

Most climate scientists agree that it is now too late to prevent 1.5C or more of global heating only by cutting our production of greenhouse gases. Even if we reduced our emissions to zero tomorrow, we would probably overshoot this crucial temperature limit. To prevent a full-spectrum catastrophe, we need not only to decarbonise our economy in the shortest possible time, but also to draw down carbon dioxide that has already been released.

But how? The best-known proposal is called bio-energy with carbon capture and storage (BECCS). This means growing wood or straw in plantations, burning it in power stations to produce electricity, capturing the carbon dioxide from the exhaust gases and burying it in geological formations. Yet, if deployed at scale, it is likely to trigger either an ecological or a humanitarian disaster.

One BECCS proposal, favoured by certain governments, would cover an area three times the size of India with plantations. This involves converting agricultural land, in which case BECCS would cause mass starvation, or converting wild land, in which case almost lifeless plantations would replace 50% of the world’s remaining natural forests. Even so, it might not be effective, as any carbon savings would be counteracted by the use of nitrogen fertiliser and the release of greenhouse gases from the soil as it’s churned up for planting. BECCS can lead only to catastrophe, and should be immediately abandoned.

Another option is direct air capture: extracting carbon dioxide with machines. Aside from the expense, which is likely to be massive, the amount of steel and concrete required to build these machines could help to push the world beyond certain climate tipping points before the positive effects are felt.

None of this is necessary, however, because there is a much better and cheaper way of drawing carbon from the air. Natural climate solutions do it through the restoration of living systems. The greatest potential identified so far – as so much land can be used this way – is in protecting and restoring natural forests and allowing native trees to repopulate deforested land. The greatest drawdown potential per hectare (though the total area is smaller) is the restoration of coastal habitats such as mangroves, salt marsh and seagrass beds. They stash carbon 40 times faster than tropical forests can. Peaty soils are also vital carbon stores. They are currently being oxidised by deforestation, drainage, drying, burning, farming and mining for gardening and fuel. Restoring peat, by blocking drainage channels and allowing natural vegetation to recover, can suck back much of what has been lost.

These are the best-studied natural climate solutions. They could help to solve two existential problems at once: climate breakdown and ecological breakdown. Their likely contribution is enormous – bigger than almost anyone guessed a few years ago – and other possibilities have scarcely been explored. For example, we currently have little idea of what the impact of industrial fishing may be on the seabed’s vast carbon store. By disturbing the sediments and lifting the carbon they contain into the water column, trawlers and dredgers are likely to expose it to oxygen, turning it into carbon dioxide. One study suggests that repeated trawling in the north-west Mediterranean has caused a reduction in carbon storage in the top 10 centimetres of sediments of up to 52%. Given the vast area trawled every year (most of the seabed on the world’s continental shelves), the climate impact could be enormous. Closing large parts of the seas to trawling could turn out to be a crucial climate strategy.

Scientists have only begun to explore how the recovery of certain animal populations could radically change the carbon balance. For instance, forest elephants and rhinos in Africa and Asia and tapirs in Brazil are natural foresters, maintaining and extending their habitats as they swallow the seeds of trees and spread them, sometimes across many miles, in their dung. White rhinos can play a major role in preventing runaway wildfires in African savannahs: their grazing prevents dry grass building up. If wolves were allowed to reach their natural populations in North America, one paper suggests, their suppression of herbivore populations would stop as much carbon being released every year as that produced by 30-70m cars. Healthy populations of predatory crabs and fish protect the carbon in salt marshes, as they prevent herbivorous crabs and snails wiping out the plants that hold the marshes together.

What I love about natural climate solutions is that we should be doing all these things anyway. Instead of making painful choices and deploying miserable means to a desirable end, we can defend ourselves from disaster by enhancing our world of wonders. However, nothing should be done without the involvement and consent of indigenous people and other local communities. Nor should damaging projects, such as monocultural plantations, be passed off as natural climate solutions. As a paper published this week in Nature shows, several governments are attempting this deception.

Today, a small group of us is launching a campaign for natural climate solutions to receive the commitment and funding they deserve. At the moment, though their potential is huge, they have been marginalised in favour of projects that may be worse than useless, but which are profitable for corporations. Governments discuss the climate crisis and the ecological crisis in separate meetings when both disasters could be addressed together. We have set up a dedicated website, produced an animation and written a letter to governments and international bodies signed by prominent activists, scientists and artists.

We don’t want natural climate solutions to be used as a substitute for the rapid and comprehensive decarbonisation of our economies. The science tells us both are needed: the age of carbon offsets is over. But what this thrilling field of study shows is that protecting and rewilding the world’s living systems is not just an aesthetically pleasing thing to do. It is an essential survival strategy.

Empire’s War Under the Radar: Nicaragua