This Memorial Day, Let’s Learn From Our Mistakes and End Illegal War

“Violence destroys what it claims to defend: the dignity, the life, the freedom of human beings.” — St. John Paul II

A grieving, unnamed woman stood outside a funeral parlor awaiting the arrival of the remains of one of the latest U.S. servicemembers killed in the Afghanistan War. She was wearing a vest adorned with a variety of military-style patches, one identifying herself as a Gold Star mother, her son being another of the 2,426 U.S. servicemembers killedthus far in what has become the U.S.’s longest war, now in its 18th year.

When interviewed by one of the plethora of news reporters covering the wake and funeral, she responded that though she did not know the deceased or his family personally, she felt compelled to be there to privately commiserate with their pain and suffering, and to pay her respects. She concluded her remarks by providing insight into the coping mechanism she and many others resort to when struggling to make sense of a devastating and otherwise senseless loss of a loved one in war: “Freedom isn’t free, you know.”

The implication of this tired expression is, of course, that the precious freedom we all enjoy, nay the very survival of our beloved nation, comes at a steep price that must be paid with the lives, blood and sacrifice of selfless young men and women and their families.

As a former Marine and veteran of the U.S. war in Vietnam, I understand firsthand how difficult it is to live with the inevitable trauma, moral injury, pain and suffering of losing comrades in war. I can only imagine the insufferable grief and anguish of family members, a mother who has lost her child, or a child who cannot understand why only fond memories remain of a loving parent.

Like the Gold Star mother and the many family members and friends in attendance, I also grieve the young man’s tragic and untimely death as well as the loss of the almost 7,000 other U.S. servicemembers sacrificed to the post-9/11 conflicts. In addition, for those of us who participated in this and other wars, I believe our pain is compounded by a realization of our culpability and responsibility for the deaths of hundreds of thousands of Vietnamese, Afghans, Iraqis, Syrians, Yemenis and others — many of them civilians.

Further, I can sympathize with the propensity of many veterans and family members to embrace and take solace in the mythology of a just and necessary cause and purpose, as well as of heroism and nobility of “service.” To admit otherwise — that one sacrificed, or that a family member perished for a mistake or for the arrogance of our political leaders or for the greed of corporate war profiteers — would, in their view, make living with the suffering and loss even more intolerable and healing more difficult, if not impossible.

Our pain is compounded by a realization of our culpability and responsibility for the deaths of hundreds of thousands of Vietnamese, Afghans, Iraqis, Syrians, Yemenis and others.

I have to admit that, over the years, I have also sought comfort by avoiding the truth and embracing the mythology, as thinking the cause just and necessary, and my sacrifices noble and heroic; this was certainly preferable to the alternative. But as the killing and dying continued and the futility of the effort became apparent, as healing remained elusive, and the negative effects of the war failed to subside, I asked myself some difficult questions.

Just what is this existential threat to our nation’s survival allegedly posed by the Taliban or even by such unsavory subnational groups as ISIS (also known as Daesh) and al-Qaeda? As attested to by the recent devastating Easter attack in Sri Lanka, their violence is real and should be of concern to us all. But what is accomplished by continuing a feckless military presence across the globe other than perhaps to benefit the war profiteers or to provoke further attacks?

Further, in wars that have been judged militarily unwinnable by every president and military leader since George W. Bush, how does sacrificing additional lives in an admittedly futile effort combat terrorism and preserve freedom in the U.S.? Even President Trump, in his 2019 State of the Union Address, pledged to end the wars, declare victory, and “give our brave warriors … a warm welcome home.”

As a consequence of asking such questions, I saw the “defending-America’s-freedom” explanation for what it truly is: a mechanism for deluding the public, for maintaining the status quo, and for allowing the killing and the dying to continue. I learned as well that embracing fabricated rationalizations have consequences beyond hindering our ability to heal and eventually to go on with our lives.

I realized that continuing to proselytize the mythology dishonors the sacrifices and the memory of our fallen comrades and family members and placates the outrage of those who would otherwise oppose and speak out against unnecessary war. Further, it, does a disservice to the members of the military who remain in harm’s way, and to future enlistees, “children ardent for some desperate glory,” enticed by “the old lie: Dulce et decorum est Pro patria mori.”

Those of us who have realized the truth of war’s futility and waste will not support the continued exploitation and commercialization of the memory of those sacrificed in war.

Former Secretary of State John Kerry, as a member of the activist group Vietnam Veterans Against the War, and at the time an outspoken advocate for peace, in his testimony to the Fulbright Committee regarding the U.S. war in Vietnam, asked a question that is as relevant today as it was 48 years ago: “How do you ask a man to be the last man to die in Vietnam? How do you ask a man (and now a woman) to be the last man (or woman) to die for a mistake?”

The answers to Kerry’s questions are clear, I think, when war becomes the task of the few cheered on, occasionally, but most times ignored by the unaffected many. Further deaths are inevitable when those who benefit from war exploit the naiveté of young Americans and the vulnerability of veterans and the families of the slain by misrepresenting and/or fabricating the threat with tired clichés like “Freedom isn’t free” and “he/she died defending America’s freedom.”

This past month, three additional women have joined the ranks of thousands of Gold Star mothers as the deaths of all of their children will become the impetus for Memorial Day sales at the mall, celebrations of the instruments of death and destruction at air shows, and the pretense for picnics and barbecues to welcome the summer season.

Those of us who have realized the truth of war’s futility and waste, however, and have rejected the mythology of necessity and purpose, will not support the continued exploitation and commercialization of the memory of those sacrificed in war and the suffering of their families to enhance consumerism and profit. Nor will we cheer as millions of dollars of deadly aircraft deafen and electrify onlookers by feigning bombing runs that slaughter hundreds of thousands of innocent civilians. Nor will we march in parades, the intent of which is neither to educate nor inform about the realities of war, but rather to celebrate the mythology of the “honor” and “glory” of militarism and war in anticipation of a seemingly probable invasion of Venezuela and military confrontation with Iran.

Instead, we will acknowledge and grieve not only the loss of the U.S.’s most recent casualties, but the waste of all human lives in war, the first as well as the last, not with feigned expressions of patriotism, gratitude and appreciation, but by renewing our commitment to peace, to exposing the mythology by educating the public about the realities of war, to bringing our troops home immediately, and to adequately caring for them upon their return. 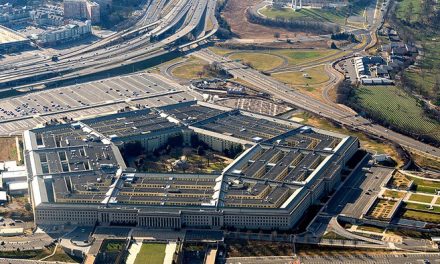 Want To Save The Environment? De-Fund The Pentagon.