An interview with Glenn Albrecht about his new book and solastalgia.

“Glenn Albrecht’s vision is at once realistic and contagiously optimistic. Through unique language, he names the heart-breaking loss we feel as nature gets pummeled. Yet our senses open and our smiles re-emerge as we recognize that such destruction can be the catalyst for the evolution of human consciousness. This book is a manifesto for a new Earth.” —Peter Kahn, author of Technological Nature

“The Symbiocene is a meme that invites all humans to create a future where positive Earth emotions will prevail over the negative. To create the Symbiocene, we must destroy the Anthropocene and its parasitic and cancerous forms of growth.” —Earth Emotions

I’ve known about the groundbreaking work of Australian eco-philosopher Glenn Albrecht for quite a while, and had eagerly awaited his new book, Earth Emotions: New Words for a New World. It is exactly what I expected: readable and hopeful journey that offers a practical path out of the current malaise and alienation from nature from which numerous people are suffering. As Richard Louv, author of The Nature Principle, notes in his endorsement, “Glenn Albrecht is one of the most important eco-philosophers of our time, though the term ‘eco-philosopher’ may be too narrow. He is also a map-maker: he names the roads ahead, the dead-ends, the detours, and potential destinations. And, unlike so many scientists, he does not describe those roads only with numbers, but with a new language of emotions―those now emerging from the tragedy and the possibility of the Earth.” 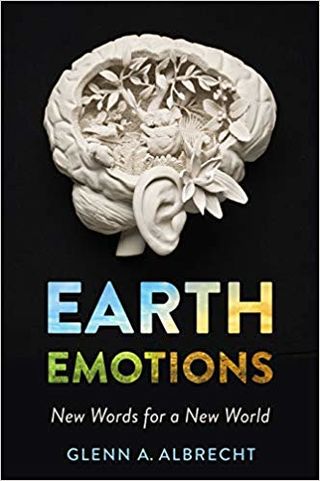 I’ve always found the words and phrases Albrecht creates to be very useful in understanding why and how so many people are either disconnected or intimately connected to Earth, and was pleased when he agreed to answer a few questions about his landmark book. Our interview went as follows.

Why did you write Earth Emotions?

“Earth Emotions explains what a love of life means and pinpoints the implications of its opposite. The contest between life-affirming and life-destroying forces has now reached a tipping point.

“I am an emotional person with regard to my home, the Earth, as I have been shaped by places and people who influenced me to become an Earth lover (my sumbiography). Once a person loves something and wants it close to them, that feeling never leaves. I love everything about life from the now revealed microscopic to the charismatic big beings that are easily seen. However, it is the community of life that I like and love the most. The ‘biocomunen,’ the shared life between multiple species and beings, is the real but intangible object of a love of life. Earth Emotions explains what a love of life means and pinpoints the implications of its opposite. The contest between life-affirming and life-destroying forces has now reached a tipping point. I wrote the book to help people tip towards the life-affirming, the terranascient. From that point onward, they have rejected the Anthropocene and are in the next age, the Symbiocene.”

How does it follow up on your past interests in calling attention to the fact that we are trying to live on a seriously wounded planet that needs healing, as do people themselves?

“Earth Emotions brings together many of my past attempts to be more precise about our positive and negative relationships to the state of the Earth…from local to global scales. It never ceases to amaze me that the English language has not created concepts for what I call the ‘psychoterratic’ or psyche-Earth relationships. It was time to bring together many blog posts, articles and book chapters to provide an integrated book-length treatment of these many themes.  Also, because I work in a transdisciplinary mode, only a new book could bring together so many discipline themes into one life-narrative. Having created ‘solastalgia’ in 2003, it gave me the confidence to keep creating terms, words and concepts that were missing in our language. Solastalgia was also a term that required a response in those who suffer from it. To repair a solastalgia-damaged psyche requires participation in Earth repair. Desolated places and psyches are both healed by restoration and repair of that which is causing the problem.”

Why do you focus on generating “new words for a new world?” I like this move, and always have been taken in by your use of the word solastalgia, “the lived experience of distressing, negative environmental change.” Can you please give some other examples?

I do this because the world is rapidly changing in powerful and novel ways. Humans, their culture, and their languages emerged over slow time from local and regional contexts in different parts of a highly diverse planet. Human culture and language did not evolve in a global context where the forces of human dominance (known as the Anthropocene) now outweigh all other natural forces on the planet. Novel global contexts require new concepts, new words.

Some of the new words/concepts I have created include, meteoranxiety(anxiety about extreme weather related events), terrafurie (Earth angeror rage), tierracide (Earth murder), eutierria (a good Earth feeling), soliphilia(the cooperative politics and solidarity needed to defeat the forces of desolation), endemophilia (love of the endemic), and terraliben (let the Earth live). There are many more tied to the concept or meme of the Symbiocene.

[Note: Albrecht writes, “While solastalgia occurs with the degradation of our place and a sense of place, Marc Bekoff argues in The Emotional Lives of Animals that since nonhuman lives are part of our community landscape, we can ‘experience solastalgia when we erode our relationship with other beings.'” This refers to my attempt to weave nonhumans into the fold of Earth emotions.]

What are some of your main messages?

The main message is that there is a war of the emotions taking hold in human affairs in which the Earth creators (terranascient people) are being confronted by the Earth destroyers (terraphthorans). Unlike all previous wars, this one is a fight for all life (not only human life) on Earth or at least what is left of it in this 6th great extinction event. If the terraphthorans win, humans experience the 7th great extinction event … Homo sapiens.

I argue that solastalgia and other negative Earth emotions can be defeated by a consolidated effort on the part of those who still have biophilia (love of life) within them and who care about future generations of humans and other beings. As far as I am concerned, there is nothing more important to engage with in the present moment. 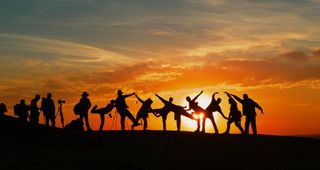 I love the idea of “Gen S.” What does it stand for and why do you concentrate on people in this age group?

Generation Symbiocene (Gen S) are those in the current generations who will willingly use their biophilia and rejection of ecocide to implement a new world order based on the principles of symbiosis and ecological ‘living together’ or what I call the ‘sumbios’ (Greek for ‘living together,’ a root word of symbiosis in science). The rise of young people in groups like Extinction Rebellion and the school strike movement lead by Greta Thunberg are signs that the Symbiocene has commenced. However, all the post-Boomer generations (X, Y, Z) are candidates for membership of Gen S. There are even some Boomers who might like to devote the rest of their lives to good Earth emotions and helping their own children and grandchildren avoid the apocalypse and create the Symbiocene.

Are you hopeful that things will get better in the future?

Yes, because the alternative is so dreadful that I cannot even think about it. I have even created a secular form of spirituality based on the sharing of life that is entailed by symbiosis within and between species. I have argued for a material and a spiritual base for the Symbiocene. Life is good; by comparison, death is nothing. I know which I prefer.

What are some of your current projects?

Writing a whole book on the Symbiocene. I have started, but it is going to take a huge surge of my energy to overcome the inertia of terraphthoric forces that are everywhere at the moment. I am 66 years old. I can still do this.

Is there anything else you’d like to tell readers?

Do not give up on positive Earth emotions. They are the foundation for everything that comes next. It is one thing to have hope, even radical hope, but my form is ‘realistic hope,’ It is based on the sciences of life. I claim it is neither atavistic nor idealistic.

I, too, remain hopeful that the future won’t be as bleak as many make it out to be. I’m sure that conservation psychologists will find a lot of words for thought in this book, and that by changing the nature of the dialogue, people will come to understand just how much work needs to be done and that each and every individual counts and their voice needs to be heard. Albrecht’s views and outlook are consistent with those about which I wrote in Rewilding Our Hearts—namely, that changes in attitude and action must come from within, driven by deep feelings that compel us to work to make the world a better place for all beings and to protect diverse landscapes.

I’ve always been astounded by people who have very direct investments in future generations—especially parents, for example, but also recognizing that we all have responsibilities to people and other animals who will inherit what we leave them—and who live as if everything is currently just fine and will be so in the future. Earth Emotions gives me even more hope—for the future, and that Gen S individuals living in the Symbiocene will truly make a difference in how we relate to our one and only magnificent planet. I hope Earth Emotions will enjoy a broad global audience and that people will pay careful attention to these important and urgent messages and do something positive for our wounded planet.

We Finally Know When Humans Started Changing the Climate