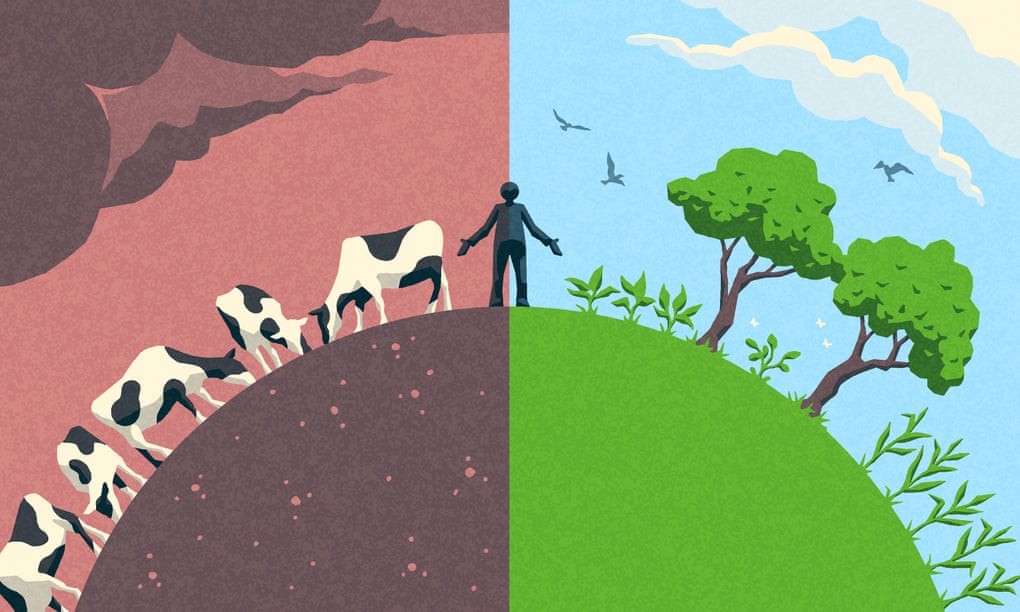 In its crucial land and climate report, the IPCC irresponsibly understates the true carbon cost of our meat and dairy habits

It’s a tragic missed opportunity. The new report on land by the Intergovernmental Panel on Climate Change (IPCC) shies away from the big issues and fails to properly represent the science. As a result, it gives us few clues about how we might survive the century. Has it been nobbled? Was the fear of taking on the farming industry – alongside the oil and coal companies whose paid shills have attacked it so fiercely – too much to bear? At the moment, I have no idea. But what the panel has produced is pathetic.

The problem is that it concentrates on just one of the two ways of counting the carbon costs of farming. The first way – the IPCC’s approach – could be described as farming’s current account. How much greenhouse gas does driving tractors, spreading fertiliser and raising livestock produce every year? According to the panel’s report, the answer is around 23% of the planet-heating gases we currently produce. But this fails miserably to capture the overall impact of food production.

The second accounting method is more important. This could be described as the capital account: how does farming compare to the natural ecosystems that would otherwise have occupied the land? A paper published in Naturelast year, but not mentioned by the IPCC, sought to count this cost. Please read these figures carefully. They could change your life.

The official carbon footprint of people in the UK is 5.4 tonnes of carbon dioxide per person per year. But in addition to this, the Nature paper estimates that the total greenhouse gas cost – in terms of lost opportunities for storing carbon that the land would offer were it not being farmed – of an average northern European diet is 9 tonnes a year. In other words, if we counted the “carbon opportunity costs” of our diet, our total footprint would almost triple, to 14.4 tonnes.

Why is this figure so high? Because we eat so much meat and dairy. The Nature paper estimates that the carbon cost of chicken is six times higher than soya, while milk is 15 times higher and beef 73 times. One kilo of beef protein has a carbon opportunity cost of 1,250kg: that, incredibly, is roughly equal to driving a new car for a year, or to one passenger flying from London to New York and back.

These are global average figures, raised by beef production in places like the Amazon basin. But even in the UK, the costs are astonishing. A paper in the journal Food Policy estimates that a kilo of beef protein reared on a British hill farm whose soils are rich in carbon has a cost of 643kg, while a kilo of lamb protein costs 749kg. Research published in April by the Harvard academics Helen Harwatt and Matthew Hayek, also missed by the IPCC, shows that, alongside millions of hectares of pasture land, an astonishing 55% of UK cropping land (land that is ploughed and seeded) is used to grow feed for livestock, rather than food for humans. If our grazing land was allowed to revert to natural ecosystems, and the land currently used to grow feed for livestock was used for grains, beans, fruit, nuts and vegetables for humans, this switch would allow the UK to absorb an astonishing quantity of carbon. This would be equivalent, altogether, the paper estimates, to absorbing nine years of our total current emissions. And farming in this country could then feed everyone, without the need for imports.

A plant-based diet would make the difference between the UK’s current failure to meet its international commitments, and success.

Then there are the nature opportunity costs. A famous paper in Science shows that a plant-based diet would release 76% of the land currently used for farming. This land could then be used for the mass restoration of ecosystems and wildlife, pulling the living world back from the brink of ecological collapse and a sixth great extinction.

People tend to make two massive mistakes while trying to minimise the environmental impact of the food they eat. First, they focus on food miles and forget about the other impacts. For some foods, especially those that travel by plane, the carbon costs of transport are very high. But for most bulk commodities – grain, beans, meat and dairy – the greenhouse gases produced in transporting them are a small fraction of the overall impact. A kilo of soya shipped halfway round the world inflicts much less atmospheric harm than a kilo of chicken or pork reared on the farm down the lane.

Some people try to argue that extensive farming systems – particularly grazing livestock – “mimic nature”. While some livestock farms are much better than others, there are none in this country that look like natural ecosystems. Nature has no fences. It has large predators (wolves, lynx and other species that have been eliminated here on behalf of livestock farming) and a wide range of wild herbivores.

In wet temperate nations such as the UK, natural vegetation in most places is dominated by trees. Even the best livestock farms deliver a depleted parody of nature, supporting a small subset of the species that might otherwise occupy the land.

If we want to prevent both climate and ecological catastrophes, the key task is to minimise the amount of land we use to feed ourselves, while changing the way the remaining land is farmed. Instead, governments almost everywhere pour public money into planetary destruction.

Look at the £500m the UK government proposes to spend on buying up beef and lamb that will be unsaleable after a no-deal Brexit. This reproduces the worst and stupidest policy the European Union ever conjured up: the intervention payments that created its notorious butter mountains and wine lakes. Brexit, for all its likely harms, represents an opportunity to pay landowners and tenants to do something completely different, rather than spending yet more public money on trashing our life-support systems.

The IPCC, like our governments, fails to get to grips with these issues. But when you look at the science as a whole, you soon see that we can’t keep eating like this. Are we prepared to act on what we know, or will we continue to gorge on the lives of our descendants? 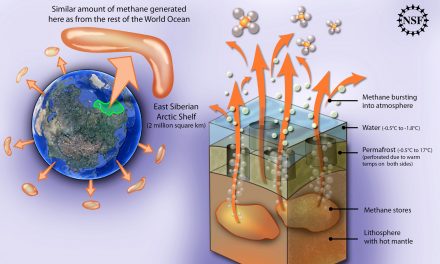