Are we really going to let this happen on our watch?

Biodiversity is defined as the variety of life in the world or in a particular habitat or ecosystem. Back in 1993, the Second Committee of the UN General Assembly decided we needed an International Day for Biological Diversity (IDB) to increase understanding and awareness of biodiversity issues, now observed on May 22. How prescient of them.

Fast forward 26 years and we are hurtling towards a collapse of the natural world, thanks to humans. The recent publication of a 1,500-page report from the Intergovernmental Science-Policy Platform on Biodiversity and Ecosystem Services (IPBES) outlined just how bad things are. Based on research and analyses by hundreds of experts from 50 countries, the writers found that around:

One million animal and plant species are now facing extinction, many within decades, more than ever before in human history – thanks to impacts that our species is perpetuating.

“Nature is declining globally at rates unprecedented in human history – and the rate of species extinctions is accelerating, with grave impacts on people around the world now likely,” said the report summary. We are rapidly destroying the very environment we rely on for survival – and if we don’t instigate transformative changes, we will not survive.

You’d think this would be huge news. You’d think this would be some of the biggest news in our lifetimes. Yet according to a report by Public Citizen, we don’t seem very interested. In the first week of newspaper coverage about this dire report, 31 of the top 50 newspapers in the United States did not report, editorialize about or otherwise mention the findings in their print editions.

We wrote about the report when it came out, but given its importance and that May 22 is the International Day for Biological Diversity, I wanted to bring it up again.

The following is a letter by Tim Mohin, Chief Executive of Global Reporting Initiative, and I think it does a great job of summing things up and what needs to be done:

“As the global community marks International Biodiversity Day (22 May), we also face the sobering fact that human impact on the planet has entered a stage that is fast approaching a point of no return. For earth’s living ecosystems, the effect is already being keenly felt at its devastating worst.

By now we all understand the real and present danger of climate change and why urgent action is needed to pull us back from the precipice. Yet — inexplicably, given the mounting evidence from all parts of the world — the major threat to biodiversity has not been given equal billing.

In this context, the global assessment announced this month by the Intergovernmental Science-Policy Platform on Biodiversity and Ecosystem Services (IPBES), contributed to by 130 countries, is both timely and urgent. And it makes for challenging reading.

As the IPBES report sets out, the global impact of human activity has had its most rapid and destructive effect on biodiversity in just the past 50 years, leading to widespread loss of habitats, damage to ecosystems, and even species extinction.

Fundamentally, biological integrity and diversity is the safety net that provides us with the resources we need to live and thrive on this planet. Yet it is our approach to meeting human demand for food, water and natural resources that is leading to the decimation of these very resources.

The problem is that our short-term focus means we have lost our connection and relationship with the natural environment. We cut down pristine forests that perform essential functions like storing carbon in order to support beef production. We take fish out of the ocean at unsustainable rates that can collapse intricate food chains.

What all this point towards is a looming biodiversity catastrophe — and an urgent need for us to do much, much more to reassess and understand how we are approaching and using the finite global resources available, and what the impact on biodiversity is of that exploitation.

Corporate reporting on sustainability impacts — by businesses, organizations and governments around the world — is part of the solution. Robust data, and the accountability that comes with it, gives individual companies the insights needed to take action that helps contribute towards solutions.

The GRI Biodiversity Standard recognizes that the survival of plant and animal species, genetic diversity and natural ecosystems contributes to our wellbeing and directly impacts efforts to address poverty and advance sustainable development.

So, through sustainability reporting, organizations can better understand and communicate their impacts, engage stakeholders and make choices and changes that safeguard biodiversity on a local, regional and global scale, as well as optimize their own performance. Greater transparency on this critical issue will also play a key part in informing global dialogue to find and implement workable solutions.

Ultimately though, actions speak louder than words. The warning of accelerating extinction from IPBES must be a rallying call to the international community. We need to tip the balance back in both earth’s and humanity’s favor, before it’s too late. Time is running out.”

We seem to be a pretty smart species, we create symphonies and 3D printed hearts and can take pictures of Mars. But really, how smart is a species that knowingly destroys its own habitat, to the point that it becomes unsurvivable? It is up to us, right now, to ensure that we protect biodiversity and treat the natural world with the care and respect required to support our species. It’s not about saving the earth, the planet will go on and be just fine without us – but if we want future generations of humans to thrive, let alone exist, we need to be taking biodiversity much more seriously.

So on that note, happy International Day for Biological Diversity! 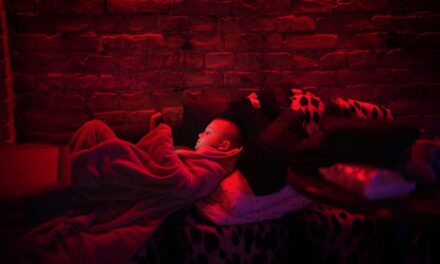 Hedges: Chronicle of a War Foretold 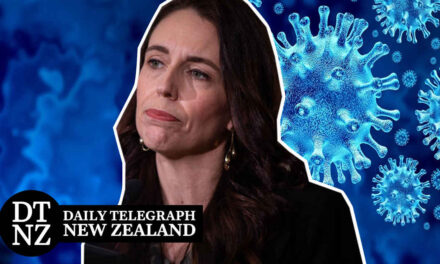