I was 23 when we invaded Iraq, and I wasn’t sure it was based on lies, but something deep down in me—just behind the spleen—told me it was based on lies. Kinda like if your blind date shows up and you notice he has a 2004 flip phone. It seems vaguely worrisome, and no explanation he can haltingly supply will put you at ease. Plus, anyone else who acts like it’s normal also becomes suspect.

The invasion of Iraq just felt like it was a lie to me. And it turned out that I was right, that it was a lie, and that the entirety of the mainstream media and our government were either wrong or lying and, most of the time, both.

Now our government and our media are trying their damnedest to lie us into another war, this one with Venezuela. They tell us the Venezuelan people are desperate for necessities like toothpaste, while independent journalists show piles of affordable toothpaste in Caracas.

And even if they didn’t have toothpaste, that hardly seems like a good reason for America to begin dropping our long-range bad decisions on the heads of innocent people. Turning a town into an impact crater for the sake of a battle to stop gingivitis seems a bit extreme.

The mainstream media and nearly the entirety of the U.S. government tell us Juan Guaido is the “interim president,” even though he was never elected to that position and the current president is still leading the Venezuelan government and military. So I guess this “interim” is the time between Guaido being a nobody and the time when he goes back to being nobody but now gets to tell women at parties, “You know, I used to be interim president.”

The mainstream media also inform us that the Venezuelan military set U.S. aid trucks on fire, when video shows opposition forces doing it. Furthermore, the idea of Venezuela taking “aid” from the country whose sanctions are crushing them would be like the Standing Rock Sioux accepting gift packages from the construction crews swiss-cheesing their land to lay down the Dakota Access pipeline. Unless the boxes are filled with industrial paper towels to help clean up oil spills, I fail to see how it would be beneficial. Sometimes you do indeed have to look a gift horse in the mouth (or should I say “gift dog”).

This is not the first time our government and our media have conspired to drag the American people into war with another country—or helped create a coup that will inevitably have disastrous results. So I thought this would be a prime moment to go through the top four greatest hits.

This is widely considered to be the birth of modern media propaganda, because it was the first war actually started by the media. Newspapers fabricated atrocities in the never-ending quest for more readers.

And as The New York Times noted, “[T]he sensationalistic reporting of the sinking of the American battleship Maine in Havana harbor on Feb. 15, 1898 … and all the other egregious reporting leading up to the Spanish-American War might have been considered merely cartoonish if it hadn’t led to a major international conflict.”

I think maybe The New York Times got that quote confused with its mission statement: “Cartoonishly dragging America into major international conflict since 1851!”

Sure, most everyone knows the catastrophic Vietnam War was precipitated by the Gulf of Tonkin incident, in which U.S. naval vessels were fired upon by villainous North Vietnamese torpedo boats. Following that skirmish, Defense Secretary Robert McNamara recommended that President Johnson retaliate, and the full-force Vietnam War had begun. But most Americans still don’t know that there was no Gulf of Tonkin incident—unless you count U.S. naval ships literally firing their weapons at weather events they saw on the radar. The 2003 documentary “The Fog of War” finally revealed the truth. Former Secretary of Defense Robert McNamara confessed that the Gulf of Tonkin attack did not actually happen.

That’s right. It never happened. Much like leprechauns or dragons or Simon Cowell’s talent, it was a figment of our national imagination.

The lies of our government, followed by the fawning, credulous reporting from our media, led to the death of 58,000 U.S. service members and as many as 3.8 million Vietnamese.

The United States government has one of the most powerful Departments of Fabrication and Falsification ever assembled. It’s a modern marvel on par with the Great Pyramid of Giza and Rafael Nadal’s down-the-line running forehand.

Of course, there’s the most obvious lie about Iraq, i.e., that Saddam Hussein had so many weapons of mass destruction that he would often use one to scrub hard-to-reach places while in the tub. But that wasn’t the only falsehood manifested to bring about our complete annihilation of the sovereign nation Saddam ruled over. There were others, such as the idea that Saddam was connected to al-Qaida and perhaps played a role in the 9/11 attacks. William Safire at The New York Times, in May 2002, wrote, “Mohamed Atta, destined to be the leading Sept. 11 suicide hijacker, was reported last fall by Czech intelligence to have met at least once with Saddam Hussein’s espionage chief in the Iraqi Embassy.”

Yes, Safire was able to polish a load of bullshit so thoroughly it would sparkle like a sapphire. And that column is still up on the Times’ website, without a correction or retraction. I would say the Times is only useful for covering the bottom of a birdcage, but I’d fear the paper would lie your pet cockatoo into an ill-advised invasion, killing millions.

But the propaganda didn’t even stop there. There was also the anthrax attacks following 9/11. Anthrax was mailed to press outlets and the offices of politicians. To this day, many people still believe it had something to do with Iraq or al-Qaida because of award-winning national embarrassments like Brian Ross.

“Brian Ross at ABC News wrote ‘the anthrax in the tainted letter sent to Senate Majority Leader Tom Daschle was laced with bentonite’ and ‘bentonite is a trademark of Iraqi leader Saddam Hussein’s biological weapons program.’ ” As Salon so clearly put it, “All of those factual claims … were completely false, demonstrably and unquestionably so. … Yet neither ABC nor Ross have ever retracted, corrected, clarified, or explained these fraudulent reports.”

And, as you would expect, following that blatantly false reporting, Brian Ross did not lose his job. In fact, he wasn’t put out to pasture from ABC News until last year, when he “reported that fired national security adviser Michael Flynn was ready to testify that Trump told him to contact the Russians during the campaign.”

That report—much like the rumors of Brian Ross’s journalistic integrity—turned out to be absolutely false.

(In my professional opinion, anyone who had anything to do with the selling, perpetrating or planning of the Iraq War should never again hold a position higher than assistant trainee to the guy who picks up the shit of a dog that does not belong to anyone of any particular importance. If that position does not exist, we as a nation should create it just for this moment. Yet, despite my objections, Robert Mueller (head of the FBI at the time of the invasion and a big supporter of it) is leading the biggest investigation in the country. John Bolton, who advocated for the Iraq invasion as far back as the 1990s, is now national security adviser. Bill Kristol, who pushed for the war and said it would last two months, is now a regular panelist on MSNBC. And the list goes on.)

Unlike Defense Secretary McNamara, who admitted the Gulf of Tonkin incident never happened, we don’t have a smoking gun showing that the Bush administration created these lies to get us into Iraq. … Oh, wait! Turns out the paper shredder at the Bush Oval Office was on strike for a higher minimum wage in 2002, and in fact, we do have a memo written by Bush’s defense secretary, Donald Rumsfeld, a year before U.S. forces unleashed a reign of terror on the Iraqi people. His memo about war with Iraq stated, “How start? US discovers Saddam connection to Sept 11 or to anthrax attacks? Or maybe a dispute over WMD inspections?”

I’m not sure what’s more striking—that this memo exists, or that it sounds like the Bush boys planned a massive international battle the same way a broke 35-year-old maps out his bad novel that he’s sure is the ticket out of his mom’s basement.

Point is, multiple completely false stories laid the groundwork for an invasion of Iraq that left well over 1 million people dead.

Number 1: The Bombing of Syria

President Bashar Assad gassed his own people, thereby guaranteeing more American involvement—and he did it just days after Donald Trump had told the Pentagon to begin withdrawing troops from Syria. At least, that’s the story the corporate media repeated on-loop for at least a month, only pausing every 10 minutes to try desperately to get us all to buy more things with “baconator” in the name or to seek out a harder penis.

So we are expected to believe Assad did the one thing that would ensure more U.S. involvement just as he was about to win his war? It’s kinda like how, when I’m about to win a fistfight, I often poke myself repeatedly in the eye. You know—just to keep it exciting.

His tweet said that after six months of investigations, he can prove that no fatalities occurred in the hospital. Yet our breathlessly inept mainstream American media, with little to no evidence, ran around saying, “There was a chemical attack! Those poor people! And they don’t have toothpaste, either! We must bomb them to help them!”

The overarching point here is that we’ve replaced our media with stenographers to the ruling elite long ago. The ruling class comes up with a lie to manufacture American consent for its all-American war crimes, and that lie is then sprayed like laminate all over average American citizens. This goes on until such time as any average citizens who question said lie is looked at like they have two heads, and one of them is covered in rat shit.

For the “journalists” who hose the lies across the country the best, awards and private jets and rooftop drinks with midlevel celebrities like Chuck Norris await them. Now we’re getting to the point where the actual rulers—the Trump administration, etc.—are not even hiding their corruption. John Bolton stated on Fox News that the ultimate goal is to steal Venezuela’s oil. But our media continue to tout the propaganda line. Even after Bolton said that, you won’t see Anderson Cooper or one of Fox News’ grand wizards saying, “Venezuela is undergoing a U.S.-backed coup because we’d like to steal their oil.” It’s truly dizzying that the corporate media preserve the propaganda even after the “leaders” have revealed their true sinister intentions.

On the inside of Wolf Blitzer’s eyelids, the phrase, “Must Defend the Matrix” blinks in red.

The propaganda line for Venezuela right now is, “We want to help the poor Venezuelans.” Well, if you want to help them, then keep America out of their face. Don’t force them to have anything to do with the country that came up with drive-through fried food served in a bucket and opioid nasal sprays. At no point does anyone look at the Donald Trump presidency and think, “Wow, that country really has things figured out. I hope they bring some of their great decision-making to our doorstep.”

If you think this column is important, please share it. Also, you can join Lee Camp’s free email newsletter here.

This column is based on a monologue Lee Camp wrote and performed on his TV show, “Redacted Tonight.” 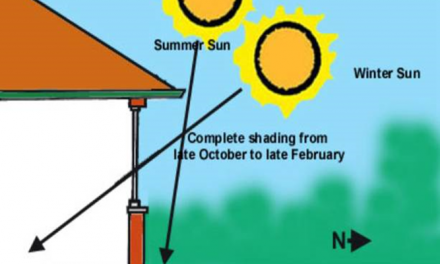