We’ve closely followed the statements of Democratic presidential hopefuls to the American Jewish Committee. Almost every candidate so far has been careful to skirt the Israel question, hinting at some mild criticism of Israel but not actually voicing it. Joe Biden went after the Palestinians. Kamala Harris embraced Israel. No one has mentioned the occupation or Palestinian human rights with any specificity.

Till now, that is. Bernie Sanders weighed in yesterday with a forceful message that connects the murder of his own family by the Nazis to his fight against the crushing, humiliating military occupation by Israel of Palestine.

Sanders said that Gaza is also occupied, that Netanyahu is a reactionary who is planning to annex the West Bank, and that a two-state solution must produce a viable Palestinian state based on the ’67 lines, with Jerusalem as a capital. Just what Netanyahu rejected and shoved in Barack Obama’s face eight years ago in the White House, without any consequences.

Sanders began by saying that anti-Semitism is not an abstract idea to him. “I am Jewish and very proud of my heritage.” His father emigrated from Poland at the age of 17 to escape discrimination.

“Those in his family who remained in Poland after Hitler came to power were murdered by the Nazis. Antisemitism is not some abstract idea to me. It is very personal. It destroyed a good part of my family.”

He said that Jews therefore have a special role to play. “Jews who have been victims of discrimination for centuries must help lead the effort in fighting back against hatred and racism wherever and whenever we see it.”

And that includes Israel. Sanders calls himself “someone who believes absolutely and unequivocally in Israel’s right to exist in peace and security, who as a young man lived in Israel for several months.” But:

We must say loudly and clearly that to oppose the reactionary policies of Netanyahu doesn’t make anyone anti-Israel. Let me say it again, I am vigorously opposed to the reactionary, racist and authoritarian policies of Donald Trump. That does not make me anti-American. I am not anti-Israel because I oppose Netanyahu’s policies.

Yes, Sanders itemized Trump’s racism more than Netanyahu’s. But Sanders becomes specific about those policies. Saying that the United States should lead the world with a foreign policy that focuses “on democracy and human rights rather than on a foreign policy that emphasizes the continued use of military force,” he moves to Israel’s treatment of Palestinians.

I see Israel making enormous technological advances with the capacity to serve as an engine of innovation and prosperity for the entire region, yet unable to achieve this goal because of its unresolved conflict with the Palestinians. I see a Palestinian people crushed under a military occupation now over a half century old, creating a daily reality of pain, humiliation and resentment. Let me be clear, I do not know how peace can be achieved in that region when in the Gaza Strip poverty is rampant, 53 percent of the the people are unemployed, the number of unemployed is even higher for young people. And 99 percent of the residents cannot leave that area. That is not a sustainable situation. Ending that occupation and enabling the Palestinians to have independence and self-determination in a sovereign, independent, economically viable state of their own is in the best interest of the United States, Israel, the Palestinians and the entire region. It is a necessary step in insuring that Israel is accepted and integrated into a region it has so much to offer.

There is enough blame to go around on all sides, he says. The peace process will be very difficult, but agreements are possible if there is a serious willingness to sit down and talk and compromise. Sanders seems to channel his Brooklyn homey Norman Finkelstein:

The truth is that the parameters of a solution are well-known. They are based in international law, they are based in multiple UN Security Council resolutions, and they are supported by an overwhelmingly international consensus. Two states based on the 1967 lines with Jerusalem as the capital of both states.

Then back at Netanyahu:

Unfortunately Prime Minister Netanyahu and his allies seem to be preparing for a future in which Israel controls the entire territory between the Mediterranean Sea and the Jordan River in perpetuity and the Palestinians receive limited autonomy within a disconnected series of communities. That is not an acceptable outcome for anyone who supports the security, freedom and self-determination of both peoples, as I strongly do.

Sanders links Netanyahu to rightwing “demagogues” around the world. “We are seeing the rise of authoritarian intolerant political leaders who are attacking the foundations of democratic societies.” They are fanning hatreds. Instead of using their leadership positions to bring people together around their common humanity, “these demagogues try to divide us up by our religion, by the color of our skin, by the country we came from by our gender, or our sexual orientation.”

He closes by explaining that Jewish history gives Jews a special role to play in fighting intolerance and injustice.

As history reminds us time and time again, the antidote to hatred, division and resentment is to bring people together around a shared vision of equality and prosperity, of creating societies that work for all and not just a few. I am absolutely convinced that the future will belong not to those who practice bigotry and hatred but to those of us who believe in peace and justice and are willing to fight for those values.

Based on our history, no one should be more active in that struggle than the Jewish people.

These strike me as the most explicit references Sanders has made to his Jewishness, to Jewish exceptionalism, to the price his family paid to anti-Semitism, and how that history informs the struggle against the persecution of the Palestinians by Israel and against Netanyahu.

Remember that in 2016, Sanders shocked the Democratic establishment by daring to say Netanyahu is not always right, debating Hillary Clinton before the New York primary (yes, weak beer, but…). Once again, Sanders is leading the discussion inside the Democratic mainstream/progressive world. Yes, the grassroots are giving him the freedom to make these daring statements. But he is leading the way in mainstream forums. 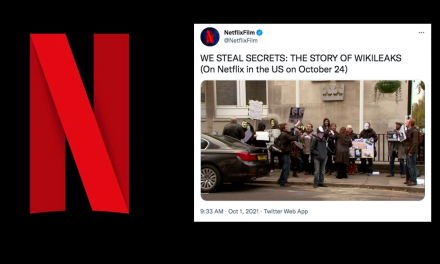 Empires Are a Secret until They Start Falling

How to Stop the Next Pandemic: U.N. Report Links Outbreaks to Climate Crisis & Industrial Farming