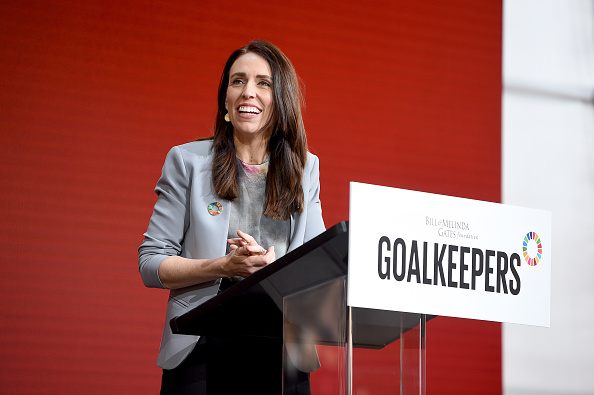 “Economic growth accompanied by worsening social outcomes is not success,” Ardern said. “It is failure.”

She said the global obsession with economic growth as the ultimate measure of success intensified in the 1980s, when countries around the world began to cut social safety nets and promote privatization. As a result, inequality began to soar, with some people becoming spectacularly wealthy while others struggled to escape poverty.

Ardern has become a champion of changing this framework. She advocates for a new paradigm of success that uses the United Nations’ Global Goals as its guiding set of principles.

She said every policy pursued by a government should improve the human welfare of all people in a society.

In New Zealand, that involves the Indigenous Maori people, who have historically faced widespread discrimination and social exclusion. Since taking office, Ardern has struggled to better include Maori voices in decision-making processes.

The prime minister has also emphasized the link between human well-being and the environment, and has vowed to phase out fossil fuel subsidies to combat climate change.

“There is no point in subsidizing the climate change we seek to [fight],” she said.

The well-being budget, in particular, reflects a growing trend in the global development space. The World Bank, for example, unveiled its new Human Capital Project earlier this year to encourage countries to invest in the welfare of children as a way to ensure future economic stability. The thinking is that children who receive health care, education, and nutritious diets will be more productive in the future.

For Ardern, the logic of this approach is self-evident.

“When you start looking beyond simple cost benefit analysis and look at the cost benefit of human welfare then you make record investments in [unlocking human potential],” she said.