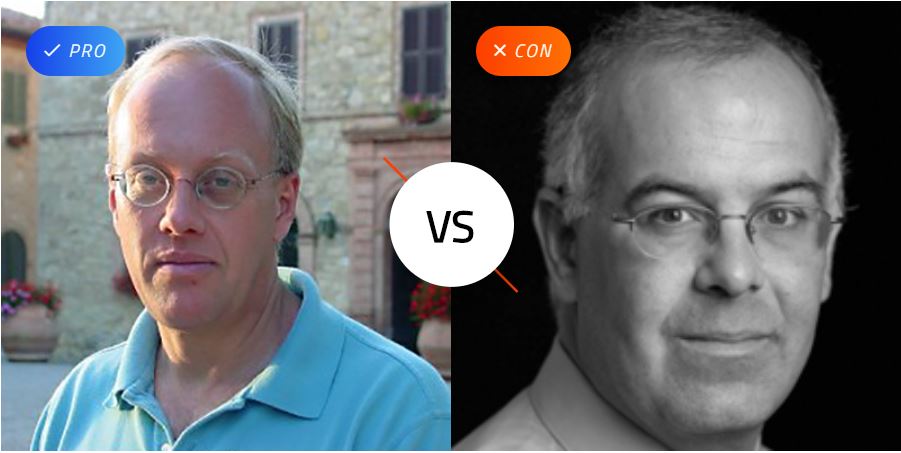 Published by The Munk Debates

Falling life expectancy. Rising economic inequality. Power concentrated in hands unelected elites. An environment poisoned by profits. For some, the crises present day America faces are existential. As such, the political response needs to be commensurate to the moment and nothing short of a root and branch political revolution. For others, this revolutionary impulse on the Right and Left spells disaster. The victories of liberalism have always been incremental. Society’s institutions and the social consensus are inherently fragile. Steady, realistic reforms are best and only path to creating an enduring and just society.

Chris Hedges is New York Times best-selling author of a dozen books, including War is A Force That Gives Us Meaning, and a Pulitzer-prize winning journalist.  He writes a column every Monday for the web site Truthdig and is the host of On Contact on RT America. He spent 20 years as a foreign correspondent in Central America, the Middle East, Africa, the Balkans and Paris.  He served as the Middle East Bureau Chief, where he spent seven years, and the Balkan Bureau Chief for The New York Times.  Hedges covered the wars in El Salvador and Nicaragua in the 1980s.  He also covered the 1989 revolutions in Eastern Europe. He reported extensively from the conflicts in Iraq, the Israeli occupied territories, Yemen, Algeria, southeastern Turkey and the wars in Bosnia and Kosovo.  He covered Al Qaeda for The New York Times in Europe and the Middle East after 9/11 while based in Paris.  Hedges speaks French, Spanish and Arabic.  He has a B.A. in English Literature from Colgate University and a Master of Divinity from Harvard University.  He was a Nieman Fellow at Harvard University where he studied Classics, including ancient Greek and Latin.  Hedges is an ordained Presbyterian minister.  He has taught at Columbia University, New York University, Princeton University and The University of Toronto. He currently teaches in the Rutgers University B.A. program in the New Jersey prison system.  Hedges is married to the Canadian actor Eunice Wong.

“Change comes by creating popular movements that put pressure on the centres of power and make them fearful.”


David Brooks is an American cultural and political commentator who was born in Canada when his father was earning his PhD at the University of Toronto. He is a bi-weekly columnist for The New York Times’ op-ed pages and a regular analyst on PBS NewsHour and NPR’s All Things Considered.

Brooks is known for using humour and passion to address his audiences on topics that include present-day American and foreign politics, culture and healthcare.

As an author, Brooks is best known for his New York Times bestseller Bobos in Paradise: The New Upper Class and How They Got There, published in 2000. He’s also the author of New York Times bestseller The Road to Character, which illustrates how to reach success through selflessness. In his most recent book, The Second Mountain: The Quest for a Moral Life, Brooks explores how to have a life of meaning and purpose.

Brooks holds an undergraduate degree in history from the University of Chicago and honourary degrees from Williams College, New York University, Brandeis University and Occidental College, among others. He is a member of the American Academy of Arts and Sciences, and currently teaches at Yale University.

“When you concentrate power and political elites, you put thugs in power and unleash rivers of blood”

You can read David Brooks’s column on the need for incremental change here.

David talks about record low trust in American institutions. The Pew Research Centre recently came out with a report indicating that most Americans have lost confidence in their government and elected officials, making it harder to solve the country’s problems

David talks about the violence that came from the French, Chinese, and Russian revolutions. Here are 4 violent revolutions that changed the course of human history.

Chris laments the neoliberal project for creating a global oligarchic class, whereby eight families own as much wealth as 50% of the world’s population. The world’s 500 richest people added $1.2 trillion to their collective net worth in 2019.  The wealthiest 0.1% of Americans now hold a larger share of wealth at any point since 1929.

Chris blames the neoliberalism of Bill Clinton for the ills facing Americans today. Here is a look at how this political approach became vilified in the American lexicon.

David cites political scientist Robert Putnam’s comparison of the present-day unrest to the progressive era of the 1890’s. Like today, there was a big economic transition, high inequality, great migration, technological change and corrupt politics.

Both David and Chris talk about the Green New Deal, from different perspectives. Presented by freshman congressman Alexandria Ocasio-Cortez, the Green New Deal is a climate proposal that aims to tackle climate change with sweeping political, social, and institutional changes. 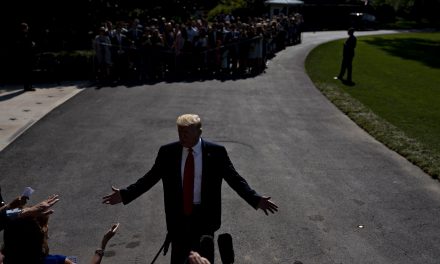