The holiday season is the perfect time to cozy up with these top 21 movies for animal lovers. From animated classics like Bambi to new favorites like Frozen 2, these are our top picks for heartwarming movies that the whole family can enjoy.

Annabelle’s Wish (1997) is a Christmas story of friendship between a talking cow and her owner Billy. Disney classic Bambi (1942) reveals the bleak reality of hunting animals for sport. Happy Feet (2006) tells the story of a dancing penguin named Mumble, and it showcases humanity’s impact on wildlife.

101 Dalmatians (1961) is an animated classic that empathizes with animals that are killed for their fur. Ferdinand (2017) features a bull of the same name who does not want to participate in bullfighting. Stop-motion classic Chicken Run (2000) tells the story of egg-laying chickens as they plan their escape from the farm. Babe (1995) is a drama about an orphaned piglet who gets taken in by a farmer, played by now-vegan actor James Cromwell.

FernGully: The Last Rainforest (1992) sheds light on the need to protect the rainforest. The Fox and the Hound (1981) tells the story of an unlikely friendship between a hunting dog named Copper and a fox named Tod. Fly Away Home (1996) features a young Anna Paquin, whose character Amy becomes a mother figure to young goslings.

Spirit: Stallion of the Cimarron (2002) is about the capture and eventual freedom of a wild horse named Spirit. The Lorax (2012), based on the famous Dr Seuss book, teaches the importance of respecting nature above all. Marmaduke (2010) follows the story of a dog who must navigate the divide between pedigree dogs and other dogs.

Frozen 2 (2019) marks the return of Anna and Elsa as they must fix the environmental destruction of older generations. Charlotte’s Web (1973) is an animated classic about a pig named Wilbur who is saved from slaughter thanks to his spider friend Charlotte. Live action movie Black Beauty (1994) calls attention to the abuse suffered by carriage horses, and even incited demand for new legislation.

Rio (2011) reveals the cruel smuggling trade of tropical birds. Brother Bear (2003) allows its main character Kenai to become empathetic to all animals. Finding Nemo (2003) sheds light on fish being captured for aquariums. This film also debuted the famous line: “Fish are friends, not food.” Legendary animator Hayao Miyazaki’s Spirited Away (2001) has many environmental undertones. The 2019 remake of Dumbo reveals the cruelty to animals that occurs in the circus, and ends with a return to the wild.

LIVEKINDLY is your home for informative, thought-provoking content for humanity, our home, and those who share it with us. Featuring new plant-based videos every Tuesday and a weekly vegan news recap every Friday. 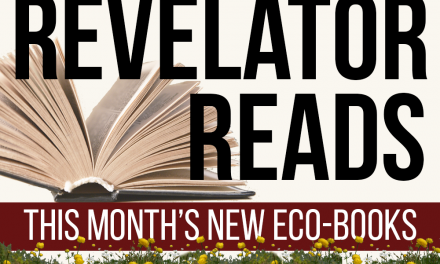 Raise Your Children to Be Happy, Healthy and Complete

7 Vegan Nutrition Tips to Help You Fight the Coronavirus